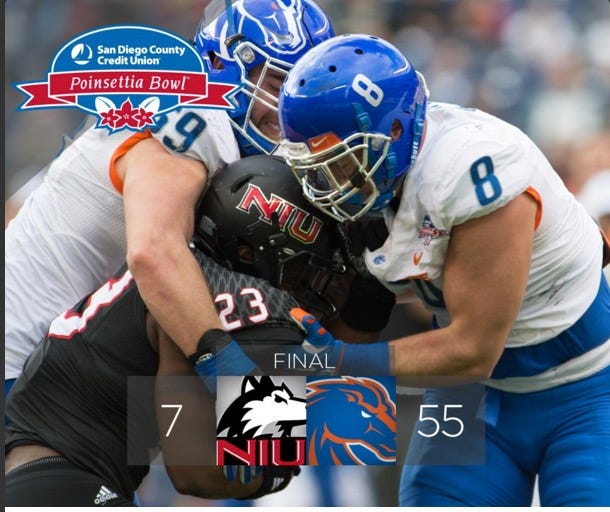 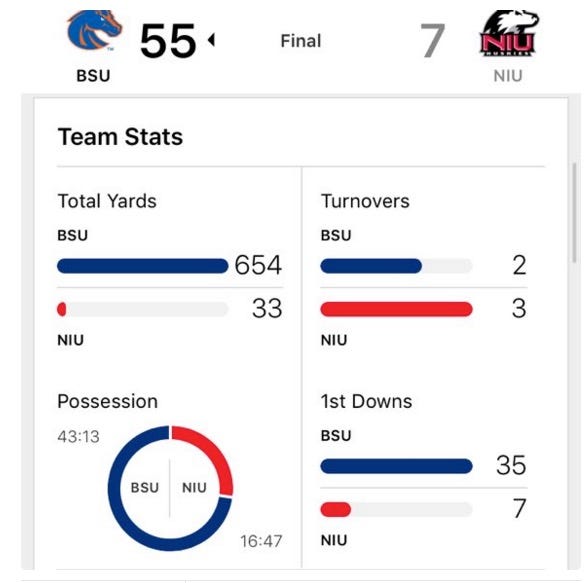 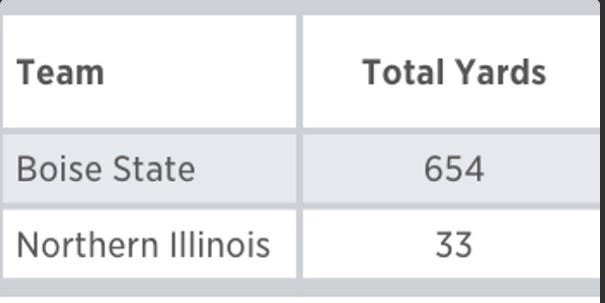 I mean…Northern Illinois can’t be allowed to play football anymore right? Like their team has to be immediately disbanded and the players either divided amongst other schools or just forced into retirement?

I know, they were actually pretty good this season…they won the MAC West, they took Ohio State to the wire, they beat a ranked Toledo. But sometimes something so bad happens that all your previous accomplishments can’t save you – something like getting OUTGAINED SIX HUNDRED AND FIFTY FOUR YARDS TO THIRTY THREE IN A GAME. It was the 3rd biggest blowout in terms of yardage margin since 2000 in any college football game, and it happened in a god damn Bowl.

Usually teams get the Death Penalty handed down to them by the NCAA for rules violations…Northern Illinois just got it from an opposing team ripping their hearts, lungs and guts out all over the field of the Poinsettia Bowl.