YouTube – Package thief caught in the act. Neighborhood watch wouldn’t have it! Neighbor makes the thief sit down and wait for the cops after he tries to run! Local Spokane Hero

Maybe it’s just me but I’d expect the type of person who’d be a do gooder catching someone in the act and filming it to be a certain type of person, the “neighborhood watch guy” who relishes being in the right and feeling like he’s making a difference he doesn’t normally make in his regular life. But then as you get to the halfway point of the video, we find this is actually our “Local Spokane Hero”: 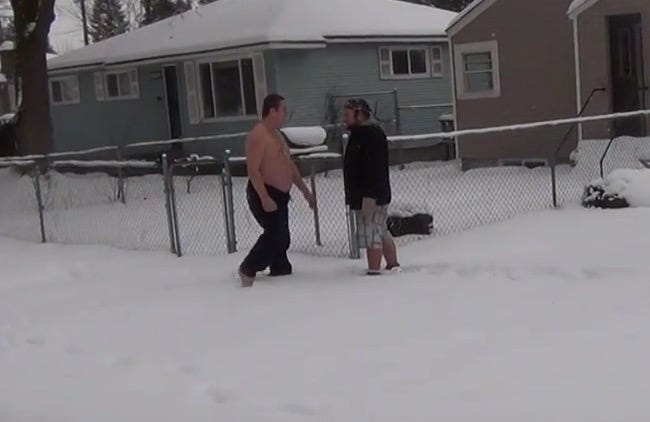 I was baffled as to why that package thief guy was walking around in shorts in the snow and the only thing I could think of was “Hmm, it must be in a trashy neighborhood.” Thankfully the cameraman being revealed to be a shirtless dude with a grown fat midget body who dropped gay slurs and threatened to sic his dogs on this guy was there to confirm my suspicions. But really it’s the thief’s fault for not going to a nicer area to steal packages. Those people are way more likely to be at work during the day instead of standing around shirtless watching for suspicious activity. And if he’s staying in this neighborhood (which he also seemed to be from, like an idiot), the best thing he’s probably stealing is a copy of Fallout 4 or a Wal-Mart gift card but way more likely the most he’s making off with are some Affliction hoodies or ICP box-sets. The trade-off in risk vs reward simply wasn’t there. Bad moves by a guy who seems to have such great judgment otherwise.

Despite his failings though, the shirtless camera man won the day and saved Christmas so I have to tip the ol’ cap to him. Here’s a White Trash Hero Shot to celebrate his courage: 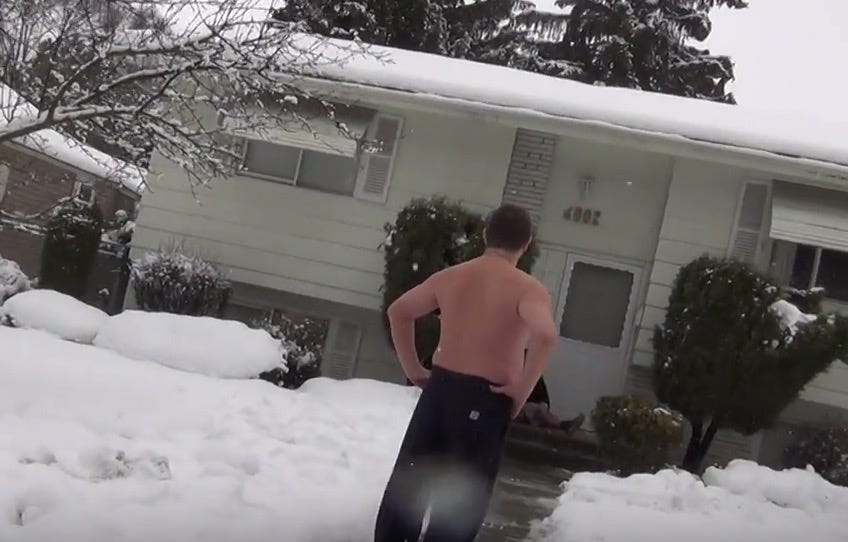