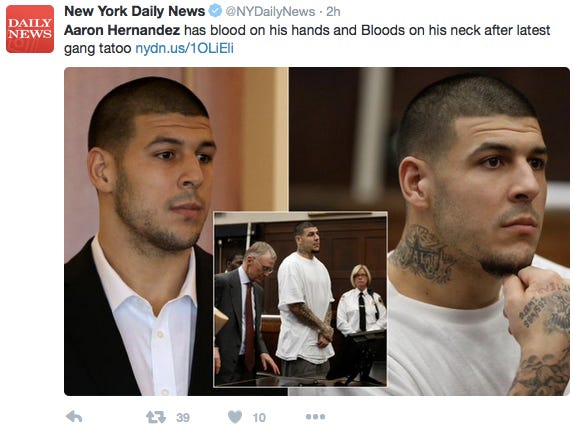 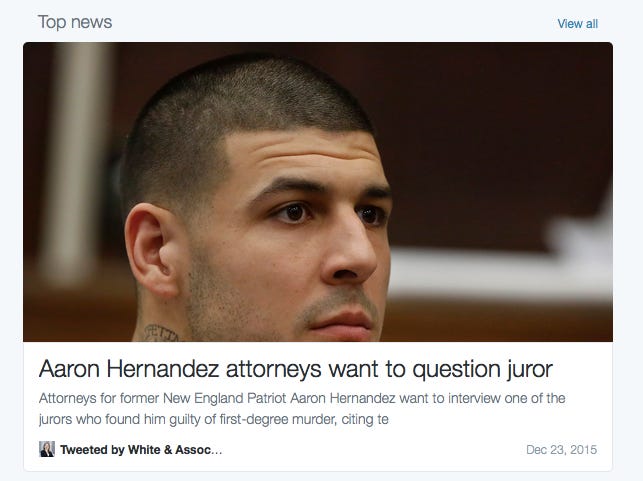 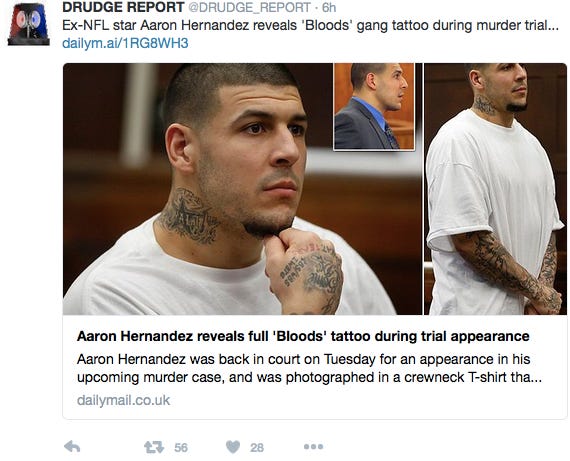 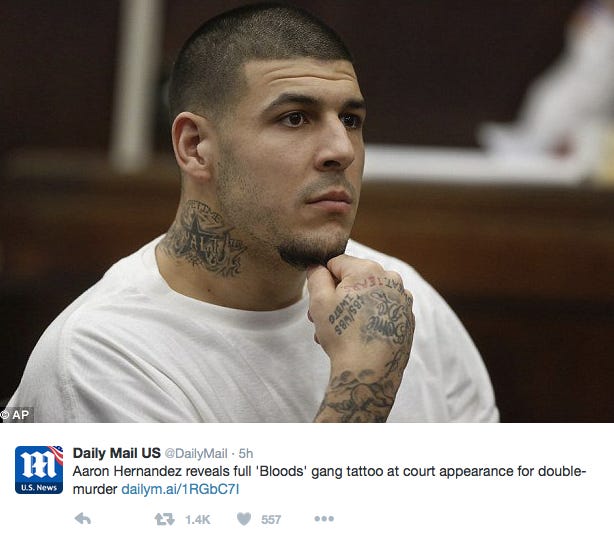 I just need to know, how much longer is this going to be a thing? Is it for the rest of Hernandez’ life? For the next fifty years do I need to be ready to be bombarded with articles and stories about how the criminal is acting like a criminal? Do we really need an update every time Aaron Hernandez spits on a guard, gets in a fight, has a shank, or gets some new ink? Hands down this is the dumbest thing going. I mean I think Jason McIntyre is finally convinced he’s guilty now? 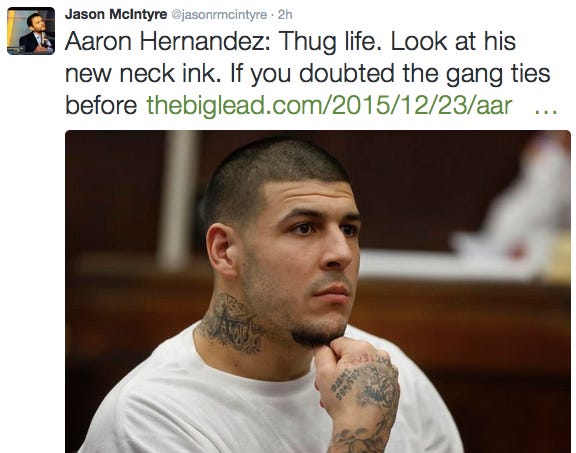 “If you doubted the gang ties before”? If you still doubted Aaron Hernandez’ gang ties and weren’t convinced by him shooting people in the face all over the eastern seaboard then I doubt a new prison tattoo is what’s really going to push you over the edge.

I’m not trying to cover it up, or anything. Aaron Hernandez played for the Patriots and murdered people. That happened. But how fucking long is this guy going to be a story for? Just let him rot. I don’t need international news and trending Twitter topics every time the guys in prison act like prisoners.