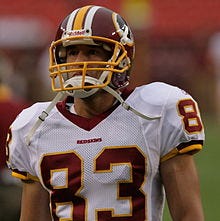 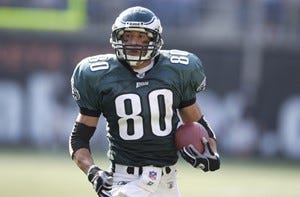 NJ.com- Any chance the Giants might have of making the playoffs sits in the hands of a formerEagles and Redskins wide receiver. Oh, the irony.

But that’s the situation for the Giants on Wednesday as they wait to see the fate of star wide receiver Odell Beckham Jr. for Sunday night’s game against the Minnesota Vikings. Beckham is facing a one-game suspension for multiple violations in this past weekend’s loss to the Carolina Panthers.  Beckham has appealed the discipline. His hearing and the decision are expected Wednesday.

Here’s everything you need to know about the appeal:

What: Appeal of a one-game suspension

Where: 345 Park Avenue New York, NY at the NFL’s offices

When: Noon (ET) … with a decision is expected rather quickly.

Why: Beckham and the Giants are hoping he can play in Sunday night’s game against the Vikings. If the Eagles beat the Redskins on Saturday night, the Giants playoff hopes could be on the line when they take the field in front of a national audience.

Nice to see the NFL has James Trash as their appeals officer for this ODB case.  I am sure there is absolutely no bias or motives involved in his decision making or anything

The Giants whole season potentially coming down to a former player of the teams that Giants are chasing in the NFC East race is a mockery of the league’s justice system.  Who is the NFL’s executioner, Todd Stinkston?  Goodell is Mussolini!  Goodell is Mussolini!  Name me another team that has been unfairly persecuted by the league more than the Giants.  You can’t!  This injustice will not stand.  #FreeOdell.

Just kidding, that human spear to the helmet means ODB should get that suspension in the biggest game of the year and the GMen dont deserve the shitty NFC East crown by the way they “finished” games.  Great work, Odell.