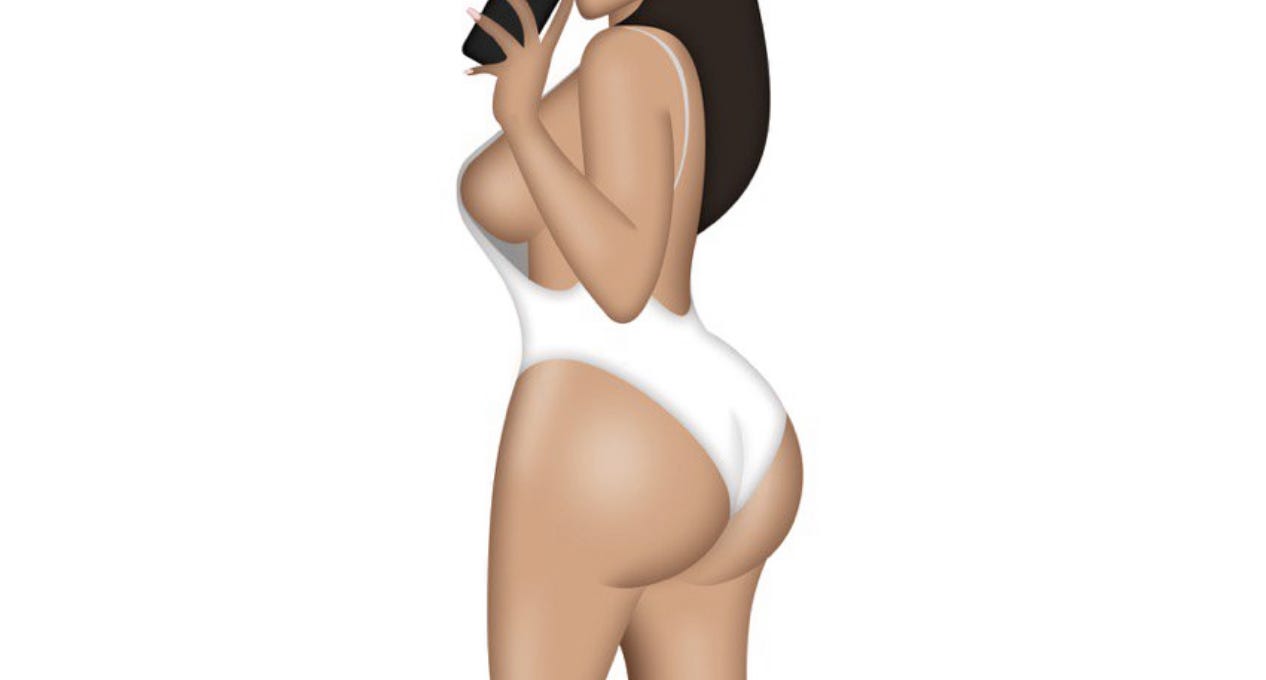 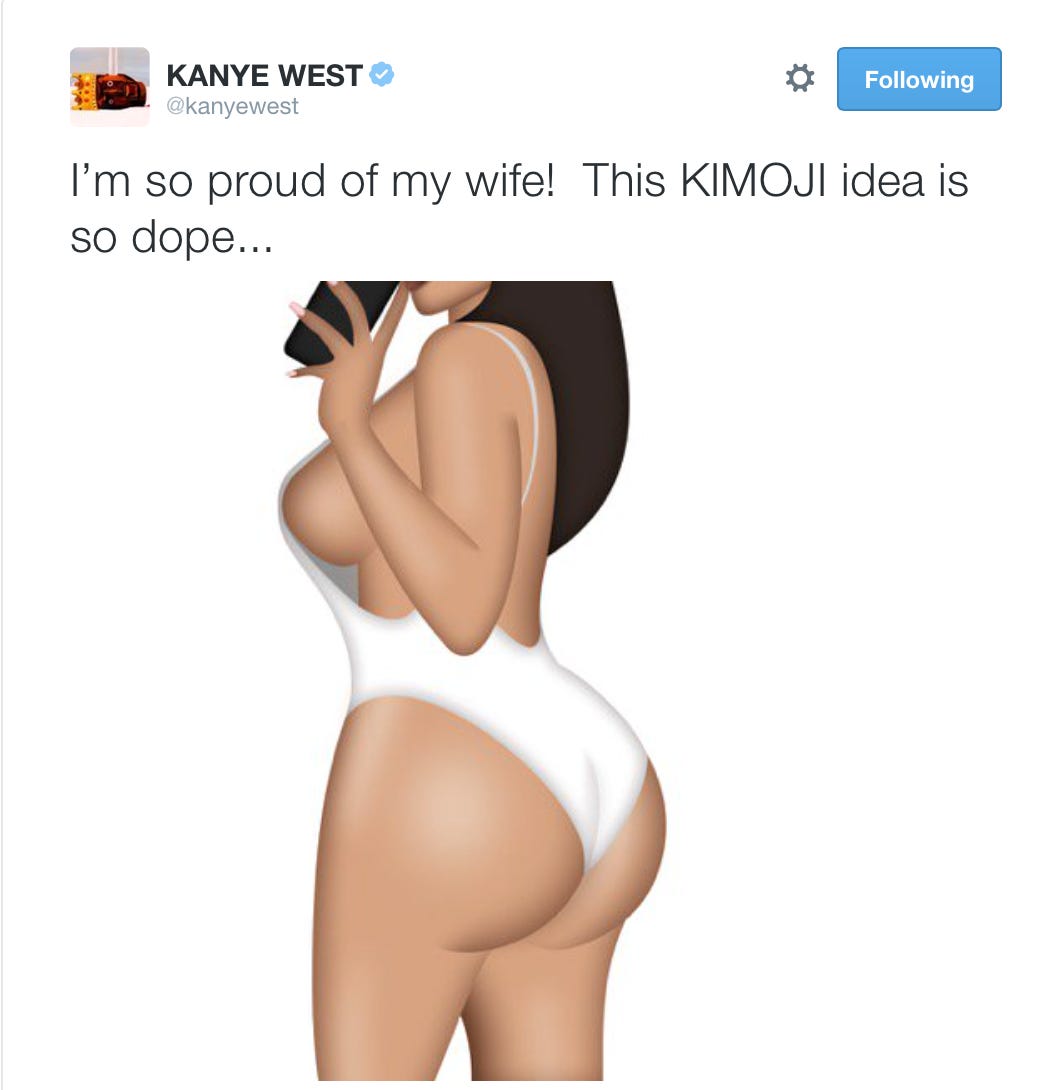 NYP- Kim Kardashian West is causing havoc on the Web — again. The launch of the reality TV star’s $1.99 emoji app on Monday appeared to crash Apple’s App Store as fans rushed to get their hands — or at least their thumbs — on the package of icons. The app, which the 35-year old mother of two calls “Kimoji,” features 250-plus icons including a profile of her in the third trimester of pregnancy, her famous side-boob and butt swimsuit selfie and scores of others. At one point, according to reports, more than 9,000 people per second were downloading the app. At that rate, Kim’s Kimoji was grossing about $1 million a minute. Cha-ching! “Ahhhhhhhh I still can’t believe we broke the entire App Store!!!! #KIMOJI,” she tweeted Monday afternoon after some fans expressed frustration at not being able to download the app.

There’s gonna be two things our kids’ kids look back on in the history books that will be hard to explain.  One is Donald Trump’s presidency.  Not just that he ran, but that he won and was elected president of the United States of America as that becomes more and more likely with each passing day. It’s gonna be hard to explain how a guy got elected saying things like, “We’re gonna get the best people on it.  We’re gonna have the best people look at the situation and we’re gonna Make America Great Again” and how that earned him the most powerful office on the planet. And two is the Kardashians and their wild popularity. I’m not a Kardashian hater who thinks they have zero talent because they clearly have something but it’s gonna be hard to explain how a line of Kim’s cartoon butt literally broke the internet and made millions of dollars per minute. Kim could take a dump in a box and mark it guaranteed and it’d make a billion dollars. She’s got spare time. Either the Kardashian family is going to be impossible to explain to people 50 years from now or they will be in every marketing textbook about how to use the internet and Brandy’s brother to become gazillionaires.  Maybe it’s both.

PS- I don’t care what you think of Kim or her family. Kimoji is a clever name for her line of emojis. That’s just a fact. There’s a less than 1% chance she came up with it but still.