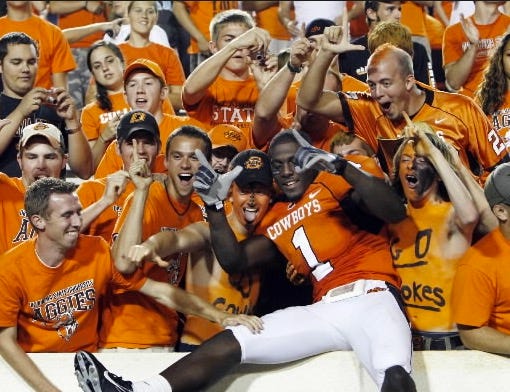 I’m not sure how many people (if any) have ever seen this raw footage, but here is Dez Bryant legitimately racing a horse (Bullet) on the turf at Boone Pickens Stadium. It is mesmerizing.

Oh just Dez Bryant casually neck and neck with a horse in a footrace. Pretty sure he flat out tied the second race too? 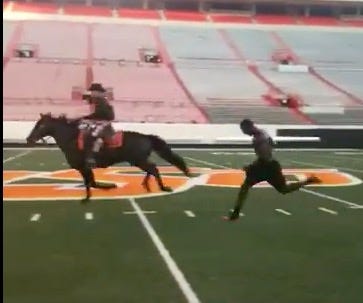 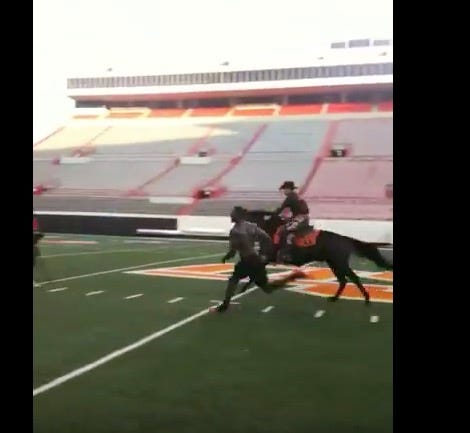 Just in case you were wondering how NFL teams were able to overlook his off the field issues and suspensions when Draft time rolled around. Being as fast as a fucking horse > character concerns. 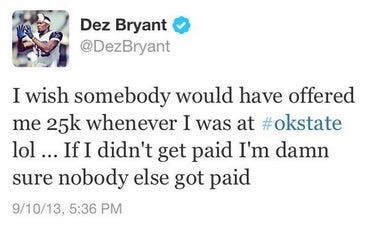