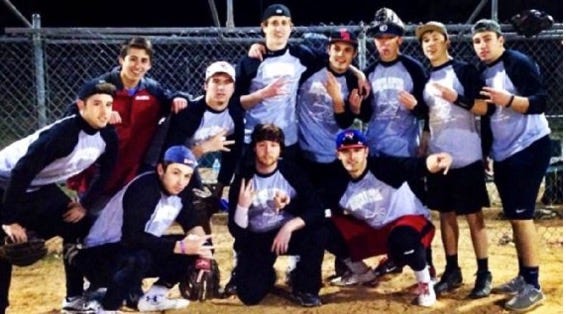 ESPN On New Year’s Eve, Mayfield will lead Oklahoma into the College Football Playoff Semifinal at the Capital One Orange Bowl against Clemson. This year, Mayfield finished fourth in the Heisman voting after throwing for 35 touchdowns, propelling the Sooners to a Big 12 championship and a spot in the playoff.

Before Mayfield emerged as one of the most recognizable faces in college football, he was the new guy nobody knew on the sixth floor of the Muldrow Tower freshman dorm.

Pretty cool feature on Baker Mayfield, who is starting to have quite the backstory attached to his name. How he almost quit football in high school to become a professional Halo player… 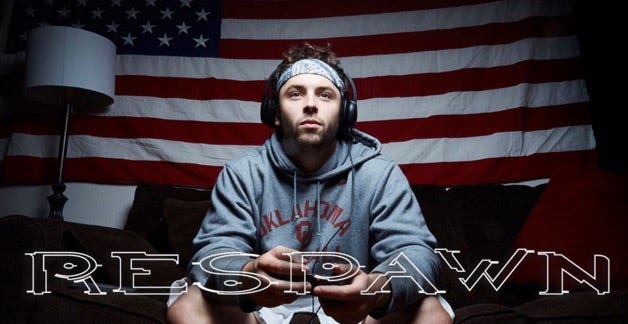 How he dates a smoke from a rival in-state school… 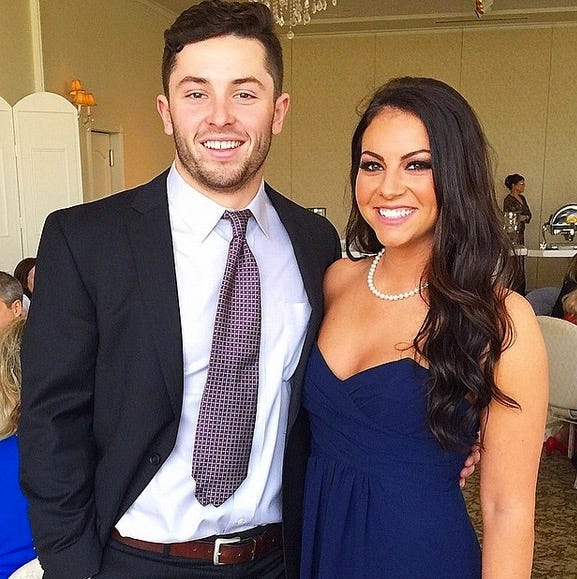 How he finished 4th in the Heisman voting this year (still not idea how he didn’t get an NYC invite), led his team to the College Football Playoff, and has the best white boy dance moves in the game…

And now…how he dominated IM softball and got kicked off the IM football team by the league for being way too good during his forced year off.

The Muldrow boys had such a blast playing hoops, they decided to put an intramural softball team together.

“We had talked about it — it was formed in theory,” Ray said. “But when Bake got there, basically he was the one who said, ‘I’m in, and we’re doing this.’ ”

They picked a NSFW team name, even had jerseys made and wore them to class the day of their first game, like a high school football team.

“We practiced a lot, too. We took it pretty serious,” Boggs said.

They won in a run-rule in their first game, with Mayfield going yard in his first at-bat.

“Baker’s range at shortstop was unreal,” Pine said. “Nobody could drop those bloopers on him. He would make diving catches all the time. And he had a phenomenal arm. So he’d sit way back in the grass.”

“I couldn’t even see the ball cross the diamond when he threw it,” Ray said.

“We’re whupping this team, but this skinny second baseman said something about Baker,” Ray said.

“About Tech not wanting him and how OU didn’t want him, either,” Boggs said.

By the end, the second baseman had shut up.

“Baker little-brothered him,” Ray said. “Every time we switched innings, Baker would run by and say, ‘How did you like that?’ ”

They won the championship, finishing the season undefeated. Afterward, the team circled their cars in the parking lot and turned their headlights on. The celebration culminated with Refsler and Mayfield staging a dance-off.

That fall, Mayfield was a member of the team but was ineligible because of Big 12 transfer rules. Yet he still played on the Muldrow intramural football team.

“He was like, ‘I don’t even want to play quarterback. I’ll play receiver, don’t target me every time or anything,’ ” Pine said. “We won the first game, against the best team, too.

“The second game came around, he’s playing wide receiver, and nobody really cared. Then it gets down to where we’re losing by six, and there’s like 10 seconds on the clock.”

So they conjured up a trick play where Mayfield would throw the ball.

“He throws a bomb like 60 yards on a dime, somebody catches it and we win the game,” Pine said. “Thirty minutes later, we get an email saying he wasn’t allowed to play anymore.”

“It was all good until he made that throw,” Shaw said.

Not really surprising that a starting QB for a top 4 D1 school in the country would be really, really good at intramural sports. But anytime you can say you were literally kicked out of a league and not allowed to step on the field because you were so good, that’s pretty cool to add to your legend.