Just a brutal weekend for your boy in the Milly Maker. Had one lineup do well enough to help me recoup some of my losses –

But the optimal was garbage.

QB – I was between Carson Palmer and Brady as my top QB play, and after seeing some of the late projections for Palmer ownership %, I went with Brady. Turns out both did exactly mediocre. Brady’s was at least at low, good quality tournament ownership, but after a hot start, the Pats took their foot off the gas which is exactly what I was afraid of.

RBs – Due to salary I ended up having to choose between Peterson and Hopkins for which blog pick I wanted to put in my lineup, and I ended up with Hopkins because of %. Jeremy Hill punched in 2 touchdowns, but a fumble and barely any yards kept his total too low to be profitable. Meanwhile James White was a great hunch play on my part pairing up with Brady. Hightower I said was too cheap to fade and I don’t regret the pick – unfortunately the Saints D letting them fall down by 3 touchdowns pretty much immediately ruined his running game prospects.

WRs – DeAndre was my blog pick because I knew Yates would feed him – annnd then Yates shredded his ACL. He salvaged an OK day, but still, 17.4 is not the score you want for a 8.5K receiver. Alshon had 1 catch…sweet. At least it was a touchdown. And Willie Snead was a solid value play at low ownership, one of my few good calls this week.

TE – Gates was a late addition after some late-week comments about wanting to play extra hard and bring something special to Sunday’s game. 15 points is OK but I think I gotta stop listening to that kind of stuff. 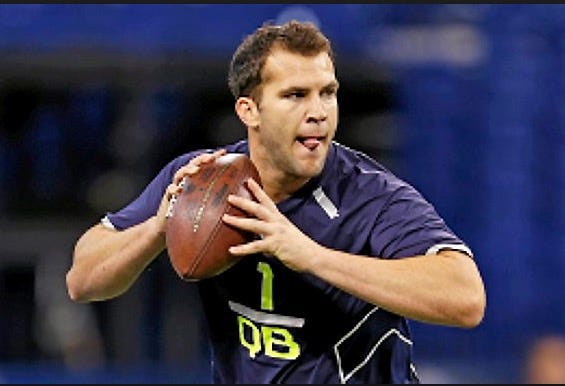 The Saints pass defense is like, historically bad. Every time I think hey maybe a QB won’t destroy them this week…they get destroyed. Enter Blake Bortles, who may not win a lot of games in real life, but in fantasy life he can vault you to the top of a leaderboard. Guy just chucks it around with no regard for human life, and with a couple of banged up running backs he should be forced to throw a lot once again – which, like I said, is good against the Saints D. He’s had a floor of around 25 lately with a ceiling around 40 – if I can get 30-35 points out of him at 6.5K I’ll be pretty happy.

Other QB options: Love Big Ben this week (more on that later). Each week I think Cam will come back to Earth, then he plays better than ever – if they jump out to a big lead he’ll come out early, but he’s still a great play. I also love Brady – nobody owns the guy lately and he should be forced to chuck it all over the Jets. For some cheap options, it makes me kind of nauseous, but that Sunday Night game has some pretty awful pass defenses – if you can stomach it, both Eli and Teddy Bridgewater have a shot at doing some damage. 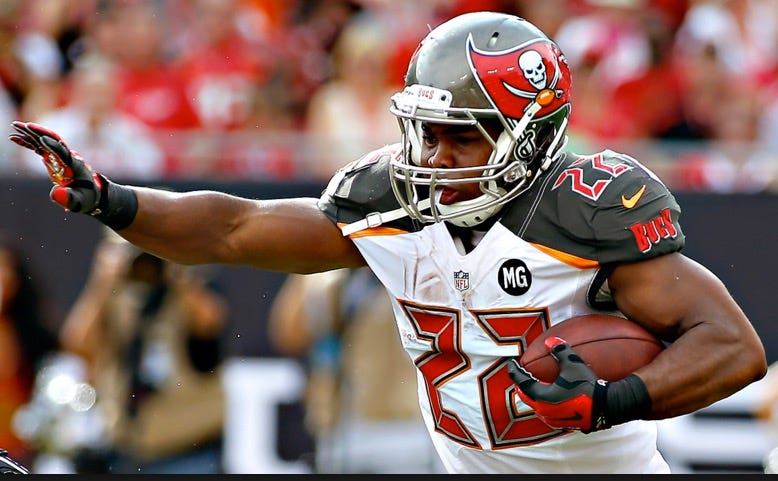 I think all things considered David Johnson is my favorite RB on the slate, but he’s not really featured-pick material coming off a 1,000,000 point Monday Night explosion (which won me my season-long league, thank you very much David). Little too point-chasey for my tastes, but I will be playing him heavily. Instead I’m going with my #2 guy – Doug Martin. He’s been piling on the yards all season, the Bucs have been limiting Jameis in the passing game, and he has a matchup with the Bears incredibly bad run defense. But the kicker? Yup, you guessed it…coach quote!

“I think it’s important to our offensive line to help Doug Martin be the leading rusher in the league,” Smith said. “It’s important. It’s always about the team goals at the end, but there’s some individual things going on to be able to remember this season by.”

Of course what a coach says on a Wednesday doesn’t automatically mean it will happen on the field on Sunday. In fact probably more often than not these things don’t pan out (remember all the reports about how much Andy Reid LOVED Charcandrick West heading into his first start, only to watch him pile up like 3 fantasy points?). But it’s clear that the Bucs are at least aware of the stakes and want to feed Doug Martin in theory – so combine that with his talent and his production all season and that’s about as good as you can do for a meaningless Week 16 game.

Other RB options: I got screwed on him last week because of his injury, but AP is once again a top option against the Giants. I’ll be focusing on the Steelers air attack but I do love DeAngelo Williams this weekend. You’ve got some good mid range/cheap guys with question marks – Charcandrick West if Ware is limited, Denard Robinson if he’s good to go, Karlos Williams if it looks like he’ll get the bulk of the carries. I really like James White again for the Pats, and for a long shot dart throw I might roll with a hot Rashad Jennings. 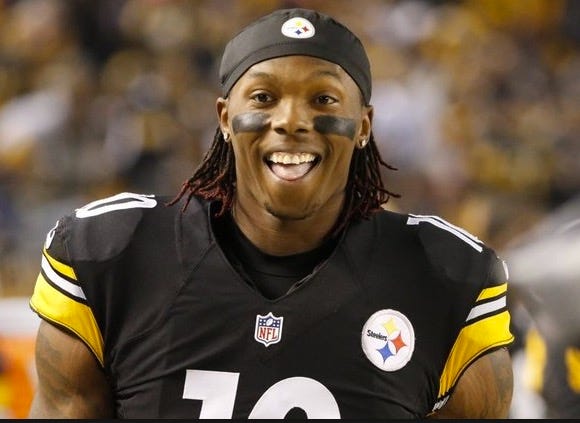 If I roll with Blake Bortles I’ll be automatically pairing him up with Allen Robinson and expecting big stats from both – pound for pound Robinson is probably my #1 receiver play with price factored in. Without price factored in, Antonio Brown is the #1 guy, in a game where the Steelers should absolutely light up the Ravens – but I have absolutely no problem dipping down FOUR THOUSAND dollars to the number 2 option, Martavis Bryant, who has been on fire lately. 10 catches last week, getting tons of targets, and playing in a game where the Steelers are looking to clinch a playoff spot, so they’ll be going all out. Again, Antonio is infinitely safer, but that price will cripple your lineup – with Bryant you can get a 30-40 point ceiling at a fraction of the cost.

Other WR options: Once again I think DeAndre Hopkins makes a sneaky tournament play – who knows who will be throwing him the ball, but whoever is will be feeding him against a Titans pass D that gets LIT UP by #1 receivers. In the mid range you’ve got some real solid options: Doug Baldwin, Sammy Watkins, Jarvis Landry, Eric Decker. It might finally be time to fade Baldwin and his 30-40% ownership – he’s gotta regress at some point right? Or maybe not…I think my favorite is Decker, who always gets a ton of targets against the Pats who are focused on shutting down B Marsh – the only question is whether he can turn those into touchdowns. Going cheap I have my eye on 3 guys – Markus Wheaton, Stefon Diggs against that AWFUL Giants pass D, and Reuben Randle hopefully soaking up some OBJ targets. 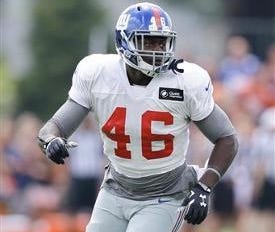 Gronk and Greg Olsen are the obvious safe plays if you feel like paying that much for tight end. There’s really only 2 mid range guys I’d feel comfortable using – Julius Thomas and Delanie Walker. Walker’s matchup isn’t great, and Julius has burned me a lot in the past. I think I might end up going cheap with Will Tye – he’s been solid, and should have a higher ceiling with Beckham out. Or maybe get super sneaky with Kyle Rudolph? Feels gross just typing that.