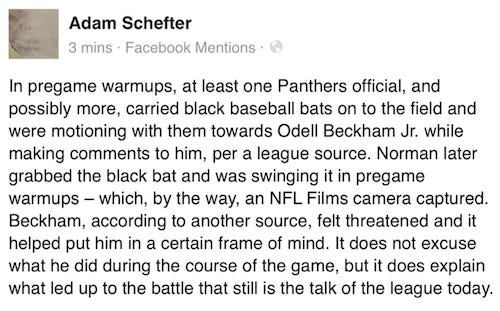 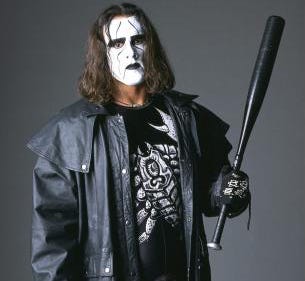 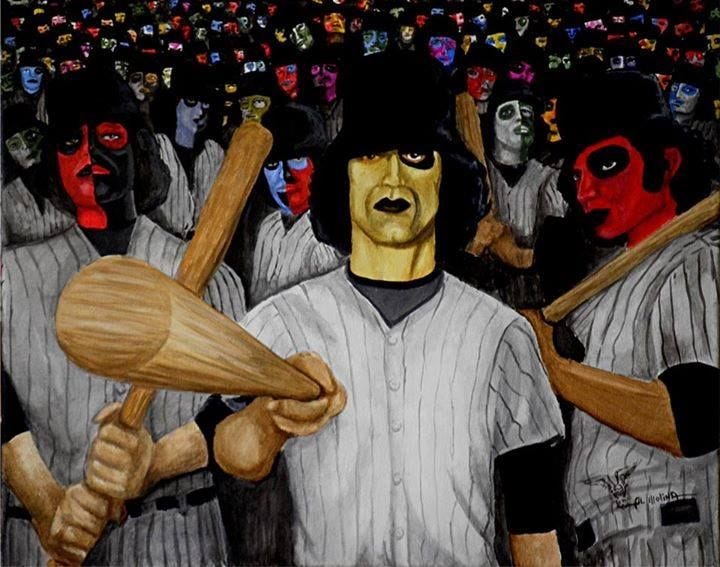 Lots of fallout from yesterday’s ODB debacle. 610 just wrote about how most Giants fans feel about Odell, myself included.  What he pulled yesterday was straight hogwash and he has already had a few bonehead moments in his young career where he lost his cool.

That being said, if a bunch of guys are coming at you with bats before a game and talking all types of nonsense, you have to be prepared to get a little dirty.  Am I saying lunge at a guy’s head and try to give him instant CTE?  No.  But maybe hit Norman with a steel chair when nobody is looking. ODB could definitely sneak a pair of brass knuckles into his uniform. Or the easiest shit of all would have been to throw some of the tried and true Mr. Fuji white powder into Norman’s eyes. Blind him for a few plays, score a touchdown and do The Whip so no one notices that Norman looks like he just went all Tony Montana into a mound of yay. I like to imagine ODB looking through a collection of weapons before his next game against the Panthers like he is Butch from Pulp Fiction right after he kills the gimp.

Again, I am not saying what ODB yesterday was right, but I understand.

Also, Mike Francesa blew up on ODB today, which was entertaining radio as always.

Now us Giants fans are basically locked into Mike hating Odell Beckham Jr. for the rest of his career, even if ODB becomes the second coming of Mother Theresa the next 10 years. It’s not easy to even get your name into Mike’s head. You are “duh kid from” until you at least show him you have some talent. So the fact Beckham made it into last name basis is good. But now, no matter what he does, Numbah One will tear him to shreds. Sorry, Odell. Mike doesn’t care if the Baseball Furies of football were talking shit with baseball bats. You are a hot head for life now.