After massacring the Montreal Canadiens last night 6-2, the Dallas Stars became the first team in the league this year to reach 50 points and are currently the top team in the NHL. And as dominant as the Stars have been all season, I don’t think there’s been a more dominating sequence than this one right here. This 15-second long sequence just goes to show what makes Bennguin the best duo in the league and what makes them almost impossible to play against. You’ve got Jamie Benn all but actually murdering Jeff Petry along the half boards and then Tyler Seguin cleaning up the chaos with a snipe for his 18th goal on the season. Let’s take a look at their offensive production so far through a little over a third of the way through the season. 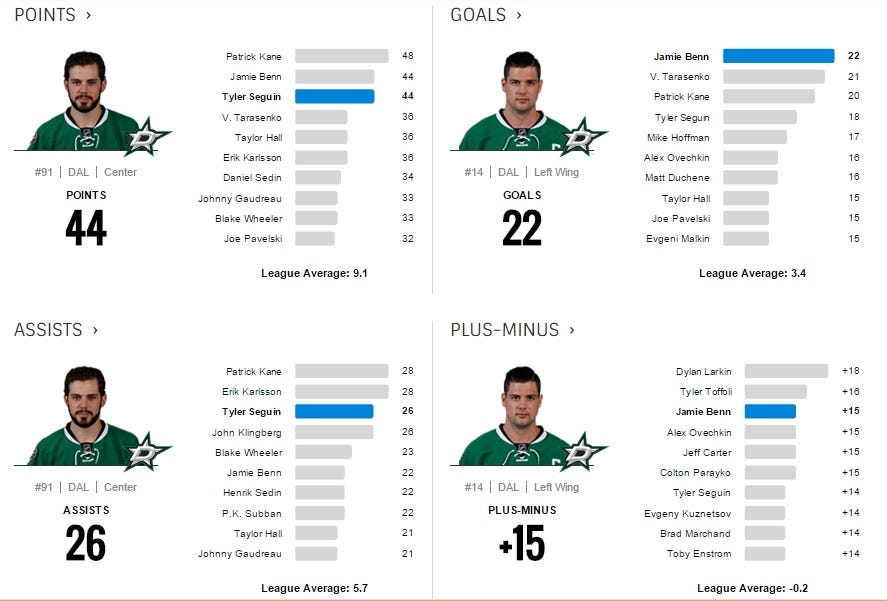 And sure, the points tell a story of their own. The two have been putting up ridiculous numbers together for three seasons now. They were the best duo in the league last season, Jamie Benn ended up winning the Art Ross but the Stars still weren’t a playoff team. This season, however, things are starting to click and the Dallas Stars are very, very much for real. And it’s because of how impossible it’s become to game plan for these two guys.