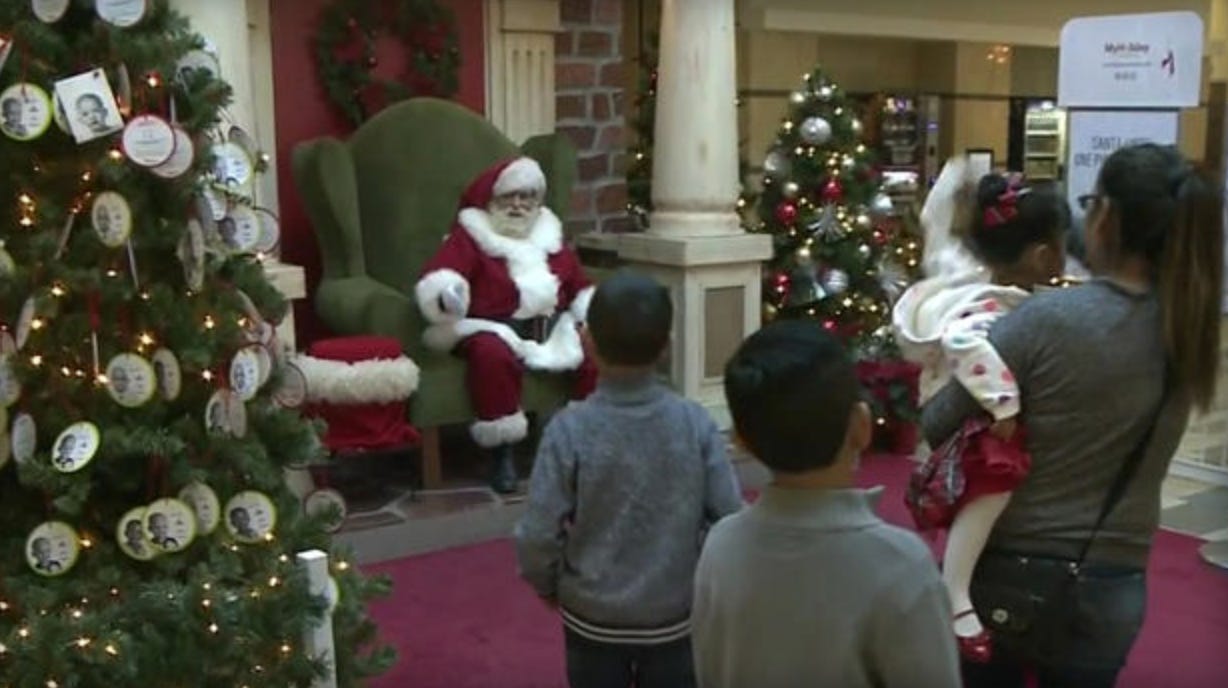 SAN JOSE, Calif. — Parents of San Jose school kids confronted a school board Thursday night after a decision to cancel a field trip to see Santa Claus followed a complaint by a Jewish mother who objected to the school-sponsored outing, CBS San Francisco station KPIX-TV reports. The visit to Santa, along with a “Dear Santa” assignment, was a decade-long tradition at Sartorette Elementary School, part of San Jose’s Cambrian School District. Last week, the Sartorette staff informed parents the school would suspend the outing to see Santa at a local coffee shop after a Jewish mother, who identified herself only as Talia, complained to the school board that the district was celebrating one religion over others. “We need to teach about all the holidays,” Talia told KPIX-TV. “We live in a global society.” Talia said that as a result of her complaint and the decision by the school board other parents began to bully her.

Oh I see what’s happening here.  Don’t you?  It’s pretty damn obvious.  This Jewish Mom can hide behind her progressive stance of, “We’re living in a global society.  Every holiday should be celebrated.  Not just Christmas and Santa Claus. Please cancel the trip” but come on, lady. I see you.  We see you.  You’re scared to let your kid visit Santa Claus because Christmas is a billion times better than Hanukah. Jealousy.  That’s what this boils down to. I’m not even sure what people do on Hanukah but I already know it doesn’t hold a menorah to Christmas.  If it did radio stations would be playing wall-to-wall Hanukah songs and there would be Hanukah trees (probably not a thing cause I literally know nothing about Hanukah but I’m not here to deal with facts) all over the place instead of Christmas music and Christmas trees. Hanukah sucks. Xmas is the big swinging dick holiday when the calendar turns to December.  That’s just the way it is and the way it’s gonna be.  This Mom knows the second her kid sees jolly ol’ St. Nick in his big red suit with his big white beard that it’s over for her and her Hanukah traditions.  Her kid will toss his candle thingy in the trash, start singing Frank Sinatra Christmas songs and demand gifts on December 25th. Just let it happen already.