Man, I just cannot get my act together this NBA season. 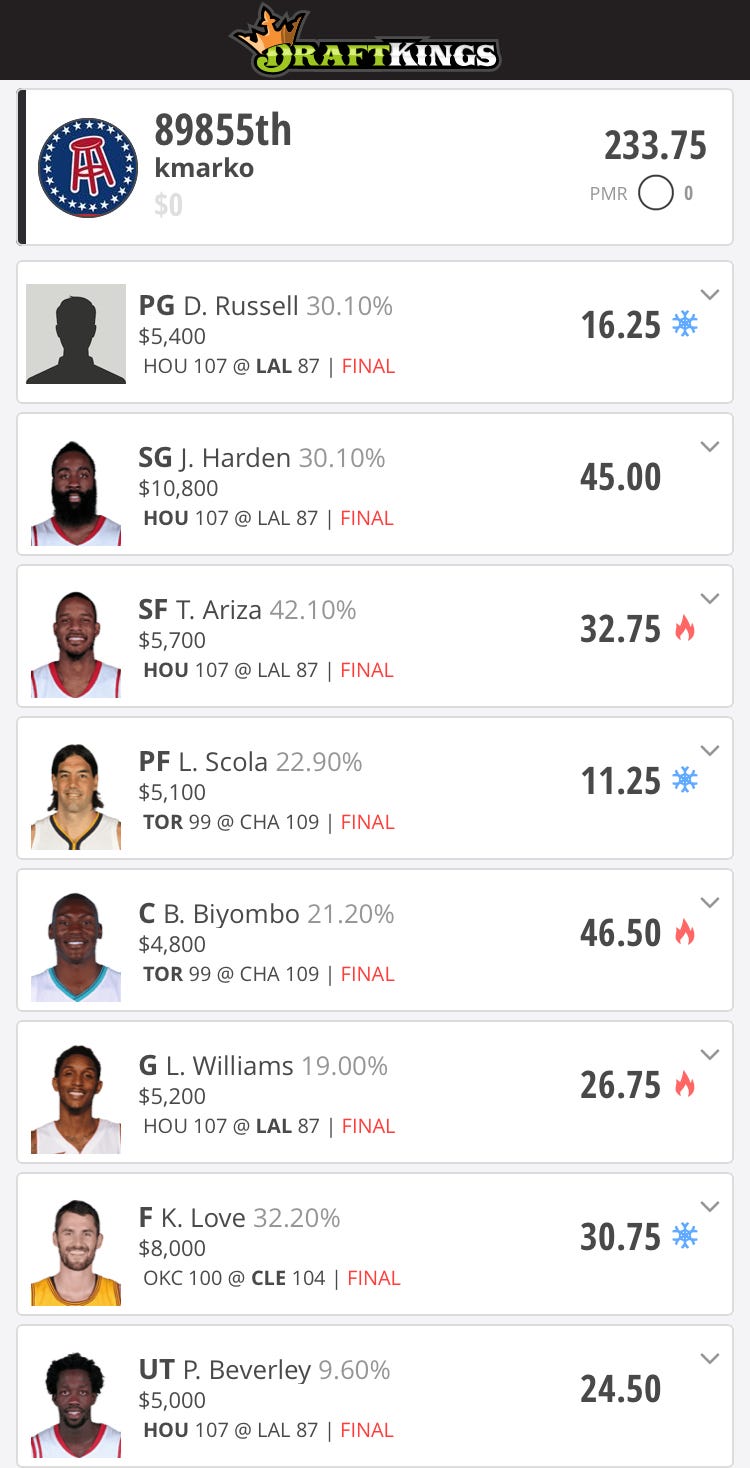 234? You could get your little brother to sign up and make his first lineup and he’d probably beat that. Embarrassing. I was borderline suicidal with my 280 scores earlier in the week, last night’s results might make me mess around and actually do it.

Well we’ve got one night left to salvage the week – keep saying “let’s turn it around tonight” and it’s not working so fuck it, let’s just do this. 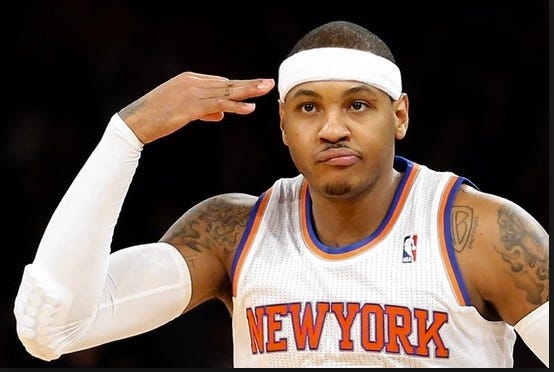 I don’t like chasing points but damn, 3 50+ point games in a row? Normally I’d play it safe because the regression is coming…but normally the guy wouldn’t be playing Philly. Literally every game the Sixers play has a blowout risk, but it’s the Knicks, so at least there’s a chance it’s a close game so we can hopefully count on Melo getting his full minutes. He’s never highly owned in tournaments (that might change tonight with his recent run though) because he’s burned so many people in the past, but his price is still low enough that I’m looking to ride the hot hand in a real nice matchup.

SF Options: Kawhi is an obvious pivot from Melo if you want to feel a little safer with your pick…dropping down in price a little bit, Rudy Gay has been red hot and is super cheap…got some great value options at the 3: Jae Crowder, Omri Casspi and Kent Bazemore are my favorites. Or you could go way down and take a shot on Luol Deng who has been relatively solid. 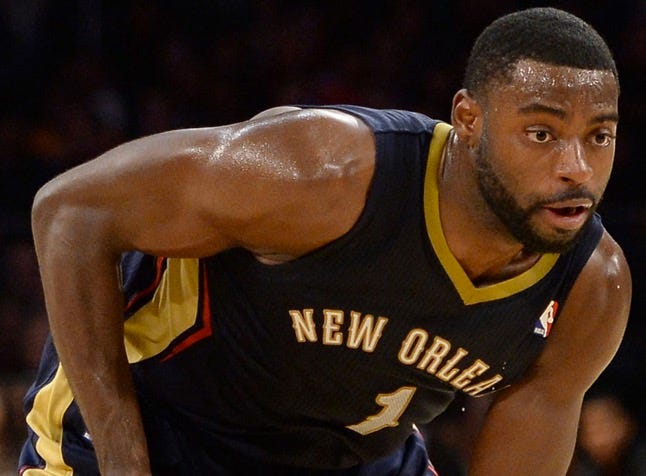 He’s healthy, he’s getting the minutes, and he’s still priced like a mid-tier option when he really has more upside than any 2 guard not named James Harden. Eric Bledsoe is obviously a good option, but for 1000 bucks cheaper I’ll take the guy on the other side who can easily put up 8X value tonight if he’s on his game.

SG options: Eric Bledsoe in a fast paced matchup is always a good play. I’ve been a big fan of how solid McCollum has been all season, and you know how hot Klay can get at any given time. I like some of the cheaper options like Khris Middleton and Wesley Matthews…Alec Burks could be worth a look…and Courtney Lee just dropped a 40 spot last night, FYI. 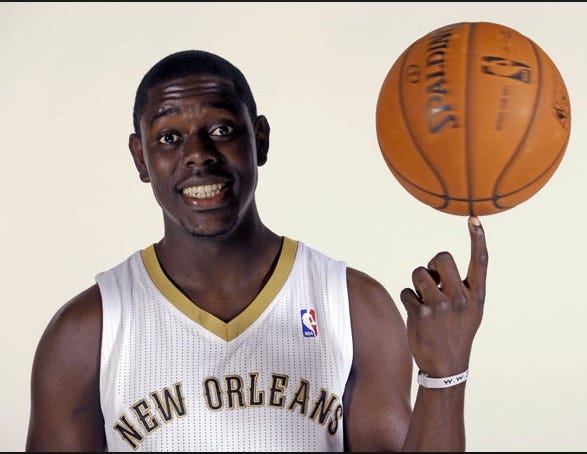 I know I know, I don’t like to give two guys from the same team, but I had already written up Tyreke when I scrolled down the player list and went oh, shit…Jrue is only 5.1K? After a string of 30+ point games? And a matchup with the Suns? Really hard to pass up on that. You’ve got Jeff Green, Alec Burks, Jameer Nelson all in this price range, and Jrue has been playing better than all of them for the past week. He’s healthy and steadily getting more and more minutes post-injury so he should be good to fire up for tonight.

PG options: Steph is your player of the night, and if you’re paying up for 1 guy, I like him slightly ahead of Brow. Chris Paul has been consistent and is still priced too low, while Isaiah Thomas continues to flash 50 point upside every time he’s out there. Cheaper options are MCW, Jameer Nelson, and my personal favorite, Jarrett Jack.