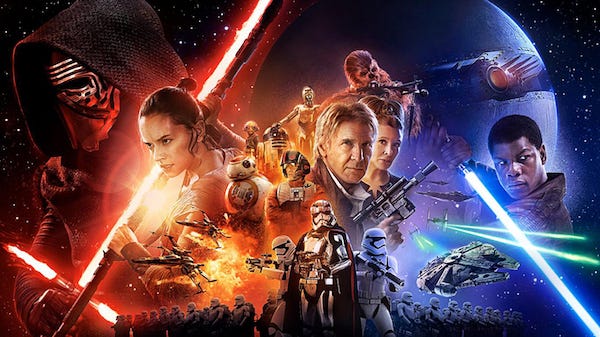 ***SPOILER ALERT.  IF YOU HAVEN’T WATCHED THE FORCE AWAKENS, STOP READING RIGHT NOW.   I DON’T KNOW WHY YOU WOULD CLICK ON A BLOG THAT MENTIONED A RECAP OF THE MOVIE IF YOU DIDN’T WANT TO READ SPOILERS, BUT IF THAT IS THE CASE, CLOSE YOUR BROWSER AND COME BACK HERE AFTER YOU WATCH THE MOVIE***

Okay, before we get to the recap portion of the blog, let me start with my review of the movie:

So that was basically exactly what we hoped for from The Phantom Menace way back when, right?  I mean unless you loved The Phantom Menace, in which case I do not trust you. When I found out I was going to a movie with a buddy that said that his favorite Star Wars movie was Phantom Menace, I thought it was a bad omen.  But as it turns out, everything went just fine.

Please forgive me if this blog sounds like an actual episode of The Chris Farley Show, but I am still on Cloud 9 after last night.  The actual movie reminded me a lot of A New Hope.  Start on a desert planet with the heroes, fly around with Han and Chewy for a while, try to rescue a girl in a sterilized base of the enemy, and the underdogs destroy the most vicious weapon anyone had ever seen that can destroy planets at the last possible moment.  Like it was almost identical to A New Hope. But it is what it is, I suppose.  Also, using the power from a sun to blow up multiple planets was siiiick.

Seeing a downed Star Destroyer was cool, as you were able to envision what years of war would look like.  Plus the Millennium Falcon dogfight going through the Stay Destroyer had me geeking out big time.  Obviously the final battle scene was incredible too, with the X-Wings lighting shit up while we had a good but not great lightsaber duel.  I hated how that battle ended with them being separated by the planet splitting in half and then Chewy just finding Rey and Finn, but I think I can suspend belief for that if I am watching a fucking Star Wars movie.

The best part about this movie is that I feel it is in good hands.  After The Phantom Menace, I thought the prequels were in real trouble.  But it seems like creatively they are in a good place while also having a great cast and strong group of characters.  A few notes on the characters: 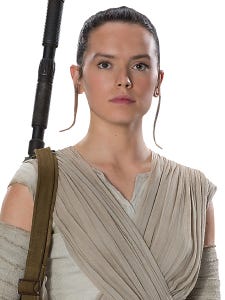 Seems like she can do the job as the lead hero.  I also have a huge crush on Rey.  She was looking sexy as hell at that glasses lady’s bar or whatever it was.  I kept thinking she was the chick from Juno even though she clearly wasn’t Ellen Page.  Anyway, I am a big fan and can’t wait to see girls dress up as slutty versions of her for Halloween for years to come. And I’m not sure how, but Rey and the Skywalkers (including Kylo Ren) have to be related somehow, right?  Siblings?  Cousins?  Fictional characters whose relationship I will definitely learn along the next two movies? More questions than answers, man. 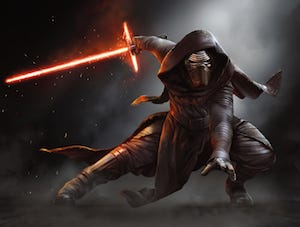 Going in, I wasn’t really sure if Kylo was going to be a Darth Vader ripoff or what.  But I was pleasantly surprised.  He wasn’t some dominant villain either.  He is powerful, but he is clearly not done growing.  And I loved that he would have temper tantrums and destroy shit with his lightsaber like a common man.  If I had a lightsaber, my house would be a pile of ash right now after the way the Giants have lost their games this season.

I am also a big fan of Adam Driver.  He has been good in everything I have seen him in and my brain associating his face with that bag of milk Lena Dunham will only make me wish Kylo dies a horrible death even more.  While I hated seeing Han get killed, I equate it to The Undertaker losing to Brock Lesnar at Wrestlemania.  It was the ultimate way to put over Ben Solo going all in and becoming Kylo Ren.  R.I.P. Han Solo, you are a first ballot member in the Cool Movie Character Hall of Fame. 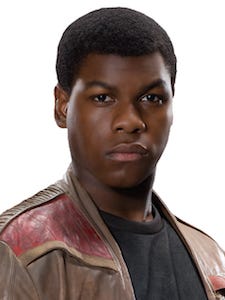 Finn had some real funny lines and strikes me as the guy that will fill the Han Solo role from here on out.  I also thought he was dead after the fight against Kylo Ren, which would have been the most fucked up thing ever after all the hub bub about Star Wars finally putting a black guy in a main role (Lando was always secondary.  I also wish Lando was in this movie.  I need some Billy Dee in my life). I can’t wait to see the firestorm Disney goes through from idiot racists when him and Rey finally seal the deal. 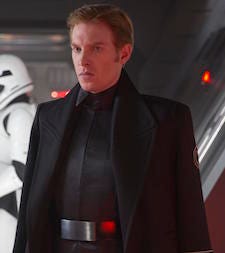 I don’t care that this guy’s name is General Hux.  He is forever General Ginger in my eyes. He really didn’t do any favors for gingers trying to prove that they indeed have souls.  Dude was a heartless fuck.  I like that Kylo and him have a clear rivalry with each other. 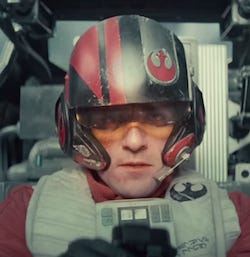 I didn’t love Poe, but I guess he was okay.  I also thought that he was Jake Johnson from New Girl the whole time and I hate that show.  So I guess I will give him another shot in the next movie. 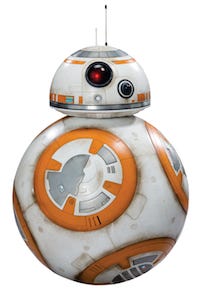 I loved this silly son of a bitch, even if R2-D2 remains the GOAT.  But BB-8 is cool with me, even though he was likely the brainchild of Disney execs trying to make some paper in toy sales. 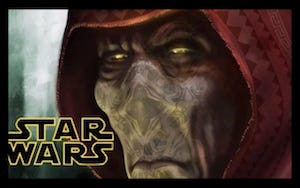 That dude is the epitome of a guy that went to the dark side because he was probably bullied by guys like Richie Incognito for being a weird looking motherfucker.  I am intrigued to hear more about his backstory and see what he does to complete Kylo Ren’s training.  Also there is a pretty crazy theory flying around reddit about who Snoke may actually be.  Check it out if you don’t mind some fan theory potentially spoiling something down the road (for the record, I don’t believe in this theory, as crazy and funny as it may be).

I didn’t think Han and Chewy would be in the movie that long, but they actually carried it at times. I also didn’t realize Chewy’s bow was so badass. Leia looked in ROUGH shape. I guess all those years of hard drugs finally caught up with Carrie Fisher. I may watch Jedi again to remember her during better (read: Slave Leia) times. And finally, seeing Luke looking old and with a beard was a cool moment. I wasn’t sure if he was going to be in this movie, but him showing up looking old like Obi Wan in Episode IV was pretty damn cool.

Sorry for running long and nerding out, but I truly loved that movie.  If you are taking nostalgia out of it, I would say this is my second favorite Star Wars movie, behind Empire.  If you keep nostalgia in the equation, I would probably put A New Hope at two, but The Force Awakens would be a lock at three above Jedi.  And I cannot wait until Episode VIII comes out.

Most images taken from Wookiepedia