Classic Lebron. Adam Morrison dunks on his face and emasculates his entire existence. So what does he do? Picks on a girl. Sure she could have attempted to move, but what lady thinks a man will just run her over in broad daylight like that? Classic Bron Bron.

PS – Jason Day is getting a lot of heat for dapping it up with JR Smith while his wife was being taken out on a stretcher but I got his back. Embarrassing as hell to bring your wife courtside and have her hold up the entire game with these theatrics. You aren’t that hurt. Just get up honey and let the boys continue to play sports. 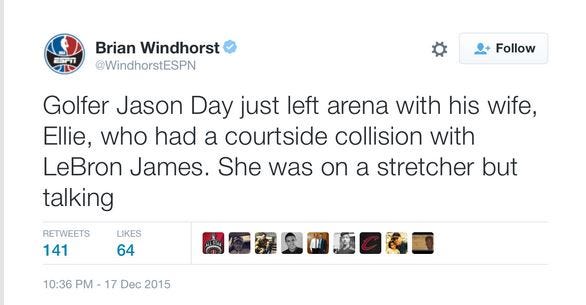