Las Vegas • Minutes after announcing that the usual welcome reception dance-off would pit teammate against teammate instead of team against team, to avoid another entry in the annals of BYU-Utah controversy, a Las Vegas Bowl emcee asked the Fremont Street crowd if he should give Utah defensive tackle Viliseni Fauonuku the microphone.

They didn’t say no. And so grew the annals.

“Honestly, I don’t dance,” Fauonuku said, walking over to the corner of the stage and addressing BYU’s entire team. “I throw hands.”

After the emcee wrested back the mic and as Fauonuku walked off the stage, another emcee, out of frame, told him “Now you’ve got to show us what you’ve got, though,” as if he might still dance.

Hopping up on stage at a friendly dance-off, refusing to bust any moves, and looking the other team dead in the eye to tell them they’re dirty…power moves only.

As if the Holy War wasn’t already contentious enough. 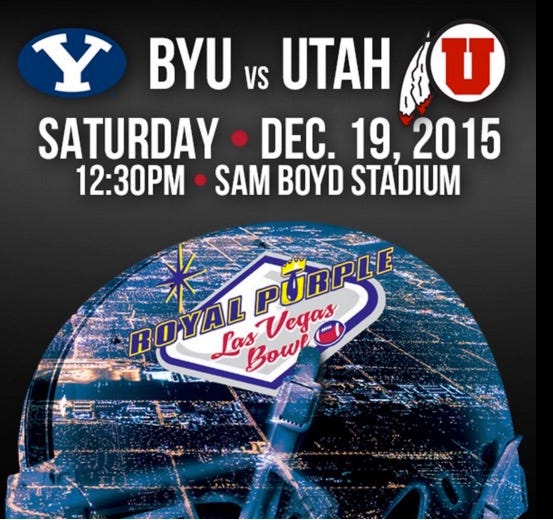