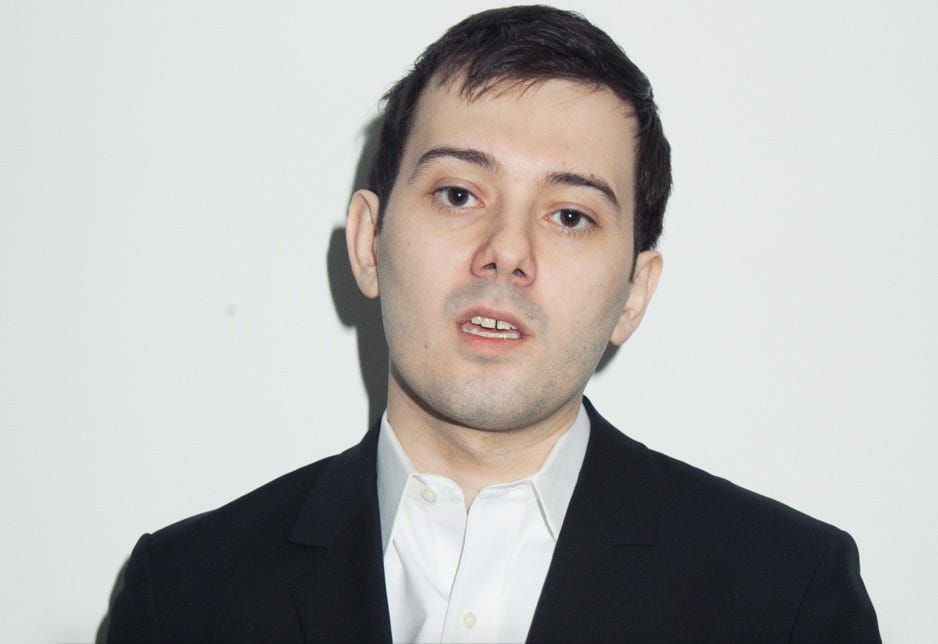 Bloomberg – A boyish drug company entrepreneur, who rocketed to infamy by jacking up the price of a life-saving pill from $13.50 to $750, was arrested by federal agents at his Manhattan home early Thursday morning on securities fraud related to a firm he founded.

Martin Shkreli, 32, ignited a firestorm over drug prices in September and became a symbol of defiant greed. The federal case against him has nothing to do with pharmaceutical costs, however. Prosecutors in Brooklyn charged him with illegally taking stock from Retrophin Inc., a biotechnology firm he started in 2011, and using it to pay off debts from unrelated business dealings. He was later ousted from the company, where he’d been chief executive officer, and sued by its board.

In the case that closely tracks that suit, federal prosecutors accused Shkreli of engaging in a complicated shell game after his defunct hedge fund, MSMB Capital Management, lost millions. He is alleged to have made secret payoffs and set up sham consulting arrangements. A New York lawyer, Evan Greebel, was also arrested early Thursday. He’s accused of conspiring with Shkreli in part of the scheme.

It’s been said before, but the guy really is a real life movie villain. Like he was written into a script that was pitched around Hollywood, didn’t land at any of the studios or networks, so they just yanked out the main antagonist and turned him into a real live human being.

(play this while you read these selected highlights)

His name entered public consciousness after he raised the price more than 55-fold for Daraprim. It is the preferred treatment for a parasitic condition known as toxoplasmosis, which can be deadly for unborn babies and patients with compromised immune systems including those with HIV or cancer. His company, Turing Pharmaceuticals AG, bought the drug, moved it to a closed distribution system and instantly drove the price into the stratosphere.

The moves drew shocked rebukes from Congress, public-interest groups, doctors and presidential candidates, and cast an unwelcome spotlight on the rising prices of older drugs. Donald Trump called Shkreli a “spoiled brat,” and the BBC dubbed him the “most hated man in America.”

Bernie Sanders, a Democratic presidential candidate, rejected a $2,700 campaign donation from him, directing it to an HIV clinic. A spokesman said in October that the campaign would not keep money “from this poster boy for drug company greed.”

Shkreli initially responded to the criticism by saying he would lower the Daraprim price and then changed his mind again. When Hillary Clinton tried one more time last month to get him to cut the cost, he dismissed her with the tweet “lol.”

At a Forbes summit in New York this month, wearing a hooded sweatshirt, he said if he could have done it over, “I probably would have raised the price higher,” adding, “my investors expect me to maximize profits.”

He recently spent millions on the only copy of a Wu-Tang Clan album that music fans would love to hear and then told Bloomberg Businessweek that he had no immediate plans to listen to it.

Shkreli spoke cavalierly of the company’s lawsuit, saying, “The $65 million Retrophin wants from me would not dent me. I feel great. I’m licking my chops over the suits I’m going to file against them.”

And Martin Shkreli broke the first rule of being a supervillain: always make sure you got all your shit in order. Make sure all the skeletons are buried so deep in your closet nobody could ever possibly find them. Make sure all your dirt and shady dealings are covered, then covered again, then re-covered 10 more times. Have a full staff of Ray Donovans to make all your problems go away, get hidden and stay hidden. Because once you get the ENTIRE world turned against you, once you become so notorious and infamous that bloggers in their boxers who have no interest in the pharma industry know all about you and know you’re a scumbag, you gotta know that every single person is going to come after you as hard as they possibly can. Securities fraud is just flat out lazy for a villain of your stature.

Kind of disappointing actually. I expected better from Shkreli. Only thing that can spin this into a positive is if he skates on all the charges, struts out of the courtroom, whips out a fat roll of $100 bills and chucks a fastball off an AIDS sufferer’s face.