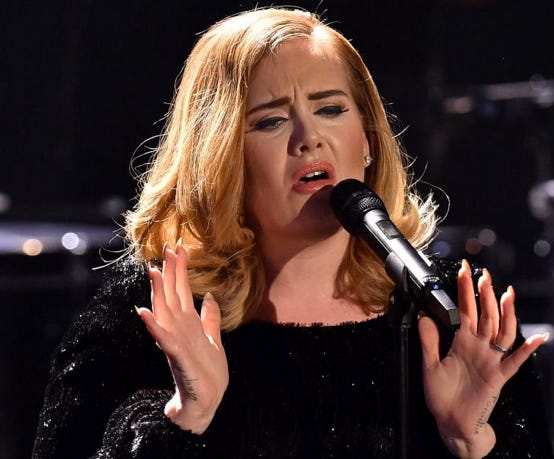 So the big thing today is Adele tickets went on sale across the country and chicks are losing their minds. Apparently it’s the hottest ticket in town. Ticketmaster has been putting people in virtual waiting rooms for hours at a time just to eventually say every ticket is already sold out. It’s madness out there, people are already selling their tickets on StubHub for thousands of dollars, profiting hand over foot from desperate boyfriends who want to get their girl tickets for Christmas. And none of it makes any sense whatsoever. An Adele concert has to legitimately be the most sad and depressing place on Earth. Like, when I think about going to a concert, I want to have fun. There’s a 0.0% chance an Adele concert is any more fun than being waterboarded. 15,000 chicks in Verizon Center crying their eyes out and furiously texting ex boyfriends. Adele on the mic “this next song is about a guy that broke my heart”. Song ends, chicks bawl for 3 minutes, Adele gets back on the mic “this next song is about a guy that cheated on me”, the entire Verizon Center starts to look like the Superdome after Hurricane Katrina. There are zero positive outcomes from a chick going to an Adele concert. They all leave sad, regretful, and heartbroken, and then they cry even more facing the reality they just spent a grand to regret every decision they’ve ever made in their life. Chicks do that enough as is, they don’t need to bring Adele into the equation. I don’t even know if there’s a male equivalent of Adele because we don’t go out of our way to be super emotional. I can’t imagine a scenario where I would fork over money to purposely let some fat person on stage haunt every bad choice I’ve ever made. But for some reason chicks love the pain. Why sit at home and cry when they can do it in unison with thousands of others? Sounds like the absolute worst place on Earth.

PS: I was trying to decide if it would be a good place to pick up chicks. Chick starts crying during one of Adele’s songs about some guy who didn’t want to date a 300 pounder anymore, you swoop in and be like “now, now, you are special in your own way”. It’s like Chris Spags swooping in on the SI.com lady last night. Everyone was calling her a lying uggo and Spags swooped in on his noble steed and pretty much internet banged her.