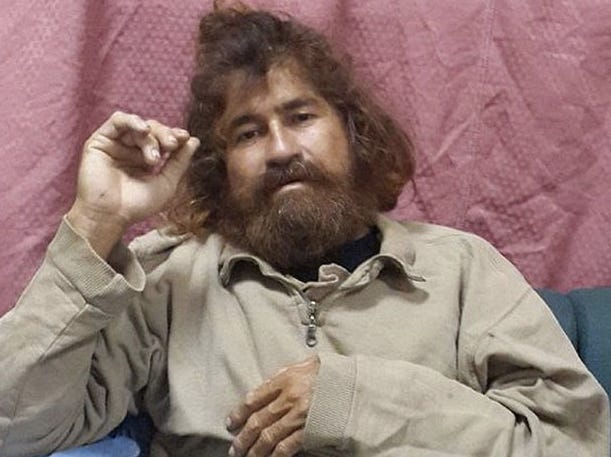 (Source) — THE fisherman who survived for 15 months at sea is being sued for one million dollars (£650,000) by the family of his dead colleague, who accuse him of eating their relative to survive. Salvador Alvarenga, 36, paid Ezequiel Cordoba, 22, $50 to accompany him on a two-day fishing trip off the coast of Mexico in November 2012. After a vicious storm pushed the boat out to sea, the pair survived by catching fish and birds, and drinking turtle blood and urine. Mr Cordoba eventually died after making Mr Alvarenga promise not to eat his corpse and to find his mother and tell her what happened. Mr Alvarenga kept the corpse on the boat for six days for company, until he realised he had lost his grip on reality and threw it overboard. He was found on a remote island in the Pacific after 348 days adrift. Mr Cordoba’s family are now demanding one million dollars compensation after claiming he was a victim of cannibalism.

It simply does not get more fucked up than this. Look, being lost at sea is like a way less fun bachelor party, it’s a total don’t ask don’t tell situation. As long as I come back alive and don’t rub anything in your face then it’s fair game. Get blackout drunk, go to strip clubs, fuck a hooker, eat your son’s flesh, all of it is totally acceptable. That’s the agreement of the bachelor party/lost at sea situation. As long as I make it back in one piece then what happened out there, happened out there and you don’t need to know about it. Don’t go looking through my bank statements, iPhone photos, or remote islands to try and see if I did anything wrong. I’m here, I survived, that’s all the information needed.