Not the worst night. 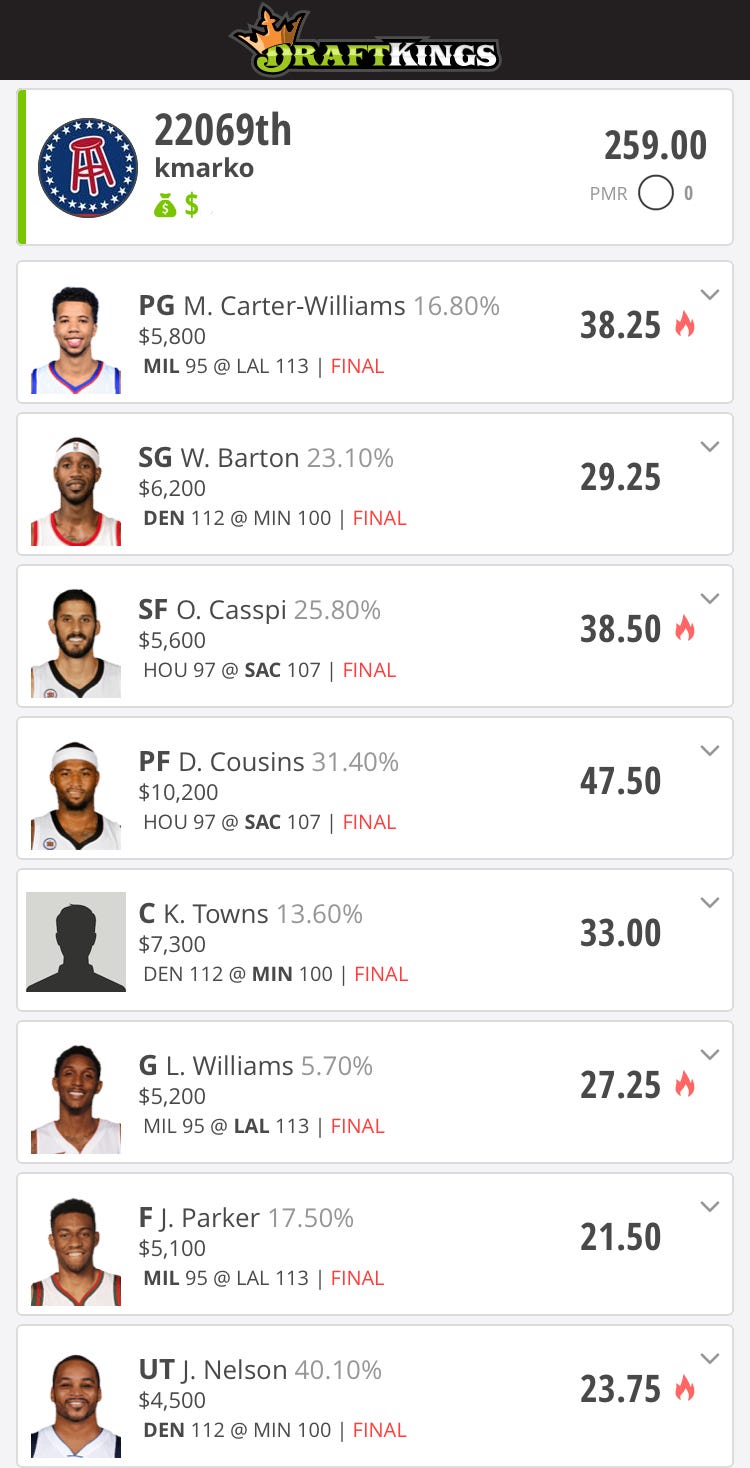 Nothing to write home about. Getting flames from Lou Williams at 5% owned on a 4 game slate was a great blog pick on my part, pat on the back. Will Barton, eh, not so much – not a dud, but not explosive enough. I paid up for Boogie instead of Lebron at the last second, both ended with pretty mediocre nights.

Got a massive slate of games tonight – wasn’t really in love with too many plays though. We’ll see how it goes. 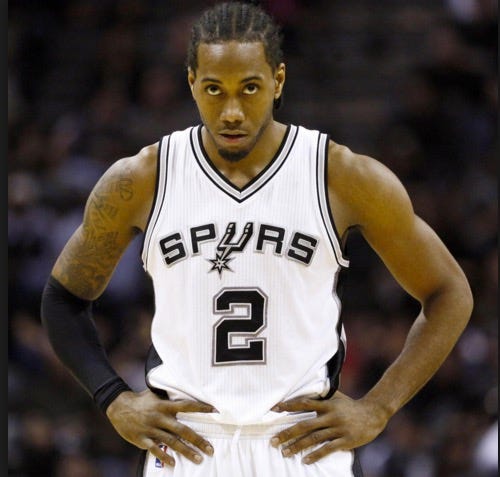 Tim Duncan is out for tonight’s game, which means obviously LaMarcus Aldridge gets bumped up as a strong play in the post. But less obvious is the impact it has on Kawhi, giving him even more responsibility on the offensive end while Tony Parker and Manu enjoy their 17-20 minute games up until their retirement. He’s already one of the best players in the game, so combine that with the extra upside for tonight and I think he’s the perfect combo of safe and tournament play.

For GPP only I really like paying up a little more for Paul George – that red Q next to his name + the last two duds will probably scare a ton of people off him, especially with Durant sitting there for a just a few bucks more. But he’s fully expected to play and has a chance to get right back to his 55-60 point ways. Going cheaper, I like Matt Barnes as the (very popular) value play of the night, and Kent Bazemore as a little more under the radar.

Ah, the tournament bane of my existence. Kemba’s one of those guys we all have – the player you can literally never pick on the right night. The guy that you watch put up 50 point games in GPP winning lineups, then the night you roster him he shoots 3-18 and has 22 points with a big fat snowflake next to him. Kemba and Jeff Teague, those are the two for me. Every. Single. Time. Well tonight I buck the trend, gonna have a positive mindset about it because this is a great matchup and GREAT price for Kemba. 7K flat and recently had a 50 pointer against Memphis…you’re telling me he can’t repeat that against Orlando? Come on Kemba, don’t let me down, just this once.

Steph is the premiere chalk play and, coming off a loss, I fully expect 70 points out of him. You basically need that if you’re going to pay that much for him at 30-40% ownership. Chris Paul’s price is curiously low for me, which is either a warning sign, or a great spot to play him. I don’t like a lot of really cheap options, but MCW and Zach Lavine have been hot and are hanging in a very affordable range…this isn’t a recommendation for them, but definitely give them a look and make your own call. 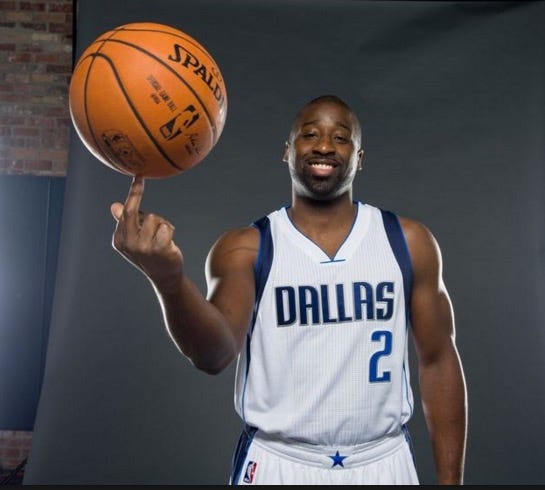 Um, what the hell? Did Ray Felton find the fountain of youth or something? Seems like just yesterday his fat ass was rotting on the Knicks bench racking up felony gun charges and shit. Now he’s dropping like 35 fantasy points a game, every game. Crazy. A week ago I would have said 5.2K was too much to pay for a guy who was just on a value play hot streak, but his recent production and consistency kind of makes it seem like 5.2K might even be too cheap. Hopefully people sleep on him due to the price jump, because the Pacers come in dead last at defending opposing 2s.

Eric Bledsoe has been on a string of 50 point games and has a high total, fast paced matchup with the Dubs tonight. On the other side, Klay is always safe with some extra added upside this season. And I’m always a big CJ McCollum fan. For a couple cheapo risky plays to save yourself some cash, Stuckey and Courtney Lee have been OK.