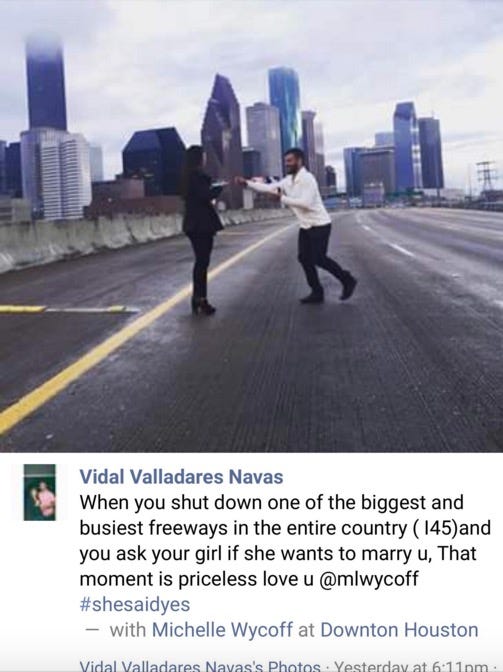 (CNN)Love can make you do some pretty crazy things. Bringing a major interstate in downtown Houston to a standstill probably shouldn’t be one of them.

Vidal Valladares, 24, has been charged with obstruction of a highway, a misdemeanor, for shutting down I-45 on Sunday to propose to his girlfriend, the Harris County District Attorney’s Office said. The misdemeanor is punishable by up to six months in jail.

“I’m feeling bad and, of course, I just wanted to apologize to everyone if I caused any problems,” Valladares told CNN affiliate KTRK. “That wasn’t my intention in the beginning. I just wanted to do something different.”

His 23-year-old girlfriend Michelle Wycoff said, “Yes.” The wedding is in March

Valladares had a few accomplices in his endeavor. Friends and family in eight cars blocked traffic so he could pull it off, KTRK reported.

Why I-45 in downtown Houston? That’s Wycoff’s favorite view of the city. Valladares wanted the setting to be perfect.

“Love makes you do stupid things and I wanted to do something big for my girl,” Valladares said. “Something that she will always remember.”

I’m trying to think if I’ve ever hated anyone more than this guy. It’s tough but I’m really racking my brain. Hitler. Bin Laden. al-Baghdadi. Ummm…yeah I think that’s it. The dictator of Nazi Germany, two terrorist masterminds, and then this fucking bum from Houston blocking a major interstate to propose to his dumb ass girlfriend.

I mean I hate protestors who shut down traffic for their cause with the fire of a thousand suns, but at least in their minds they think they’re doing it for a good reason. A dude stopping a 5 lane interstate because he wants to “do something big for my girl” – Jesus, the only thing that can possibly cheer me up watching this is the hope that one of the charges they hit this guy with comes with a possibility of the death penalty. 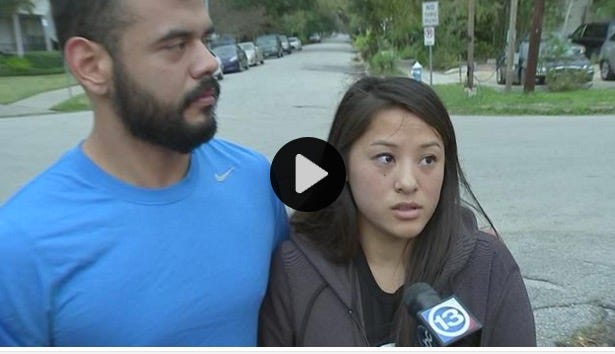 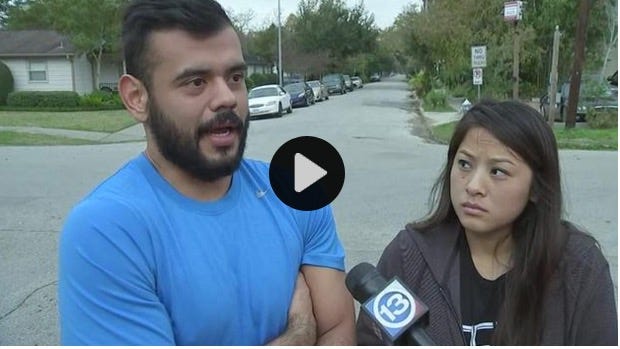 Hope she cheats on you with your best man, buddy.