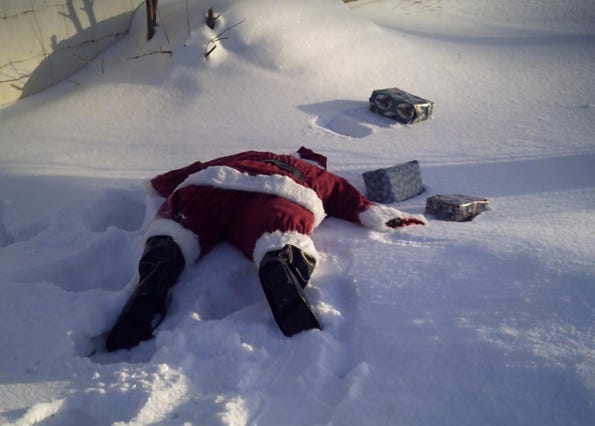 Ravens - Ravens wide receiver Steve Smith Sr. could have understandably bailed on this year’s holiday charity event in Baltimore. After all, he’s not far removed from season-ending Achilles surgery and is getting around with his right leg propped up on a cart. But Smith didn’t miss giving back to the community where he said he still works (yes, even though he could retire). Smith flew up from his home in Charlotte, N.C., and even brought his family along, to treat 60 deserving Baltimore-area kids to a $200 Target shopping spree Monday evening. Smith was his usual charismatic and energetic self. He even seemed to trash talk Santa, saying, “You come down my chimney in the middle of the night, that’s going to be your last delivery.”

Ice up, Santa. Nobody is safe from Steve Smith Sr.’s trash talk. And you know he isn’t just joking. SSS doesn’t joke about shit like that. When he issues a warning, it’s not because he’s trying out material for his standup set at the Laugh Factory. It’s because Steve Smith will literally shank Santa with a tire iron if he dares break into his house in the middle of the night. Steve Smith has worked too hard and come too far to allow some fat white guy to steal his shine. Makes me laugh that he pretty much is telling everyone right in their faces that Santa doesn’t exist. All these little kids have all these hopes and dreams about Santa, and Steve is like “I will fucking murder that guy, and his bitch ass sidekick the Easter Bunny too”.