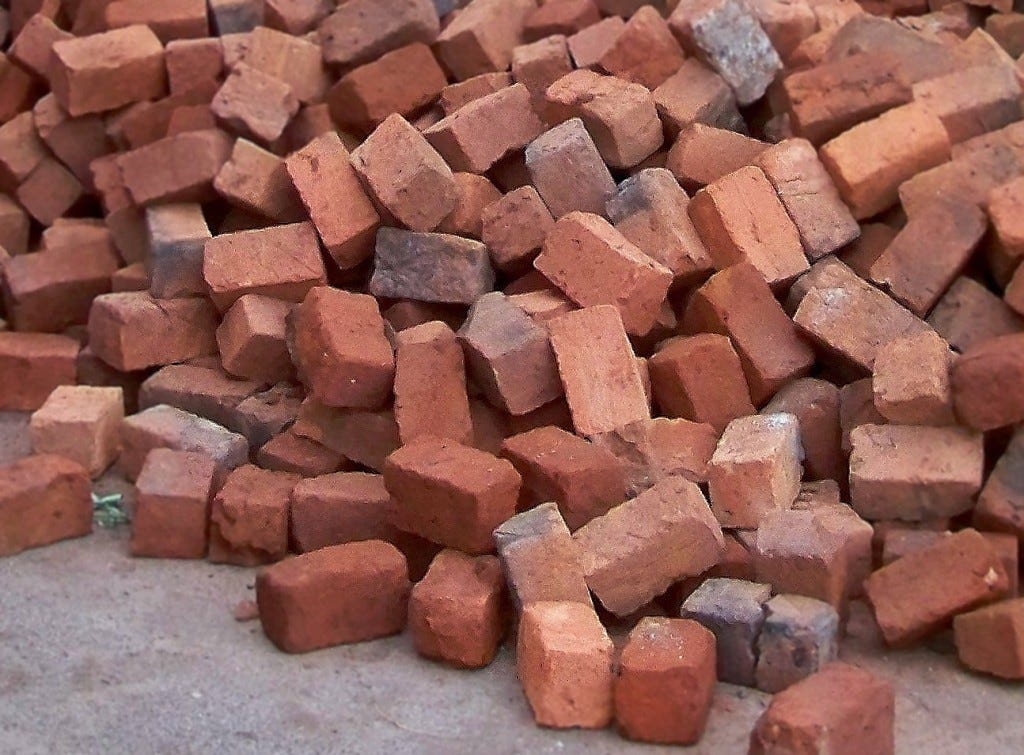 What a tale of two halfs. The Celts dropped their 5th straight to Cleveland last night, and I feel like this game deserves two separate blogs because we saw two separate teams from the Celtics. If every game this year has taught us something, this game taught us that you will not beat a Lebron James team (or any team) by shooting 32% as a team. You see that’s something I thought I already knew, so I’m not sure why the Celts decided they would confirm that theory. When I look at last night I see a team that didn’t play THAT bad, and yet still has a long, long way to go.

If we are being honest, this game reminded me just like the postseason losses. I was always in the camp that making the postseason last year helps this group. It gives them confidence and experience that will benefit them longterm. Unfortunately, I think this team gives the Celts PTSD or something. The Cavs are in the Celts head at the moment, but really last night just came down to this, the Celts beat themselves. Now before I explain why, understand that this is not a Celts excuse blog, we take this loss hard but we take it like men. The medicine this morning tastes like that gross red cough syrup, but we drink it.

What I mean is, if the Celts are able to hit their open shots at maybe a 35-40% clip, we have a different ballgame. I’m not talking about shots that the Cavs made tough through good defense (which they did a lot of). I’m talking WIDE open looks, specifically shots the Celtics took with a defender that is not closer than 4 ft. This is how they did

This is why I’m not that upset this morning. Look at the rest of the box score, the Celts hung with Cleveland more than you want to believe. Advantages in rebounding, assists, 3PM, FTA, steals, and turnovers. They just couldn’t make a shot to save their life. There’s your takeaway. Most will see the box score and laugh, say the Celtics are no where close to Cleveland and can’t beat a superstar. While there is some truth to that, things really aren’t as far away as this person would have you believe. Let’s get to it.

– Avery had another very solid first quarter, and I’m officially declaring that this is a thing. Over the last 10 games, usually when he gets off to the type of start he had last night the Celtics are in a good spot: 3-5 shooting (2 threes) 8 points 2 rebounds 1 steal 1 block. They continue to use him the same way we’ve seen over the last handful of games, dribble handoffs, high screens, and he continues to respond. Avery finished with 17 to lead the Celts, and that’s pretty much all you need to know about how things went.

– Give Jae Crowder credit, he made Lebron work on one end, and hit some big shots for the Celts on the other. Four more big threes from Jae has him now up to 36% (career high). Unfortunately, he would score 11 of his 14 points in the first half, but I paid more attention to his defense. He basically held Lebron to his worst game in the last two weeks, and really made things difficult for him (6 turnovers). We saw them go at it in the playoff last year, and I’d say Crowder’s performance on him last night was 1000x better.

– Call me crazy, but I liked David Lee’s minutes. I know every advanced category out there illustrates how much worse the Celts are with him on the floor, but last night wasn’t the case. His 10 minutes of action were very productive, especially how he moved the ball (3 assists)

– Loved the James Young play where he ripped the ball away from Tristan Thompson and ahead to David Lee for the fastbreak dunk. Yes, I will always be able to find a positive for James Young. I can feel myself becoming an eternal apologist for him, and I don’t hate it

– I also don’t hate that the Celts held Cleveland to just 89 points. Normally, when the Celts hold a team under 100 they win, and that’s not bad since they were averaging 98.6 a game so far this month. If the Celtics can continue to defend teams like that on the larger scale, they’ll be fine. Just annoying that the two times they’ve lost when they do this, come attached to shaky shooting performances. For shame.

The Celtics last night dropped to 13-2 when giving up less than 100 points. The 2? Yeah, Cavs and Spurs. So, remember kids, always D up.

– The first half! How could you not love that opening performance. The Celts shot the ball like shit, and yet somehow had a 6 point lead heading into the break. Also loved to see Isaiah hit that shot to end it. Shooters keep on shooting so I’m glad he didn’t think twice about it with all that happened against GS. Again a tale of two halfs. That first half gave you every reason to think as a Celtics fan that they could pull this one out. That second half though, that’s where things got bad, and ugly.

–  There were two stretches in particular that stick out, one in each half. The first came with 1:08 left in the 2nd quarter. The Celts held a 42-36 lead and were looking to extend it going into the break. Instead, we got bak to back FT trips for Lebron the next two possessions and just like that it was back to 2. Really hated to see that. The second came at what would be the beginning of the end. Jared Sullinger made a 22ft jumper with 10 minutes left in the 3rd quarter to give the Celts a 48-43 lead. They would go on to make just 1 more shot in the next 3 minutes and before you know it were taking a timeout with 7:01 left in a tie game and in the midst of a 7-2 run. The Celts would never recover.

– The Celtics were owned in the paint, with a 44-24 Cleveland advantage. Mozgov really kills the Celtics. His 3 blocks were big, he always seems to challenge everything, and he did a great job of keeping Sullinger in check. Remember, he’s an UFA in 2016…

– Also a tough night for our man Kelly Olynyk. Kevin Love pretty much put him in a pretzel. Especially that little 5-0 run he had himself right as the Celts were on a run in the 4th quarter. The Celts didn’t really have an answer for him either, as he finished with 20/8/5 and some killer momentum plays.

– Another disgusting night for the Celts bench. It’s as if they were feeding off the struggles o the starting unit, because they were just as anemic. You cannot beat the elite teams like CLE with such poor bench production. Not going to happen.

– Ok, hold you’re breath. It’s about to get really stinky

– 40%, 33%, 22%, 30%. Those would be the quarter shooting percentages of your Boston Celtics. Of all the days to have your worst shooting performance of the season. Against Lebron. Nice.

See, what people don’t understand is this Celtics team being 14-11 at this point is a crazy concept. They cannot shoot. Like really can’t shoot.

– See what’s interesting about those %s is the shots in which made them. For example, if you are having trouble shooting the basketball, why would it be a good decision to keep trying from further and further away? 32 attempts from the outside is WAAAAYYY too many when you can’t throw a pea in the ocean. The Celtics played right into the Cavs hands defensively with this offensive approach, and it’s sickening.

– James Young getting burned to give up a buzzer beating full court layup to Mo Williams to end the 3rd quarter was maybe the worst thing I have ever seen on a basketball court. Absolutely inexcusable given the situation. Or really any situation. Gross.

– Losing to Lebron. Always sucks given our history. At the moment he owns the Celtics and that feeling certainly ain’t fun.

BUT, I’m optimistic. As Doc always says, it’s a make or miss league. Last night, the Celts couldn’t buy a bucket. That’s OK. They only lost by 12. They didn’t get blown out. Like I said, if the Celtics can get hot and shoot like 43% against this team, we have something. That’s what I learned from last night. If you were to tell me that against SA/GS/CLE there would only really be one bad game, I’d take it. Best part about the NBA is they get to get right back at it tonight on the road in Detroit. On the road on the second night of a back to back? Just what this team needs to right the ship. 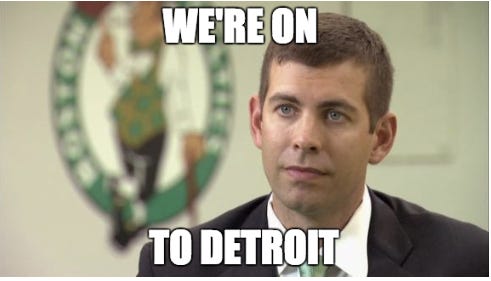