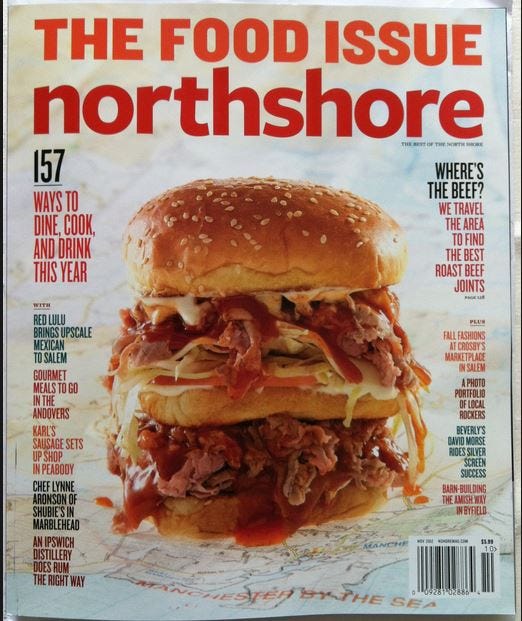 Bizjournals – The owners of Nick’s Famous Roast Beef, a Beverly eatery that for decades has been a popular destination from lunchtime until midnight or later, were charged by the U.S. Attorney’s Office with hiding more than $1 million a year in cash from the Internal Revenue Service for the past six years.

According to an indictment unsealed in federal court yesterday, Nick Koudanis and Nick Markos would sit in a back room of the cash-only restaurant once a week or so and divide up cash receipts. Each would take a cut and then the pair would report an amount far less than the actual total as revenue for the business. The government alleges Nick Koudanis and Markos also paid some vendors and employees in cash, with the effect of reducing taxes. The indictment states that over six years, Nick Koudanis and Nick Markos “diverted approximately $5.9 million in cash from Nick’s to themselves, their wives and their employees.” The indictment further states: “As of December 11, 2014, N. Koudanis and E. Koudanis had amassed approximately $1,635,658 in cash in a safe in their home, skimmed from Nick’s cash receipts.” Nick and Eleni Koudanis avoided paying $992,821 in federal taxes, the indictment alleges, and Markos avoided paying $1 million in federal taxes.

Okay a couple quick questions. If Nick’s Roast Beef hid 6 million dollars in cash over six years how did they only avoid $992K in takes? Wouldn’t they have avoided almost 3 million dollars in taxes? Basically rich people get to keep 1 out of every 2 dollars they make. At least that’s the word on the street from people who make millions, ahem, ahem.

My next question. Isn’t the whole point of running an all cash business so you don’t have to ring everybody up? Isn’t that the best way to commit fraud? Just only ring up 1 out of every 2 people. How could the Government every prove how much you sold if you only rang up 1 out of every 2 orders? Or am I simplifying things?

Anyway none of that is really here nor there. I’m stunned how much money Nicks made. Yes it’s good. Yes everytime I play golf with my parents at Beverly I stop in and get it. But I just didn’t think roast beef shops actually raked in that type of cash. Almost makes me thing I should have stuck with my first ever business idea which was obviously to open up a roast beef shop in Ann Arbor. I was just flabbergasted they didn’t have one when I arrived in town. I’m still flabbergasted that Roast Beef is only a North Shore thing. It makes ZERO sense. It’s the best food on the planet and apparently they make millions. It’s inexplicable. The only think I can come up with is that the North Shore is the only place that has Greeks? That doesn’t seem possible though. It literally is one of the world’s great mysteries that will never be solved. How can roast beef only exist in God’s Country? It would be like if Pizza never spread beyond 10 small towns. BANANALAND.