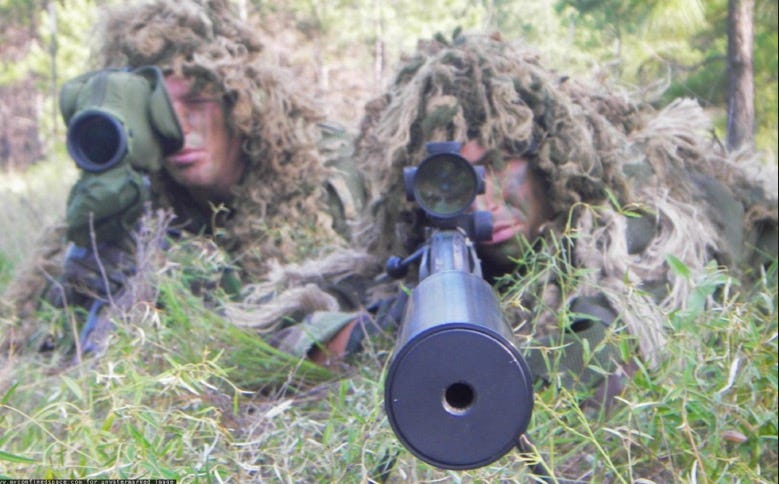 Daily Mail – An SAS sniper was able to stop a group of jihadis launching a suicide bomb attack by killing the terrorists with just three bullets in a dramatic shoot-out in an ISIS-held part of Iraq.

The marksman, who joined the SAS a decade ago, potentially saved the lives of hundreds of innocent people by firing three well-aimed shots at the jihadists as they left a bomb factory near Mosul.

The sniper was given the go-ahead after the men were spotted leaving the bomb factory wearing heavy coats in hot weather – a sign they were trying to hide their suicide vests.

They were on their way to carry out a terror attack at a nearby town, in which they planned to detonate their suicide vests amongst hundreds of civilians – causing mass deaths.

However, the SAS veteran wiped out all three of the extremists, as well as two ‘guards’ who were supposedly in place to keep a look-out and protect them from military forces.

The sniper shot the first jihadi in the chest as he walked out of the factory, which caused his suicide vest to detonate, killing him instantly – as well as two ISIS ‘guards’ who were sat in a nearby car.

The second ISIS militant was wiped out by a shot to the head, while the third was also killed when the sniper’s bullet struck his suicide vest and caused it to detonate.

‘With just three well-aimed shots that single team has probably saved the lives of hundreds of innocent people.’

You know you just pulled off something pretty fucking cool when, if you wrote it down and pitched it in a Hollywood office for the script of a summer blockbuster, you’d be told to tone it down because it’s too unrealistic.

Can’t get enough of shit like this. Feed me ISIS getting blasted to hell stories! Feed me! 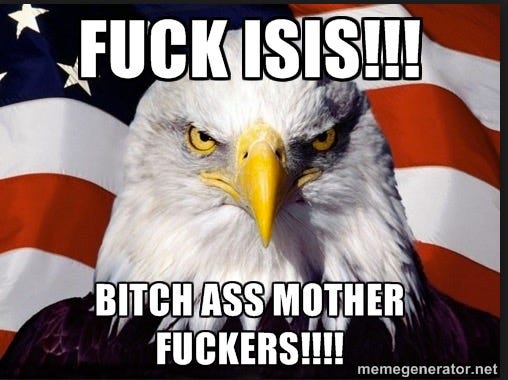 (best meme ever from the “Fuck Isis” Google Image results, just picturing the guy in Middle America who made this on his desktop and probably has it as his computer and cell phone background brings a big smile to my face)