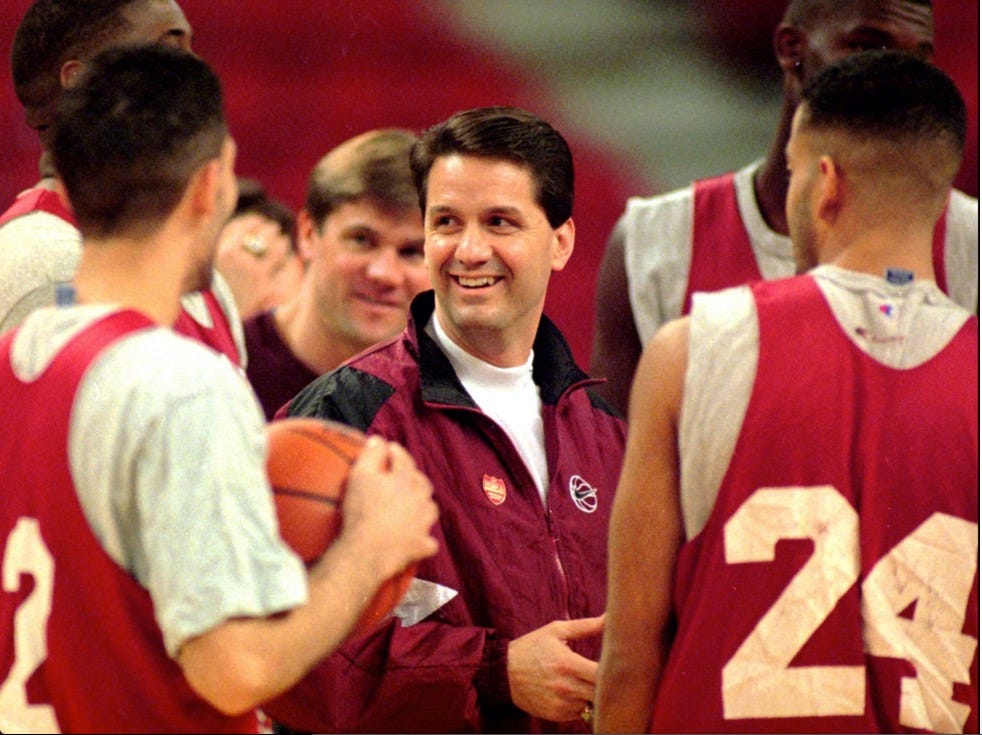 KSR – Tomorrow night, John Calipari will be honored at UMass as part of the program’s 20th anniversary celebration of the 1995-1996 Final Four team. Yesterday, the Boston Globe’s Dan Shaughnessy wrote another Calipari hit piece in which he shamed UMass for honoring Cal, calling him everything from a “snake oil salesman” to a “glorified AAU bag man.” As Taylor Swift and Calipari would say, haters gonna hate, right?

This morning, Calipari went on the Dennis & Callahan Morning Show in Boston to talk about the festivities at UMass, and when asked about the Shaughnessy piece, things got a little awkward.

“This is a time to celebrate an era of basketball, I’m not worried about what somebody thinks. None of those guys can steal our joy,” Calipari said. “What we did, we did it right. We did it right. We had good kids who did what they’re supposed to. They graduated. I didn’t have one-and-dones back then.”

Then, one of the hosts cut him off and insisted Calipari and his staff did NOT do it right.

“John, I’m sorry, you can’t say you did it right. Marcus [Camby] got caught with hookers, he received diamonds and stuff. You didn’t do it right, come on.”

Despite Calipari’s attempt to move the dialogue back to tomorrow night’s celebrations, the hosts kept at it, asking Cal if he knew if Marcus Camby broke the rules.

“No. We didn’t know anything. And what we did was everything ahead of schedule and we were on top of everything we did and again, they said we didn’t know nor should have known,” Cal said. “Here’s what I’ll say to you. That kid, you know what he ends up doing in the end? He ends up paying the money back the school lost. It was about $150,000 and he paid the money back. It’s never been done before. We were the ones who got Marcus Camby to talk–he was in the NBA, he doesn’t need to talk to the NCAA. There were other players at other schools involved, they wouldn’t talk to the NCAA. We got our guy to talk to the NCAA. And he paid the money back. I’m not embarrassed by anything we’ve done. I’m proud of what we’ve done.”

From there, Calipari wrapped up the interview, giving the hosts the ole “I appreciate you” line. 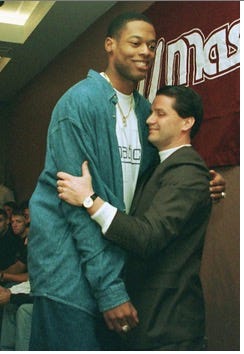 So, anyone who knows John Calipari shouldn’t be too surprised by the awkwardness of this call. Dan Shaughnessy has been typically writes something every 5-6 months about how UMass needs to stop trying to be associated with Cal. We also know Calipari isn’t afraid to call out people, like he did with Colin Cowherd on John Wall.

Now, everyone falls on one side of the line with the Kentucky coach. You like him or you despise him. He’s the most polarizing coach in college right now because of his past, his personality and the fact he’s currently at the biggest name in college hoops. But, here’s a reminder with this specific story.

Cal ain’t wrong. He was cleared by the NCAA and described as an ‘innocent victim.’ That’s an exact quote from the infractions chair to Sports Illustrated in an article back in March of 2011. So, for everyone that wants to call him a cheater, let’s just remember that. Then there’s the fact Shuaghnessy wants to bring up players being on the court while also being on academic probation.

You know who else was doing that back then? 1997 Final Four MOP Miles Simon who played almost his entire career on academic probation. I don’t see Shuaghnessy going after Arizona for honoring Lute Olsen.

In covering Calipari for a couple of years and sitting down to talk to him, you realize two things. First off, he’s always trying to sell. That’s the life of being a coach and he just does it better than the rest. Second off, he’s not afraid to bring up his past. People will call him arrogant or crazy, but that’s where you have to remember he was cleared by the NCAA in this case.

You also have to be naïve to think Calipari is the only ‘cheater’ in the country right now. Let’s take a look at the current investigations at UNC and Louisville. There’s been times at Duke where Coach K’s players have been caught with getting gifts from boosters, but the NCAA clearing everything entirely. It’s an entirely case by case basis with the NCAA where no two decisions are similar, but just something to consider.

Is he slick? Yes. Is he easy to hate? Yes. But, if you’re UMass should you honor him for what he did to the program? Yes. UMass will likely never make another Final Four (at least not anytime soon), so why not take a night during finals week to remember the best season in school history?

Let’s take a look at what Megan Calipari has to say: