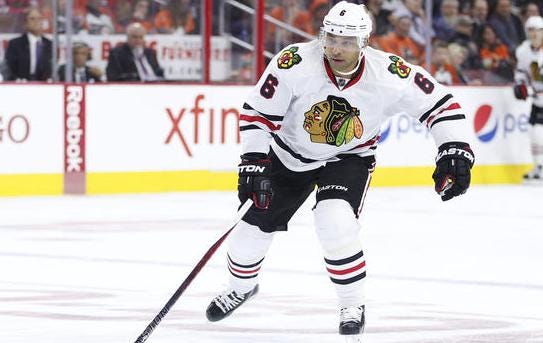 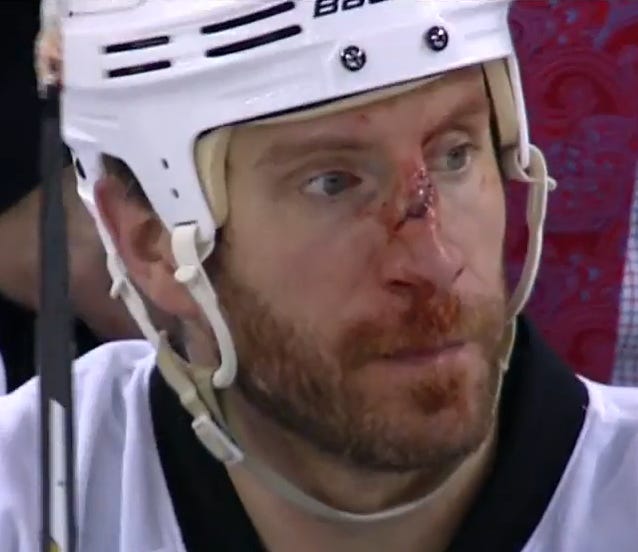 Trevor Daley has been involved in trade rumors for over a month now so this isn’t exactly a surprise. Daley is a great skater and has nice offensive tools, but for whatever reason he didn’t seem to fit in Chicago. He’s always had a ton of natural ability and I really believed that he would be able to apply that talent inside of the system and have success here. I was wrong. There were reports that he was unhappy with his role while playing the fewest minutes of his life. The Blackhawks also really like what they have in their young D with Pokka, Gustaffson, and Svedberg down in Rockford. When Rozsival came back it got crowded on the blueline. So again, a trade wasn’t a surprise. A trade for the 36 year-old Rob Scuderi….whooo boy. Didn’t see that coming

My first instinct was “Wow, well Scuderi is old. Probably on his last contract. He must be much cheaper than Daley. Save against the Cap”. Wrong. Rob Scuderi makes more than Daley. My next thought was “Scuderi is old. This has to be the last year of his deal. And the Hawks will save a year of having to pay Daley on the back end”. Wrong again. Their contracts expire at the same time.

Well as I am writing this it looks like the Penguins will be retaining some of Scuderi’s money and the Hawks will save about a million against the Cap. Now it all makes sense. Daley was asked to be a top 4 D here in Chicago and be the new Johnny Oduya. That’s not him. He’s really an offensive 3rd pair guy. Daley should see more ice and be given an opportunity that better suits his game. The Hawks get a veteran guy who can’t really skate anymore, but is smart and has won multiple Cups. The Hawks also got themselves some flexibility under the Cap, which is the most important asset in this deal. Could be one of those trades that works out for all parties involved.