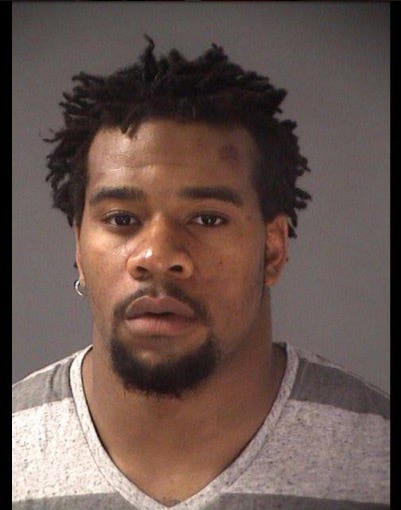 Fox Sports – On Sunday, Ole Miss star football player Robert Nkemdiche fell from an Atlanta hotel room after breaking through double glass windows. Nkemdiche, who was taken to a hospital after the fall, was charged with possession of less than an ounce of marijuana following the police’s discovery of approximately seven rolled marijuana cigarettes inside the fourth-floor hotel room.

Outkick has since learned through multiple sources that Nkdemiche’s fall was the result of his use of synthetic cannabinoids — frequently called “synthetic marijuana” or “fake weed” — which has become an increasingly popular drug among athletes — and college students — because it doesn’t show up on drug tests. But unlike traditional marijuana, synthetic marijuana, made with processed chemicals of varying substances and quantities, can lead to paranoia, delusion and hallucinations.

According to the National Institute on Drug Abuse: “Synthetic cannabinoids refer to a growing number of man-made mind-altering chemicals that are either sprayed on dried, shredded plant material so they can be smoked (herbal incense) or sold as liquids to be vaporized and inhaled in e-cigarettes and other devices (liquid incense).

“These chemicals are called cannabinoids because they are related to chemicals found in the marijuana plant … they are often marketed as “safe,” legal alternatives to that drug. In fact, they may affect the brain much more powerfully than marijuana; their actual effects can be unpredictable and, in some cases, severe or even life-threatening.”

Outkick has been told that Nkemdiche, after using the synthetic cannabinoids, was paranoid and convinced someone was chasing the 6-foot-4, 296-pound defensive tackle when he broke through his hotel room windows and plummeted more than 15 feet to the ground. Had Nkemdiche not landed on a bush outside the hotel, his injuries would have been much more severe.

At the time he was loaded into the ambulance, Nkemdiche was so disoriented he was unable to provide his name, address, or any explanation for why he’d fled his hotel room.

Robert Nkemdiche, a potential top-10 pick in this spring’s NFL Draft, has yet to return to Ole Miss’ campus, but has spoken with coach Hugh Freeze by phone.

Well I have to say, this story did not go the way I initially thought. What started as a “4 story fall out of a hotel window that left him with ‘minor cuts'” according to sources, turned into Robert Nkemdiche smoking too much synthetic marijuana, having paranoid delusions, falling 15 feet and ending up “laid out, delirious, and covered in blood”:

So much for that rising draft stock. The whole “superhuman strength and indestructibility” thing just went right out the window, so to speak.

You’d think he would know bad reactions to synthetic marijuana ran in the family?

Nkemdiche’s troubles with synthetic cannabinoids mirror his older brother Denzel’s struggles with the same product. Denzel, a senior linebacker on Ole Miss, was hospitalized after he was found near the edge of the roof of his off-campus town home, wrapped in a blanket, terrified that someone was after him, Outkick has learned. Denzel missed the final two games of the season.

Even if it turns out to be just regular old fashioned weed (something like, 7 pre rolled joints)…

A person identified as Lt. Hunt went to the hotel room to gather clues, according to the report.

“No one was inside of the room at that point in time,” the report read. “I immediately noticed that one of the double pane windows was busted out. In plain sight on the table adjacent to the window, I saw approximately 7 rolled marijuana cigarettes, rolled in Cigarillo Blunt papers. [Clarion-Ledger]

…if I know NFL scouts the way I think I do, they tend to frown on drug issues, especially when coupled with mental issues that sometimes lead to psychosis and jumping out of a motherfucking window.

So basically, it’s Cowboys or bust.