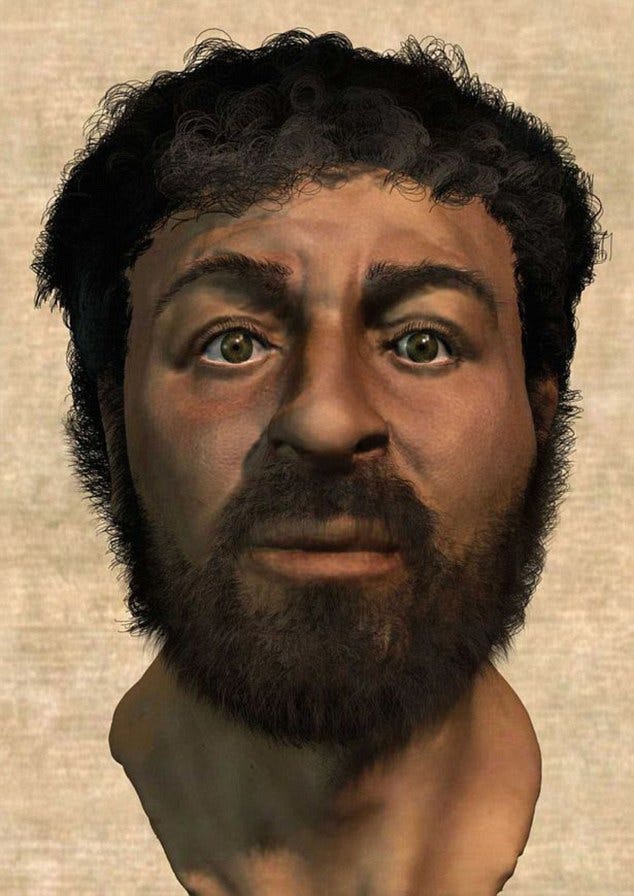 (Source) — He may be shown as a Caucasian man with long, flowing light brown hair in many religious artworks, but Jesus would have likely had a darker complexion and short, dark, curly hair, a forensic expert claims. Retired medical artist Richard Neave has recreated the face of ‘Jesus’ by studying Semite skulls using modern-day forensic techniques. His portrait shows the Son of God may have had a wide face, dark eyes, a bushy beard and short curly hair, as well as a tanned complexion.

You’re trying to tell me that’s what Jesus Christ looked like? That Franco Harris Immaculate Reception looking motherfucker? Get out of town! Get all the way out of town until you hit hell, you blasphemous son of a bitch. Listen I don’t know a lot in this world, but I know that Jesus Christ didn’t look like a middle eastern dude even though he lived in the middle east. No shot. He was a tall Cali surfer bro with a set on Insanity-like six pack abs. That’s who Jesus was. He didn’t have a “tanned complexion,” he was white. And before you say that’s the color of the region, guess what, Jesus’ dad wasn’t from the region so he didn’t look like all of them. He was white, like an angel. Jesus, Santa, the Easter Bunny, the Tooth Fairy, Cupid, etc. all white. Don’t get mad at us because it’s the truth, we didn’t make it up and write it all down.