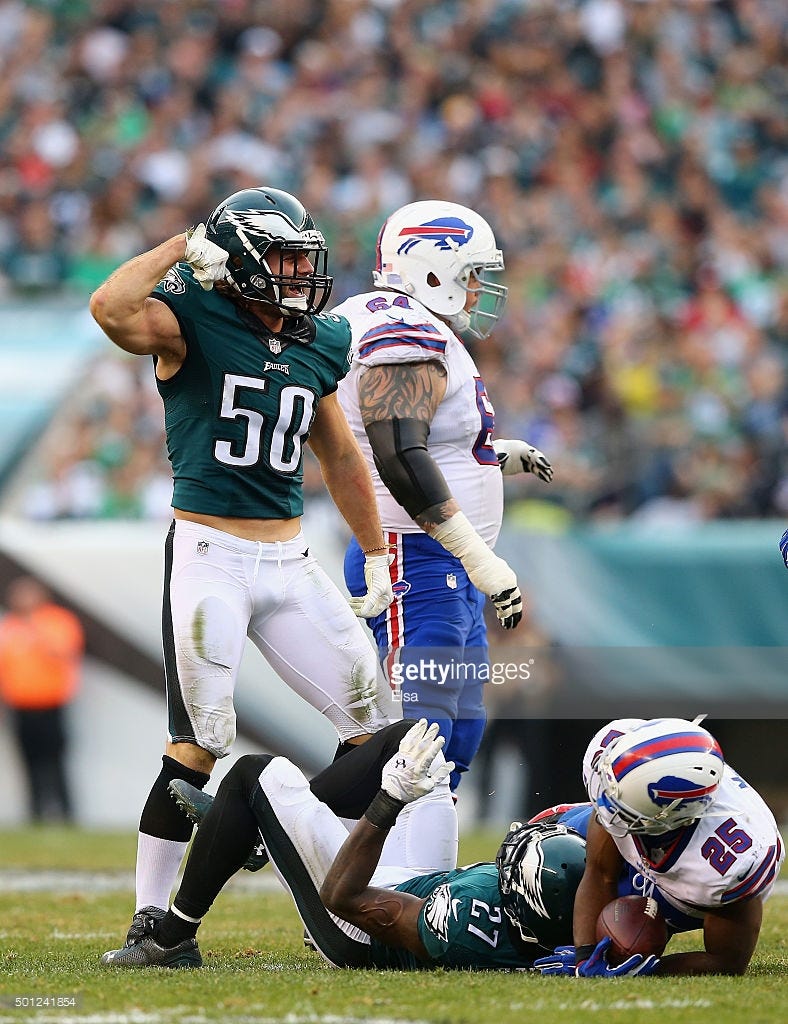 2 big wins after the world declared this team dead and started pissing on Chip Kelly’s grave. Well, everyone besides a certain handsome blogger who never lost faith. You’re damn right I’m going to pump my own tires by sticking with them through thick and thin. That was a great win yesterday. What’s better is this squad is finally coming together like a freaking Disney movie. You saw it in flicks like Miracle and Hoosiers where you can pinpoint the exact moment the adversity started to turn into mojo. Now buckle up baby because I have a feeling this is going to be one hell of a ride. 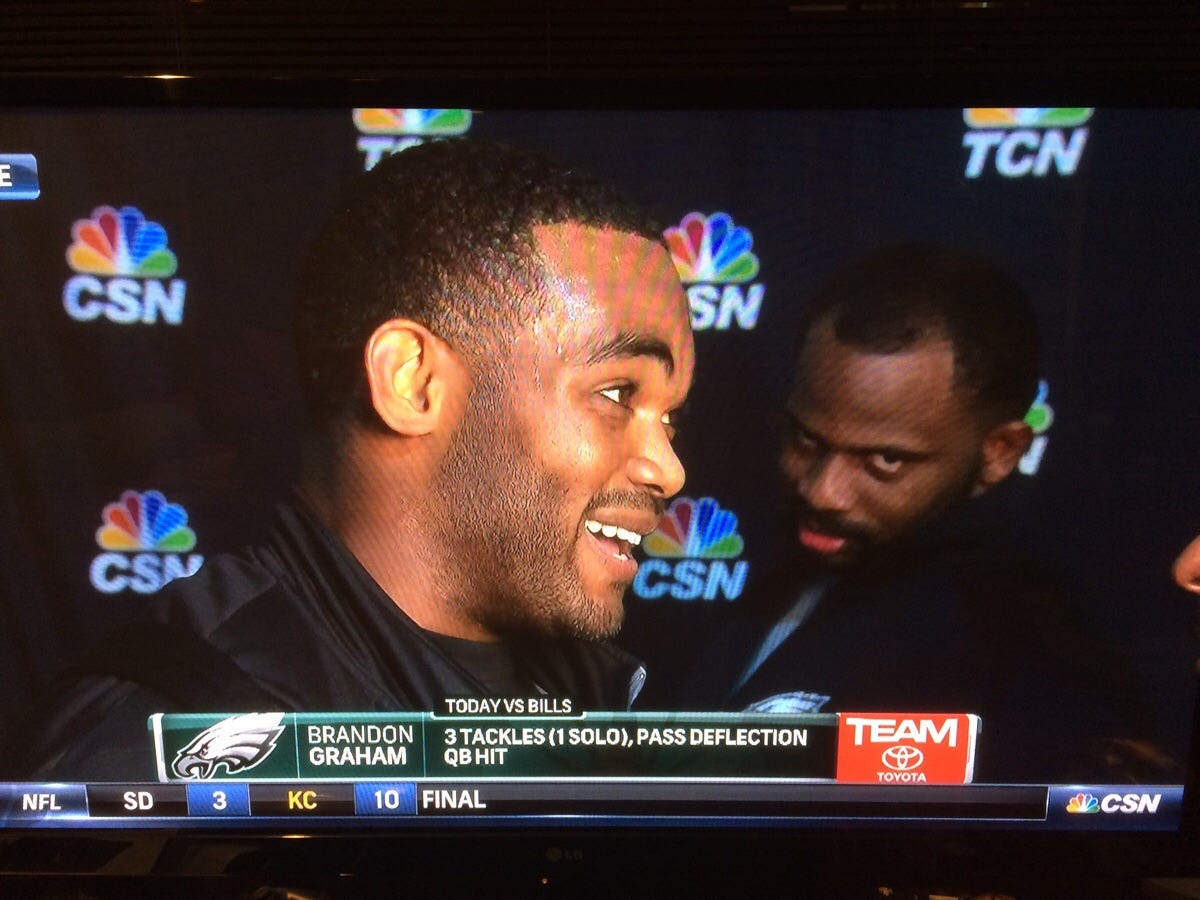 Another game of Fletcher The Destructor using and abusing at will. It’s time to pay the man his money. I don’t care how much it costs. Shit, I’ll pitch in. Rex Ryan said he was laughing when he saw Cox being compared to Jerome Brown and after the game he wasn’t smiling anymore. This kid is 25 and has shades of the Hall already.

23/38 for 247 with a touchdown and a INT (which wasn’t his fault) doesn’t exactly jump off the stat sheet. I don’t care. You see him step up in the pocket on that TD throw to The Nigerian Nitrous like a goddamn American? That was a big boy throw and Sammy has been making man chucks time and time again. Bradford taking shots down the field on a consistent basis is very refreshing to see, too. This man is becoming the leader of the team. Lane Johnson said Bradford was the one who got them FIRED up before kickoff. Dare I say it, he’s dangerously close to deserving that extension with the Birds…and I wouldn’t hate it. Boom stat:

Rex angry at the refs, too. Discipline your team, dude:

No me gusta the running attack: 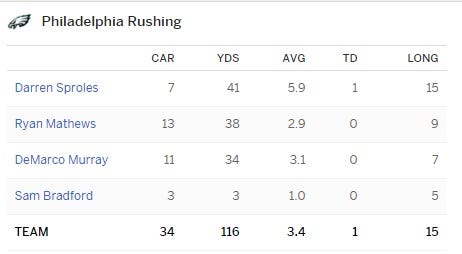 I like the distribution, but nothing really got going the whole game. Gotta be better.

No me gusta giving up big plays:

Butterfingers – The drops didn’t cost the Eagles the game, but it’s still a reoccurring theme from these pass catchers who, you know, are paid to fucking catch passes.

Ed Reyonlds – He had a can of corn pick to seal the game, but other than that this guy was getting toasted the entire game. Sammy Watkins’ TD scamper was cause he didn’t help Maxwell out over the top. There are no real other options at this point (How the FUCK is Kurt Coleman having a Pro Bowl season in Carolina???), but Eddie needs to start being somebody. This is the big leagues.

Now onto the Cardinals, where we are currently 3.5 point dogs. CHIP DON’T CARE.