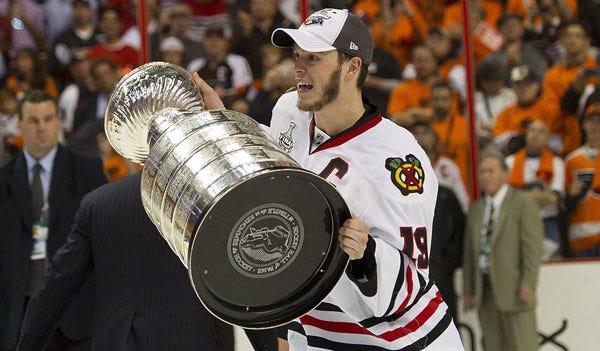 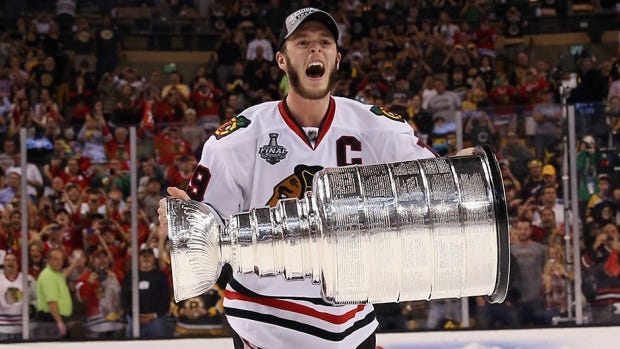 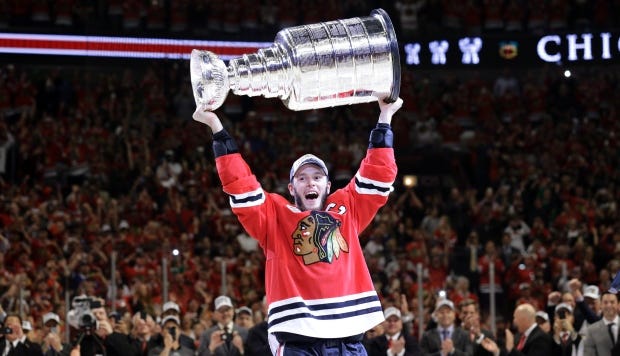 Jordie wrote a blog this morning about which three players he would take to start a franchise.

Now it’s easy to answer the question “which 3 players would you start a franchise in the NHL with?” straight up without taking age/money into the equation. I go Jonathan Toews, Henrik Lundqvist and honestly I still probably go with Crosby despite how shitty the Penguins are this season. But with age and contracts both being in the equation now, it’s time to strap on the GM hat and actually put a little thought into this one. So here it goes.–Jordie

Jordie decided that he would start his franchise with John Tavares, John Klingberg, and Carey Price. His logic was based on cost and age. Jordie believes that Jonathan Toews’s 8 year deal with an annual cap hit of $10.5M disqualifies him from this list. Jordie, Jordie, Jordie. Smh. So short and simple-minded, but I guess that’s what happens when you grow up in Philly and all of your teams are a perpetual disaster.

Jordie agrees that all things being equal Toews would be in his top 3, but here’s the thing. Toews’s deal is actually a benefit. It’s a simple matter of having a fixed cost vs a variable cost. Yes, Toews is the highest paid player in the NHL right now. I would argue that he’s worth it since he’s the best all-around player in the league. But that’s not really the point. If you’re starting a franchise, it’s not a one year experiment. It’s a long term plan. You know what is easy to project…a fixed cost. You could certainly make the argument that Tavares gives you more bang for the buck over next 3 seasons(I would disagree, but I would listen to the argument) because he makes $5M less than Toews. But then what? What happens when Stamkos resets the market for elite forwards with his next deal and the going rate for a franchise forward goes from $10.5M to $12M? How do decide what to offer complimentary players in term and AAV like Okposo next summer if you don’t know what you’ll  be paying for Tavares down the road? The one thing we do know is that salaries for star players aren’t going down(Mike Green just got $6M for christ sakes). If Tavares continues producing at his current level he is going to be making more than Toews is three short years. So Tavares will be making more than Toews for over half of the duration of Toews’s contract AND since a GM wouldn’t know exactly what he is going to have to pay Tavares in 3 years it hamstrings the GM in contract negotiations in the mean time. Having Toews, the best and most accomplished player in the league, locked up at a fixed cost for 8 years is a benefit. Not a deterrent. Every year that passes the Toews deal gets better and better.

As for the other picks…

If I am taking a goalie(which I’m not sure that I would in my top three) I would also take Carey Price. His deal also runs through 2018, but I don’t like having long term deals for goalies so that contract fits into my own personal philosophy. Jordie and I agree on Price.

I also like Klingberg’s contract, but if I am starting a franchise with a defenseman I am going for more of a sure thing. This is Klingberg’s breakout season and we have never seen him perform as a shutdown D in the playoffs. The best value is Duncan Keith at $5.538M for the next 8 years. His age isn’t really that big of a concern for me knowing how well he takes care of his body and how he is a freak of nature, but if that’s too tough to stomach then you could sub in Drew Doughty or Karlsson(who has really gotten better in his own end the past 2 years) with their cap hits for the next four years.

Just a little business lesson for all you young kids out there. Nice try, Jordie