“This isn’t about guns necessarily. This is about scaring our community. This is about a choice between fear and a little bit of good humor,” Andrew Dobbs, a UT alumnus who organized the “mass farting” counter-protest, told the crowd. “We are in a scary time right now and lots of scary things are happening, and some people want us to be more afraid.”

“I choose to believe that fear is not the solution to the threat of our time. That laughing in the face of fear is a courageous act and toting a gun around everywhere you go, maybe not so much,” he added. “When you come to my community, to the university that I love, and you threaten the lives of my friends, what I have to say is, I’m going to fart in your face!”

The group of around 100 counter protesters shouted “Texas farts!” and “We fart in your general direction” as they marched down Guadalupe Street in Austin to meet members of Come and Take It Texas and DontComply.com who were staging the mock shooting across the street from the All Saints’ Episcopal Church.

As both demonstrations died down, clergy and volunteers from All Saints’ came out with buckets of soapy water to scrub the chalk outlines and fake blood left after the mock mass shooting. Dobbs rallied his troops once more, thanking them for their good humor.

Absolute chaos down in Texas. Gun rights groups running rampant staging mock shootings all over the place, advocating for every student to show up to Psych 101 strapped with a loaded glock. Anti-Gun groups running around clogging up the streets farting on everybody. How does anybody get any work done around there?

Just look at these gassy motherfuckers coming out in full force: 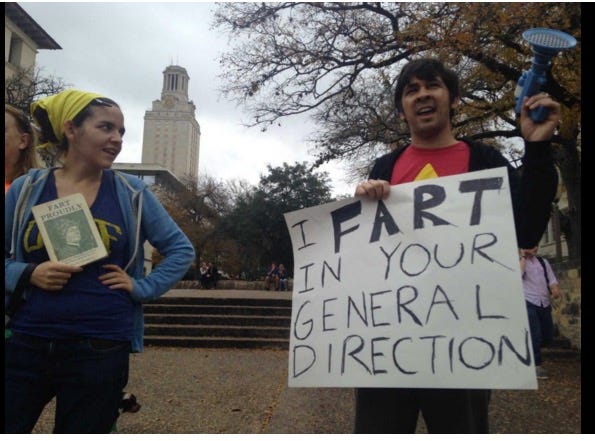 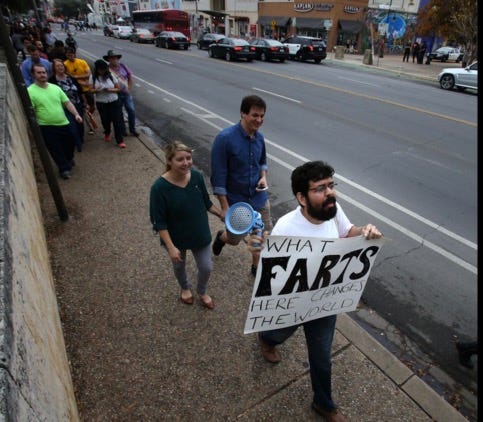 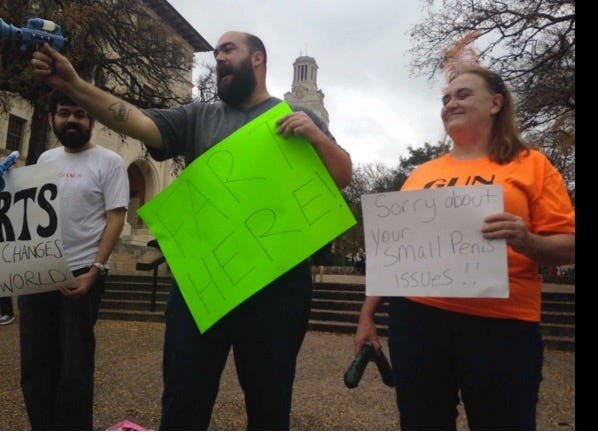 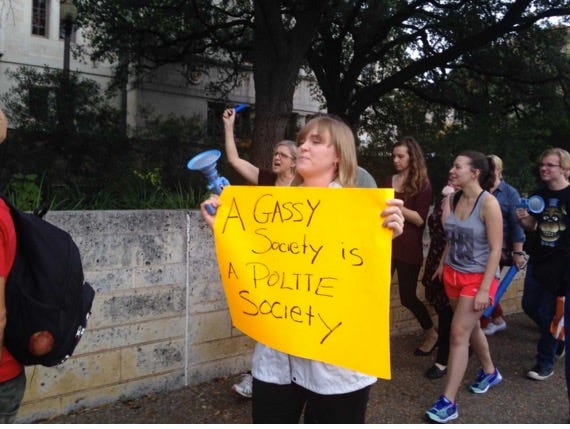 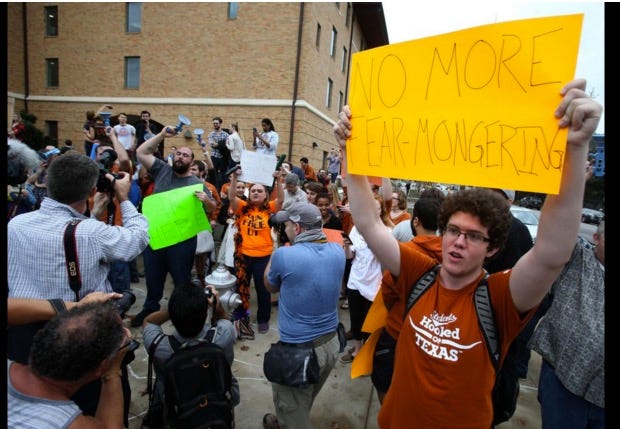 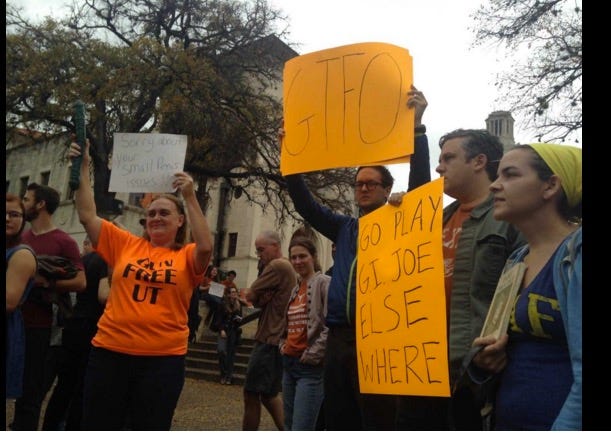 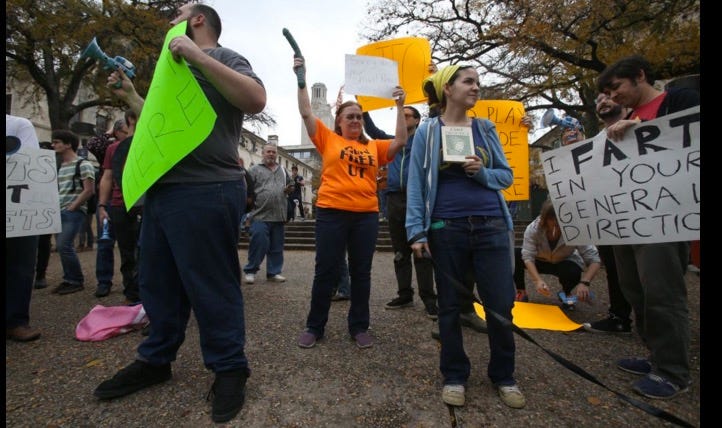 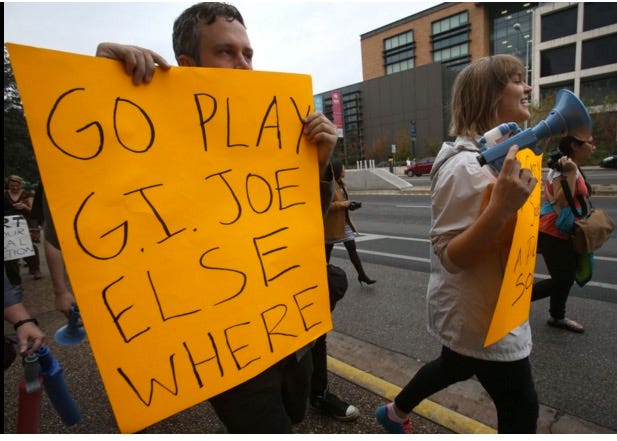 As for the actual mock mass shooting, got to say, it was pretty disturbing and bone chilling.

Oh did I say disturbing? I meant the lamest shit ever. Seriously I guess I just built up the mock mass shooting in my head as some gigantic blood and gore filled choreographed role playing extravaganza, not a dozen people standing on an empty sidewalk. 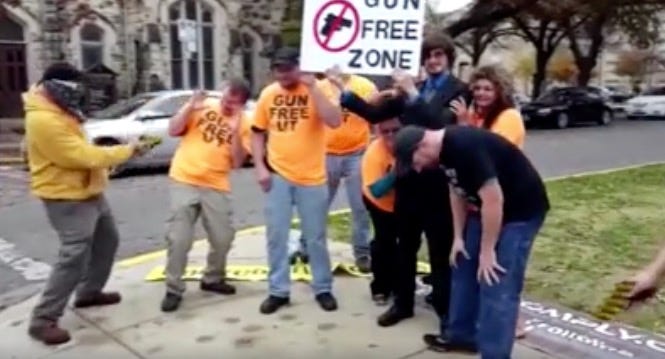 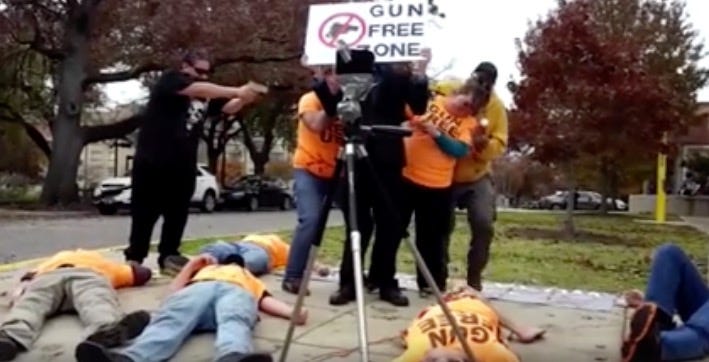 This guy got lost on his way to the Juggalo convention, decided to take a bit part as an active shooter. 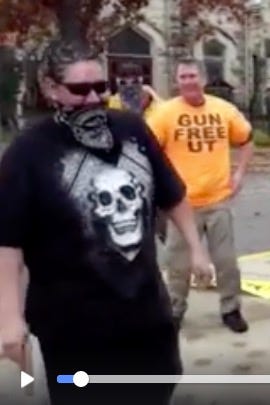 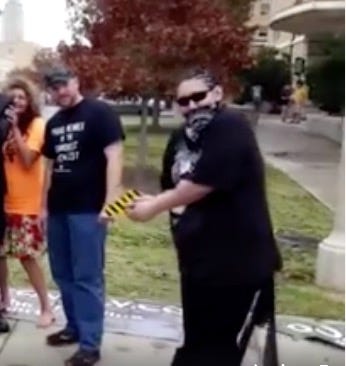