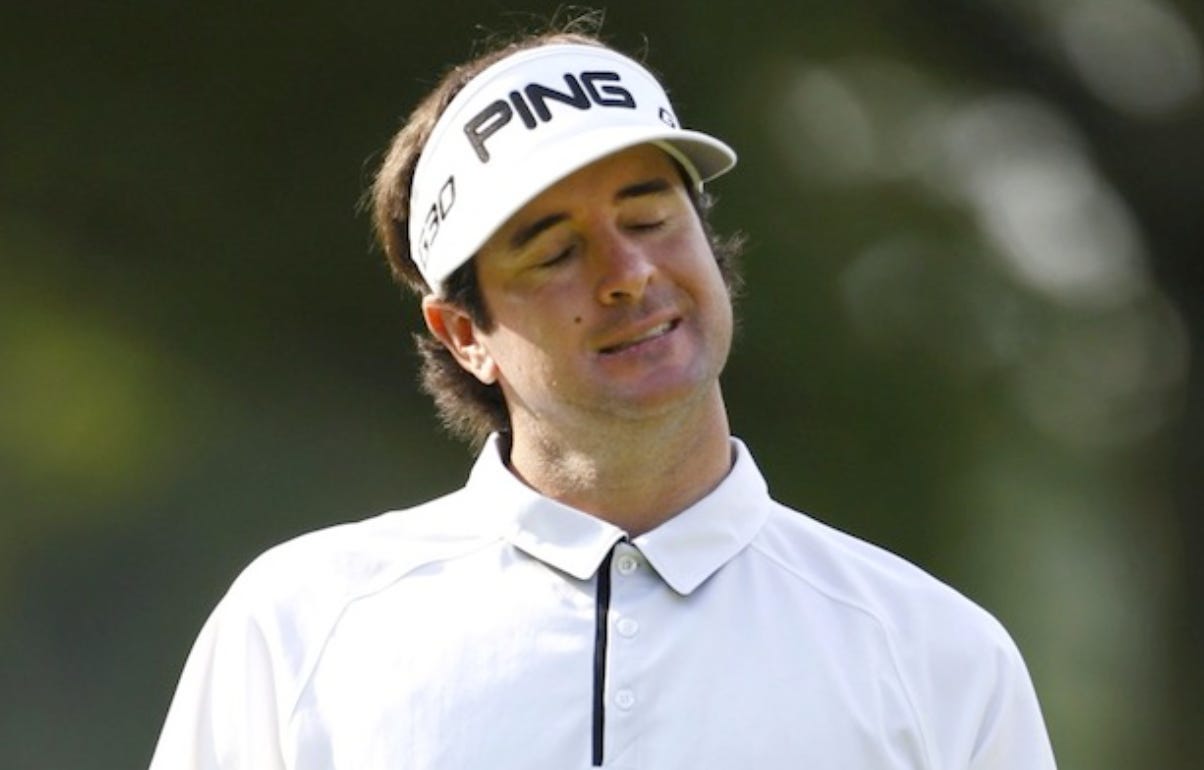 The Big Lead- On Tuesday at the Thailand Golf Championship, Watson sort of clarified the retirement statement. “I did say earlier that I would quit playing the PGA Tour and I would just play some events here and there if I become No. 1 in the world, but let’s be honest, am I really going to become number one in the world? There’s three good players in front of me that are way ahead of me. Even if I win this week I wouldn’t catch any of them.” If you’re a Watson fan and you are worried that he may actually reach number one and walk away from the game, don’t worry too much. “But at the same time, we’ve seen great athletes come back from retirement, so I could always be persuaded. Michael Jordan did pretty well when he retired and came back, so there’s always that chance I could do that too. But again, am I going to be No. 1 in the world? Probably not.”

Of course.  And there it is.  Those comments might not seem outlandish or necessarily flip floppy but it’s there. You just have to look closely to see what Bubba is really saying.

“But at the same time, we’ve seen great athletes come back from retirement, so I could always be persuaded. Michael Jordan did pretty well when he retired and came back, so there’s always that chance I could do that too.”

Be more starved for attention, you can’t. He’s basically saying if he ever reaches #1 in the world and retires he’ll come back if people beg him to come back because people love Bubba so much.  Pretty incredible lack of self awareness.  Bubba doesn’t seem to understand that everyone hates him. Everyone. He lives in a bubble.  He gets standing ovations at golf tournaments and people clap and scream his name but those people don’t count. They cheer for every golfer.  Everyone outside of those golf courses hates his guts and wants him gone because he’s so annoying. It would be funny if Bubba got to #1, retired then waited for people to beg him to come back and we were all just like, “Nah, we’re good.”  I also don’t buy the part where he says he’ll never get to #1 in the world anyway with the guys at the top now so people don’t have to worry about him retiring. Is he new?  Has he ever looked at the World Golf Rankings?  They make zero sense.  I have no idea how they work.  It feels like anybody who strings together a couple wins on Tour can launch up to #1. It’s true that there are only a handful of dudes who can reach the top spot but Bubba is absolutely one of those guys. Oh great, I just fell into his trap. He says he’ll never reach #1 so people with shower him with compliments. Fucking Bubba.