So this isn’t a vintage Jagr highlight like we’ve come accustomed to seeing from the legend, but with this goal early in the first period tonight against Washington, Jarmoir Jagr has tied Marcel Dionne for 4th all time in NHL goals with 731. It should be noted that Marcel Dionne accomplished the feat in much fewer games played but at 43-years young, Jaromir Jagr is still so much fun to watch out there. There are very few mysteries in the world as intriguing as wondering how many goals Jagr could have scored in his career if he didn’t take that hiatus from the NHL to play over in Russia. I’m not gonna say he would have passed Gretzky and scored 900 total, but it’s not like it would be that out of the question. But after saying that he hopes to play hockey until the day he dies, and the fact that Jagr is bringing the mullet back this year, I’m sure that Jags will end his career with at least a few more numbers in the G column. 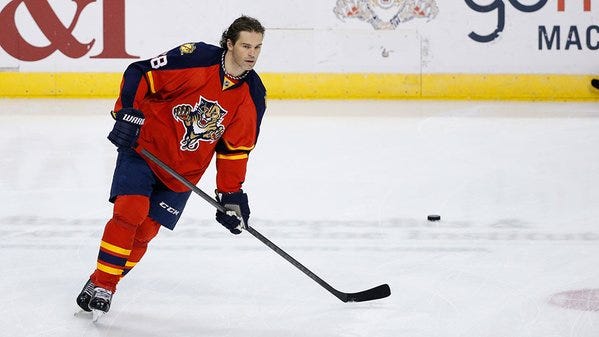 What a beautiful man. Scores a ton of goals, has an amazing head of hair, loves to gamble, loves to bang random smokes on the reg. There’s quite literally nothing to not love about Jaromir Jagr.

P.S. – I’m sure it’s just because he doesn’t know how to change it/doesn’t even realize it, but I LOVE the fact that Jagr’s Twitter background is still Philly.