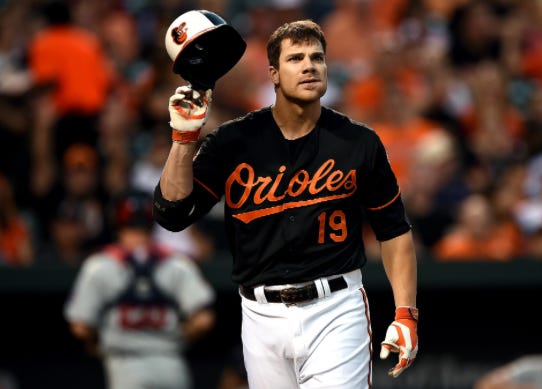 Winter Meetings have come and gone, and the last few days of the meetings turned into the “Chris Davis Meetings”. A few deals were made, and some guys were signed, but a lot of the focus was on Chris Davis and his contract offer from the Orioles.

There seemed to be some conflicting reports about the offers. It was reported by a few different sources that the Orioles had offered Davis a 7 yrs/$150 million contract, then a report came that the O’s had upped their offer to 7 yrs/$168 million. Orioles beat writers quickly jumped to dismiss that rumor. I don’t think there is any doubt that the rumor was started by that little rat Scott Boras, just to try and get some more money out of some other teams. After all this nonsense, it seems like DD got tired of it, and the Birds pulled their 7 yrs/$150 mill off the table before the Orioles proposed deadline of Friday.

I like that DD stuck his heels in the sand and said “nah, we’re not budging” and called Boras’ bluff. If Chris Davis really wants to have a chance to win, and loves Baltimore as much as he says he does, he should be perfectly content with $150 million over 7 years.

It seems obvious to me that the O’s are bidding against themselves. No other teams have publicly come out and said they are in pursuit of Davis. So are the O’s working against themselves? Is there a mystery team out there lying in wait to scoop up Chris? Maybe people aren’t convinced that he can put up last year’s numbers consistently, the guy batted .196 in 2014 and was suspended for 25 games.

IMO, the Orioles are going to look like losers no matter what happens. Either the team signs up the largest contract in Orioles history and fans bitch and complain that it was too much, or the team can’t sign him, and fans bitch that Angelos is too cheap, and isn’t doing enough to win. Bottom line is I want Davis back and I think he is one of the best all around first basemen in the league, even with his high strikeout numbers. You don’t find many guys nowadays hitting 40+ home runs. Not to mention his Gold Glove caliber defense. He makes the Orioles a better team, plain and simple.

With that being said, I’m also fine with him leaving. The Orioles weren’t cheap in these negotiations. You don’t offer $150 million just to say “well we tried and it didn’t work out.” Are we this crazy now that we don’t realize how big that contract is?? If he doesn’t come back, I want to see the money that would have gone to him to be used in acquiring key players. Don’t get another Travis Snider and try and pass it off as a good move. Spend the money on a Justin Upton, Scott Kazmir, Denard Span. If you have a brand new apartment, and get $5,000 from your parents to fill it with things you need, you don’t buy a $5,000 TV and end up with no couches or a bed. You spread the money out to the things you need most, in the Orioles case, that is another corner outfielder and pitcher.

I do love seeing the Orioles this aggressive in free agency, they are making an effort to bring back a key guy. If it doesn’t work out, then it doesn’t work out. It seems like Dan doesn’t want to be a puppet for Boras, if Scott wants to play these games, Dan will take his money elsewhere and make someone else very happy to be an Oriole.

Now it is a waiting game, to see if Davis actually wants to be an Oriole for a while, or if he’s going to chase a contract, which he has all the right to, he’s deserved it. But we don’t have all day to wait, the Orioles know that. They need to act fast and scoop up some of these key players before everyone is gone and we are stuck with watching guys like Nolan Reimold and Jimmy Paredes start. The Birds have the funds to make a splash this free agency, go out and do it now. They’ve won without Chris Davis before, they can do it again. 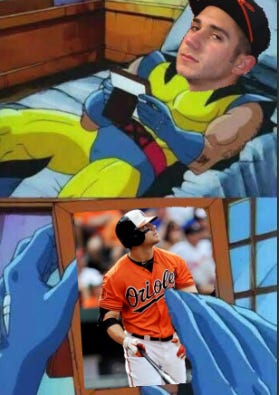 Banks and Reags joined me for the fourth episode of the BarstoolDMV-Baltimore podcast, we had a good chat about Chris Davis, and what we think he will do, and what they O’s should do with this whole situation. Give it a listen.