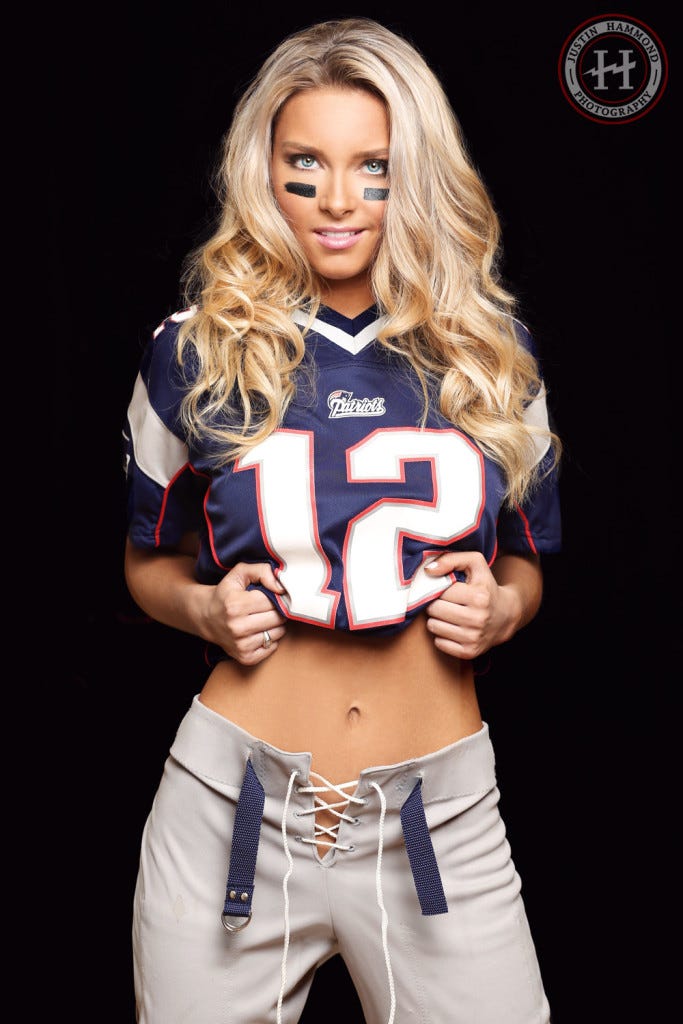 (Source) — When I moved here two years ago, I asked, “Who is this player number 12, and why do people love him so much?” I kid, because I am a millennial sports fan, a woman who cultivated conversant fandom through careful study—and a teensy amount of trickery (i.e., fake it until you make it). A college-aged female coworker recently said she refused to date a Seahawks fan. She preferred someone who appreciates art, music, and writing. I told her, “Honey, the two are not mutually exclusive. If you want to meet a man, meet him halfway, because most men enjoy sports. That expands the pool of dateable men beyond skinny-jeaned hipsters and bearded vegan baristas.” Sadly, she evoked images of my elitist, er . . . younger self, who would have shunned anyone donning a 12 jersey the way a theater major avoids a frat house. In my early 20s, I didn’t want to date some football-loving douchebag. Only later did I come to realize how self-defeating and unreasonable it was to judge the vast majority of men by their benign weekend hobby.

Do you want to expand your horizons when it comes to dateable men? Here’s my seven-point action plan.

First, find a TV-based ball sport you can tolerate or—maybe—even like. Absent a new NBA franchise, that means the Seahawks, Mariners, or Sounders. Then belly up to the bar. You will not meet anyone while giggling in a booth with a gaggle of girls. And remember that tennis, golf, and figure skating are not viable options, since those are not competitions guys watch (or cheer about) in bars. The intention is to meet dateable men.

Second, educate yourself. Read. I recommend the sports/humor website redacted. Sometimes, in the doctor’s office waiting room, I also pick up Sports Illustrated. Ask questions. Inquiries are a more efficient aphrodisiac than copious cleavage. To a guy, the only thing sweeter than mansplaining is sportsplaining.

Third, don’t be afraid to not know something about sports. If you have the slightest bit of knowledge, you have opened the door of conversation. Again, dudes dig this.

Fourth, learn the timing. A friend recently summed it up thusly: “It is all about knowing when to cheer and when to be quiet.” For example, the last two minutes of a Hawks game will seldom only be 120 seconds. During this time, DO NOT SPEAK.

Fifth, don’t judge a man by his sports jersey or face paint. I was recently on a date with a dude who stopped following football. To me this was more off-putting than a guy wrapped in a 12 flag. It indicated a lack of passion and commitment. If he can give up on the Hawks during a season of injury and ill fortune, will he give up on me? Look, guys do goofy things to express their devotion. If they’re able to go gaga for a sports team, they can also be unbridled in their enthusiasm for you.

Sixth, unless you have a once-in-a-lifetime opportunity—say, matinee tickets to The Book of Mormon—do not ask them to skip the game and watch it later on DVR. This is like them asking you to miss the red-carpet preshow to the Oscar telecast. It just isn’t the same after the fact.

Seventh, an invitation to Safeco or the Clink is on par with dinner at Canlis and tickets to The Nutcracker. If a guy asks you, even casually, if you’d like to catch the M’s or Hawks at home, you must say yes. Put on your favorite jeans, a cute T-shirt, and casual shoes (no heels) and enjoy a ballpark frank. Wanna score major points? Secure the tickets yourself and ask him.

Uh oh, folks. Batten down the hatches, we’ve got a woman in 2015 who thinks it’s beneficial to dating if you pretend to like sports. People talk about a lot of different “types” of Twitter that will bring you a firestorm, #FSUtwitter, #BlackTwitter, #HockeyTwitter, etc but there is no group who gets more offended than #SportsGirlTwitter when an article they deem misogynistic in regards to sports is written. It’s the highest of crimes to even hint that the average girl might not be as interested in sports as the average man and I never understand it.

I’m a guy who has, perhaps, a handful of traditionally “feminine” interests: romantic comedies, pop music, abbreviations, and award shows to name a few. I’m not going to freak out when people acknowledge the fact that those of my ilk don’t tend to like these kinds of things. I won’t scream sexism if someone says, “You watch Scandal (though I’ve fallen behind, no spoilers plz)?!” What’s the problem with pointing out that a good deal of chicks, pretty much every one in my life, really doesn’t give much of a fuck about sports? Why is it so offensive to say “Hey, if you do this stuff and feign interest in it, you’ll probably have better luck out in the dating world”?

A relationship is pretty much exclusively about pretending. Pretending until you’re comfortable enough to admit, “Eh, I’ve been lying almost constantly for the last three months. Here’s the real me…” You pretend to like sports and I pretend to like your friends. You pretend to like going to sports bars and I pretend to like a romantic stroll home from dinner. How’s my fantasy team doing? You’d love to know, and please, tell me what that bitch Jennifer at work did immediately after I finish. We do this until we become complacent and decide to just be our gross, shitty selves. There’s really nothing sexist about acknowledging some lying will get you a significant other.