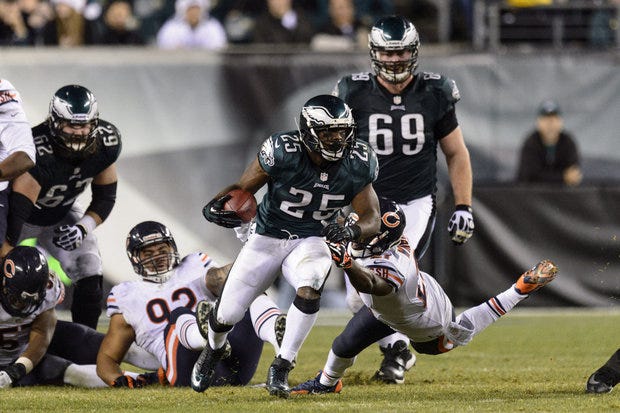 I’ve been getting a lot of questions like this with Shady returning to Philly this Sunday. Do you cheer him because of what he once meant to this franchise or do you boo his brains out because of his numerous, childish comments regarding Chip Kelly and the Eagles? Well, I’m gonna make this very simple for everyone right from the start: Shady deserves to get the same exact treatment McNabb got when he first returned to Philly with the Redskins. A great cheer early to show appreciation, then hefty hate throughout the game – Something you should show to any enemy.

Why even cheer for him in the first place if he’s acting like a scorn ex-lover who would burn down our house if he was taught to use matches? Well, for starters, this: 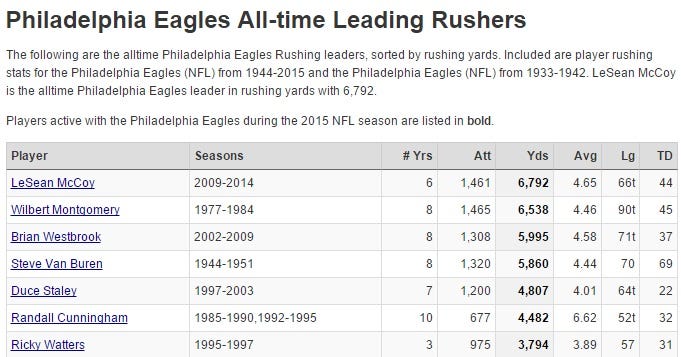 You always gotta remember the good times. This man is the Eagles all-time leading rusher. That’s through fucking almost 100 years of people taking the pigskin in Philadelphia. Think about that. He gave it all and then some on the field. Off the gridiron, sure, he was kind of a dick. Between spreading the Herp and not tipping around this fair city I can see how he got on people’s nerves. But as far as being an Eagle was concerned, Shady was a hero in this town.

And like McNabb, Shady didn’t run himself out of the city. This wasn’t a T.O. situation where he blew up the team. No, no, no. You think he wanted to be traded to the Sibera of the NFL? This kid grew up in Harrisburg, went to school in Pitt, and spent his first 5 years in the NFL in Philly. Not a lot of travel for Shady in his adult life and his whole crew ran this town. Of course he was a little pissed off when, as the franchise player, got dished to Buffalo. My ass would be chapped, too. Granted, it’s no excuse to run his mouth like he has since landing in upstate NY, but we’ll just chalk that up to the maturity and reading level of a 3rd grader. It’s not Shady’s fault he’s a dumb dick. Or maybe it is. Regardless, you can’t discount what he’s done for the Eagles on the field so, like McNabb, he should get cheered boisterously then boo’d recklessly.

And honestly, we all just better pray our dicks and/or clits off he doesn’t go off to the tune of 200+ yards and a couple TD’s, which he absolutely could. Make no mistake about it, Rex will make him a captain and give him the ball 50 times out of spite. Hopefully that chip on Shady’s shoulder is more talk than walk.