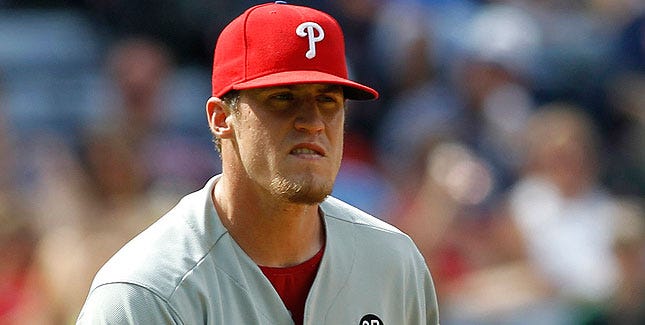 Rookie General Manager, Matt Klentak finally made his first big splash of the offseason trading young flamethrower, Ken Giles. The 25 year old Giles has been nothing short of brilliant with the Phillies, posting a 1.56 ERA in 113 career appearances, a 11.7 SO/9. 2.8 BB/9 and a 44.6 percent ground-ball rate. Since he broke into the major leagues in June of 2014, opposing hitters have a career .200 BA against with a .526 OPS, so it’s safe to say he knows how to get outs.

Giles is everything you want in a closer; A tenacious personality on the mound who can absolutely gas, to go along with his wipeout slider . As big as a tool as Jonathan Papelbon is, we can’t deny the effect he had on Giles during their time together in Philly. On numerous occasions Giles praised Papelbon for his tutelage and for helping ‘guide him through the way of a closer.’

I see a lot of Papelbon in Giles, who let’s not forget, is one of the most effective closers in MLB history. Like Pap, Giles wants the ball in the 9th inning. His hotheaded and competitive style will really help the back of the Astros bullpen who self-destructed in Game 4 of the ALDS in 2015.

Let’s look at the return from the Astros.

Velasquez was the main piece in this four prospect haul. He sat as the #4 prospect in the pre-2015 rankings for a farm system that included former top picks, Carlos Correa and Mark Appel. After being drafted in 2010, he tore up the minor leagues with a combined 3.28 ERA with a 10.8 SO/K. He only got as high as Double A last year before being called up to the Big club in June where he made 19 appearances including 7 starts.

He will compete with Jared Eickhoff and Adam Morgan for the number 4 spot in the rotation in 2016, but as sought after as he was, I don’t see him losing that spot.

I like Oberholtzer. I remember watching him a couple years ago twirl an absolute gem during his rookie year. The thing about Oberholtzer is he is coming off injury and is at best a quality start guy who will pitch to a lot of contact. He’s pretty much a lock to be number 3 in the rotation behind Aaron Nola and Jeremy Hellickson.

The number 38 overall pick in the 2014 draft and the #8 Astros prospect, Fisher had a big year in 2015 between Low and High A. 22 HR, 31 steals and a .847 OPS is not too shabby, but let’s see how that translates to AA in 2016. However rumor has it he could be good enough to be the starting LF for the Phillies…NEXT SEASON. This kid has potential to be stud material.

I’m going to miss Giles. I was a huge fan of his, but let’s face it. What is the point of having a shutdown closer when won’t a winning product on the field yet? Personally, I would rather have two, young starting pitchers who will see 175 innings each than a closer who may see 50 in Philadelphia. I am a huge fan of the move, but we are still a long way from this again…

PS – Just confirmed the Phillies received Thomas Eshelman, the Astros second round pick in 2015 as the fourth player.
So with Oberholtzer, the Phillies recieved the Astros #4, 8 and 13 ranked prospects. A massive haul. #ILoveThisTeam