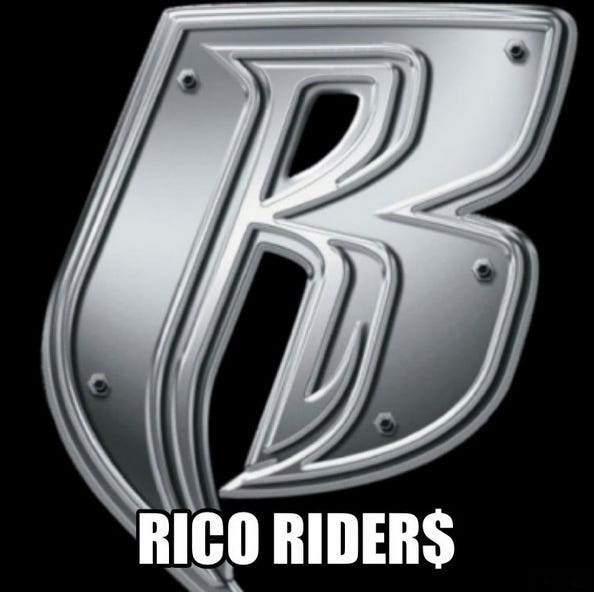 Rico Bosco’s Lock of The Week via my friends at OddsShark.com. Let’s get right into the trends for the NFL, Army-Navy and some college hoops: 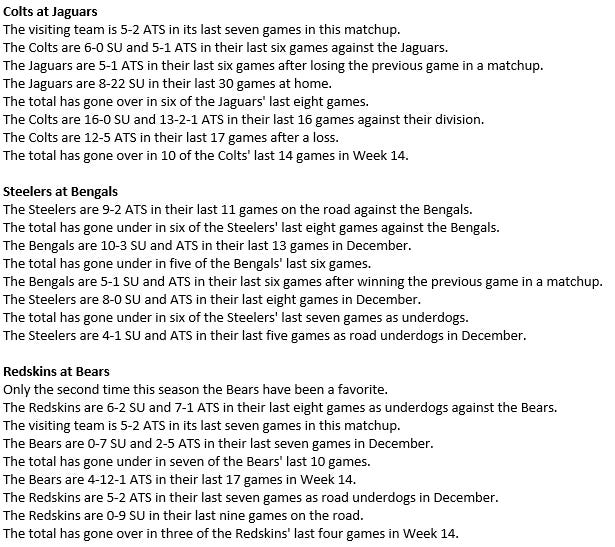 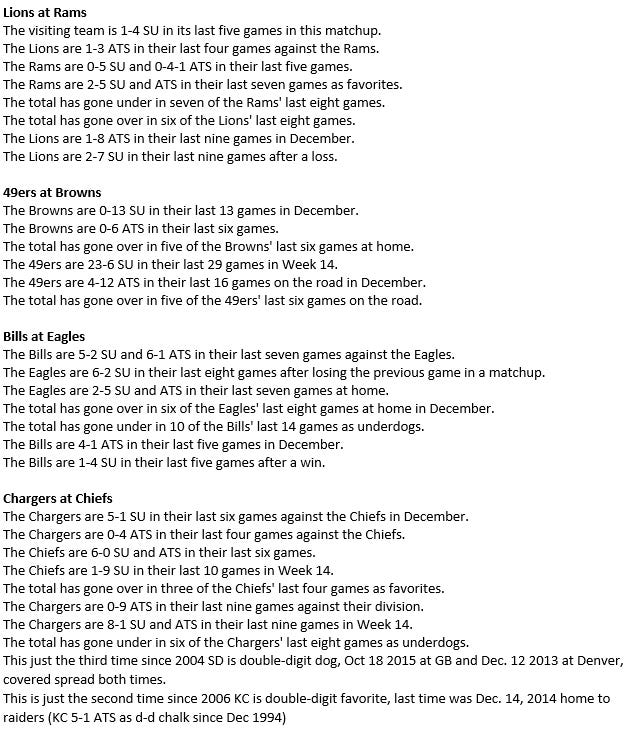 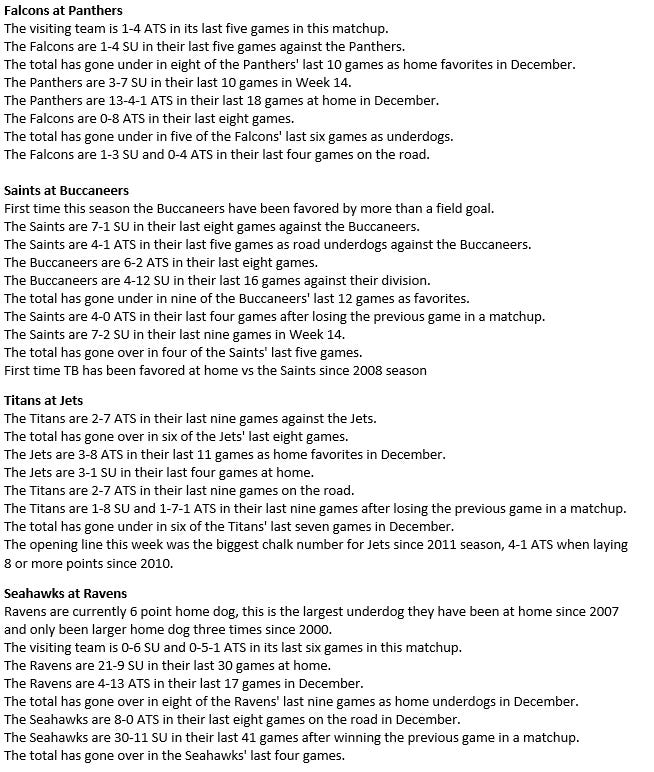 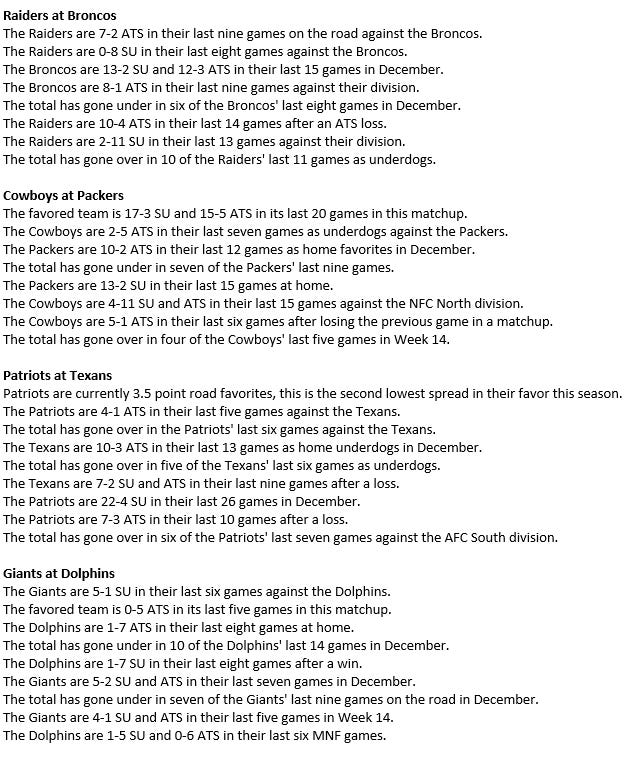 Army is 0-4 SU in its last four games

Navy is 4-1 ATS in its last five games 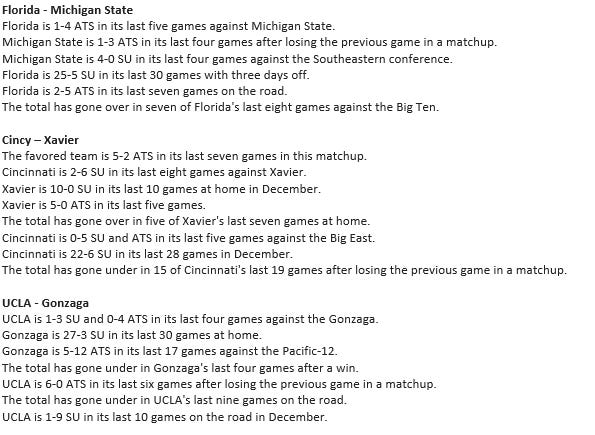 – Exciting weekend of Sports with the NFL Playoff races heating up, one of my favorite traditions Army-Navy,  The Heisman Trophy presentation, as well as a dose of college hoops. Now add in the Golden State Warriors chasing perfection, and Bowl Games on the horizon it almost makes me forget I haven’t bought a Christmas gift yet.  Nonetheless, great time to be placing units on sports !

This week I would like to touch on some future bets that have caught my eye recently, as well as some I’ve placed myself. For those of you new to the gambling world, here’s a quick description from OddsShark.com  : Betting on an event in the future is a popular and fun form of wagering. For NBA purposes, this translates to odds on who will win the NBA championship. Oddsmakers refresh and update future odds all year long. If a team is hot and leading the league, their odds will improve. If a team is slumping and suffering from injury problems, they will see their odds drop. For example, the NBA’s top team may be 3/1 to win the championship while the last-place team might be 500/1 odds.

OddsShark.com was able to tell us all how rich we could have been if we took Derrick Henry or Deshaun Watson back in August : 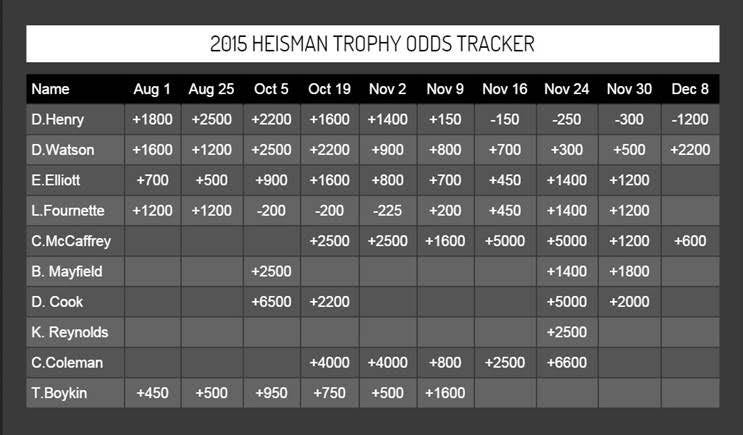 The frustrating part for me is seeing that just days before (11/2) the LSU game (11/7), grabbing Derrick Henry was still a +1400 payout. Given Bama was a TD favorite and the winner of the game would probably run the table to the SEC Title game, the risk was clearly worth the reward, but as they say “hind sight is 20/20.”

Here’s the current odds on The Heisman Trophy, with Derrick Henry as a runaway favorite :

I personally like futures because it’s all about spotting value. I look at futures with the mindset of : “Is this team’s potential higher than what the odds on this future indicate? ” when I look at potential longshots to take, and “Am I ever going to get this value again?” when looking at favorites. There was a Pick Em in mid October or so where I gave out Alabama at 5.5 to 1 odds for that same reason. I looked at it and said, “I am NEVER going to get this value again.” Of course, that podcast got deleted so you’ll have to ask Big Cat to verify (which I know he will), if you ask Dave he’ll deny or say I took Western Kentucky just to irk me.

Two futures I placed this week were :

Why ? 1- Weird things can happen in the playoffs 2- I’m not sold on Andy Dalton in a big spot 3- The Patriots injuries. I like the Steelers chances to come out of the AFC because of all those things, and if they make it to the Superbowl, you can always hedge. This falls under my “potential higher than odds indicate” as I look at a Big Ben team with lots of weapons, a solid D, and a great coach.

I usually like having more favorable odds with future bets, however I am all in on this Golden State team to get back to the Finals barring a monster injury. They should be a virtual lock to at least get to the Western Conference finals, and pending on the other team’s series price (estimated +250, or +300) there’s a bit of a hedge opportunity to at worst cut down your losses. This one falls under “I am never going to get this value again.”

@DocEpac13 asks ” Which future do you like in College Basketball ? ”

Great question, here’s OddsShark.com’s College Basketball futures . I would take Kansas +800 for 2 units, and Xavier +6600 for 1 unit. Kansas has won the Big 12 for what feels like the last 37 years. Bill Self is one of the most impressive coaches around and always gets his team to perform. He’s had some tough L’s in the tournament of course, but this year’s team has 5 guys averaging 10+ points, shows me athleticism all over the court, has great offensive and defensive efficiencies, and can just flat out ball. Don’t forget, freshman big man Cheick Diallo was recently cleared by the NCAA. Give me the Jayhawk’s now while there’s still a big potential payout.

My long shot would be Xavier. They  have 6 players who average double figures, as well as a coach with 5 NCAA Tourney appearances under his belt including 3 Sweet 16’s. The Big East will allow Xavier to get to 23-25 wins as Nova, Providence and Butler are the only roadblocks in a very top heavy conference, where they can be a top 3-4 seed entering the tournament, which may give them a great draw to reach the Final Four.

Lock of The Week :

Throw the rivalry out for a second, and just look at how Navy plays and executes that option attack , and then look at Army who has been awful all year. Keenan Reynolds will be playing in the national spotlight with a huge chip on his shoulder after getting snubbed of attending the Heisman presentation, and should come out looking to add to his Touchdown record. Navy has rolled over Memphis, and Air Force as well as beating Tulsa and ECU. They hung tight with Notre Dame, and their only other loss was to a really good Houston team. Army beat the worst rush defense in America in East Michigan and FCS Bucknell. Duke is the only team that Army has played that can match up with Navy’s skill level, and Duke rolled Army 44-3. Duke ranked 62nd this year in rushing offense and Navy ranks 2nd. Sometimes you don’t need a whole lot of stats to tell you why you should take one team over the other and this is one of those cases. Give me the Middies to roll really early. 24-0 at half easily.

Have a great weekend everybody… welcome bank Hank !

Last Week : Took a loss to fall to 0-1 on some baffling plays from Appalachian State (-18) including not 1, but 2 fumbles lost inside the 3 yard line.

For all stats and trends check out OddsShark.com & follow @Rico_Bosco on twitter for all my other picks, and recently released Bowl Picks