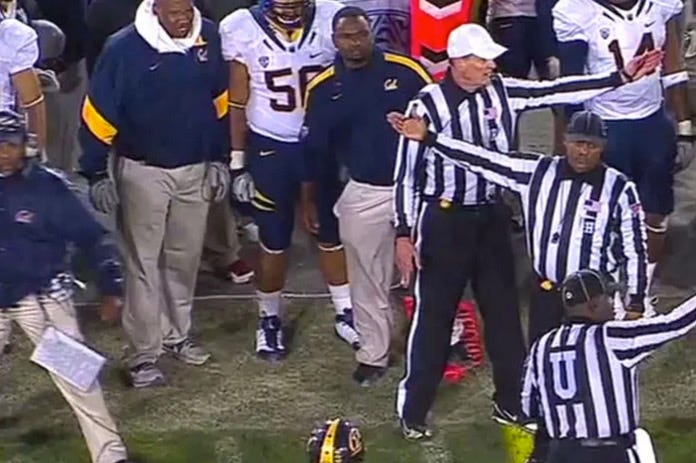 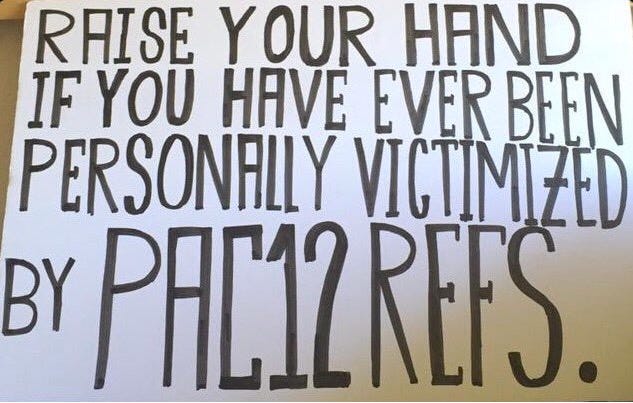 AZ Central – College football’s biggest night will be in the hands of the Pac-12.

The Austin American-Statesman’s Kirk Bohls reported that a Pac-12 officiating crew scored the national championship assignment. That game will be played Jan. 11 in Glendale.

Now, everyone thinks their conference has the worst officials. It’s just how sports fans are. So, there is no way to definitively say this is bad news for college football.

I don’t know how many people on the East Coast make it up to watch these late games during the season, but let me tell you – you’re in for a treat with these Pac 12 refs. If there was any way to add a little edge and make the championship game as entertaining as possible for the social media crowd, adding Pac 12 refs to the mix is it.

How bad are they? Well for one, there’s an entire #Pac12Refs meme.

Had some real classic mix-ups over the past couple of seasons, and by mix-ups I mean the complete wrong calls that have directly cost teams games. Lottttt of official apologies and press releases apologizing coming out of the Pac-12. For example –

Washington State getting a 5th down and scoring on it

Previously in Washington State, TD wiped out because the refs didn’t know who had the ball

Oregon penalized on the final drive and lost the game because a player bowed.

This touchdown was called back. 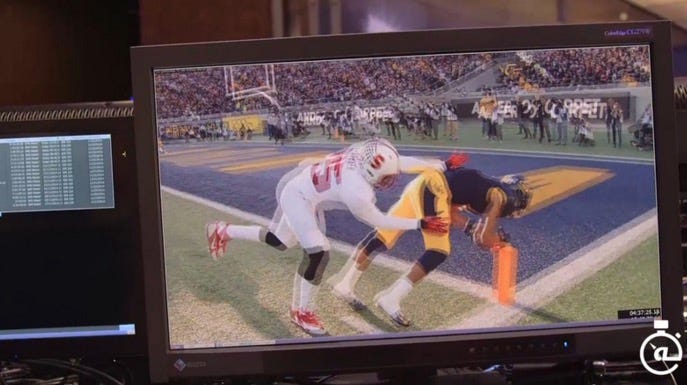 Seriously, all you need to know: Mike Pereira calls these guys “the bandits in the booth.” Mike Pereira.

Should be a good one with absolutely no controversy!