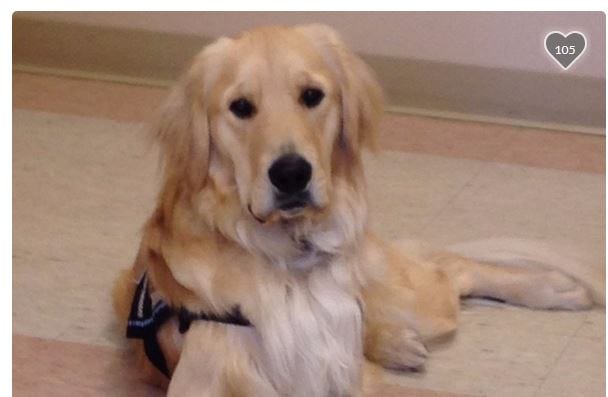 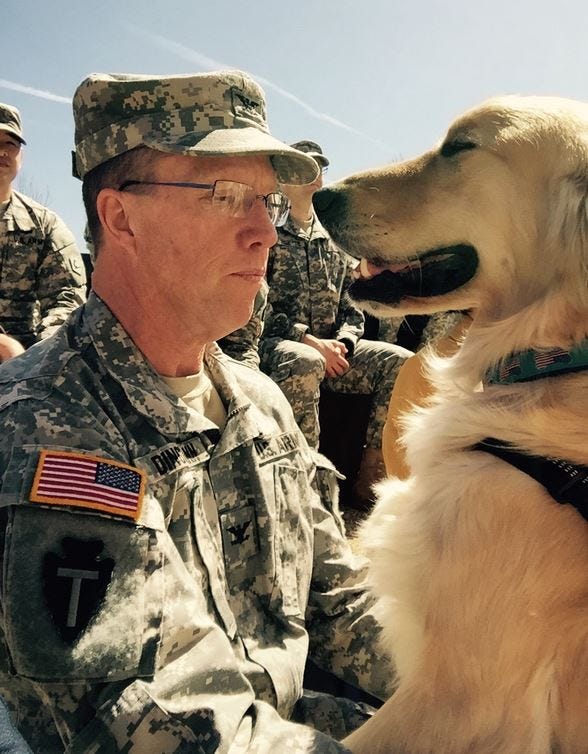 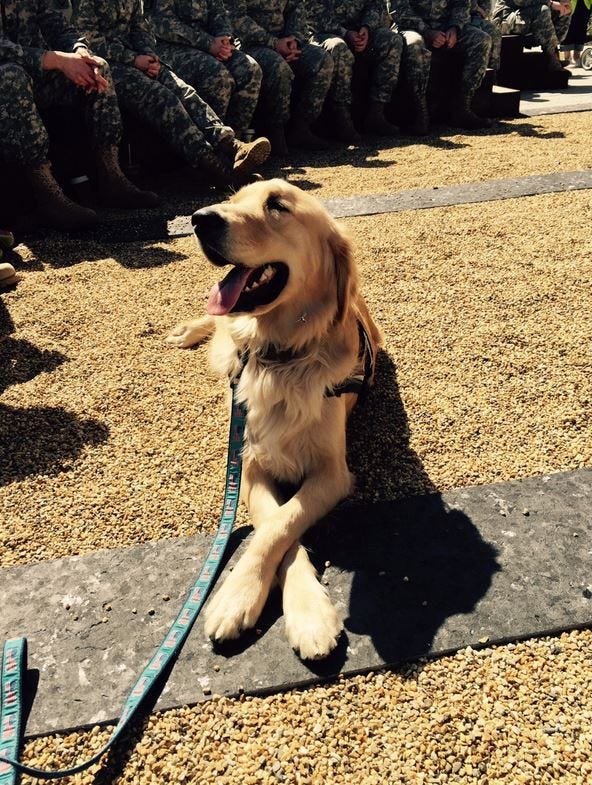 I hope this email finds you well. First off, I want to thank you for taking the time to even read this. Im sure you get a ton of emails every day.

I’m writing to ask for help from stoolie nation. I know you always like to get behind good causes, especially those involving veterans and animals. This is one that encompasses both of these things.

This past Saturday, my girlfriends dad’s military service dog, Jeremy, was in a very bad hit and run car accident in Bourne, MA. Since then, he has undergone emergency surgery to repair a herniated diaphragm and remove his ruptured spleen. He also sustained multiple broken ribs, bruised lungs, and a bruised liver. He had a chest tube put in to remove fluid from his chest cavity and has also been experiencing arrhythmias in his heart. Thankfully, he has been making progress every day and should be stable enough to go home in the next few days.

As you can imagine, this kind of emergency vet care has racked up a very extensive bill, so we decided to start a gofundme campaign to help ease the cost on our family. To date, the bill has reached almost 15k. We have already raised over 5k in three days but we’re hoping that you could give our campaign some more steam. Here is a link to the page: https://www.gofundme.com/JeremyServiceDog

Colonel Tony Dingmann has served over 26 years in the Army including 3 deployments to Iraq. He just recently retired from active duty but still serves our country as a psychiatrist treating patients at the VA on a daily basis. Not only does Jeremy help Colonel Dingmann, he helps countless others veterans and now he needs our help!

The Colonel came to be with Jeremy through a great local charity called Heroes in Transition which helps to train and place service dogs with veterans returning from overseas. Jeremy is actually named after a fallen Marine Sgt., Jeremy McQueary, who died in Afghanistan in February 2010. This is such a great charity and it has made a huge difference in the lives of countless veterans and their families, especially ours. If you could share our story with Stoolie nation, we would be forever grateful!

Fox 25 news has even contacted us and they want to run a story on Jeremy and Colonel Dingmann. If we do end up raising enough money to cover the vet expenses, we plan to donate any extra proceeds to Heroes in Transition.

Thank you again for taking the time to read this. I hope that you can get the word out there to stoolie nation, not just to help us raise money, but also to raise awareness of Service Dogs and the vital role that they play in the lives of so many veterans.

I know I’ve said this before, but for all the shit people give Barstool and our community of readers the one thing the Stoolies never fail to do is help when we ask them to.   And throughout the years dogs and the military have been 2 staples for us.  So this is an absolute no brainer.   It sounds like Jeremy is going to make it which is great, but the family is stuck with 15K worth of bills.  I never want to say raising money is easy, but I’m hoping this one only takes a couple hours to hit the 15K goal and any money they raise beyond will go to Heroes in Transition.  Hopefully people can help out because without dogs and our troops what do we have?  Nothing.  Thanks in advance to everybody who donates.