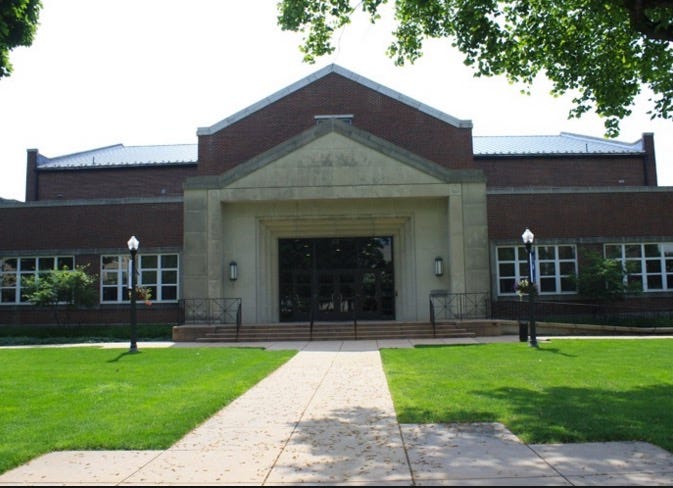 NBC – Students at a small Pennsylvania college are demanding that administrators rename a building called “Lynch Memorial Hall” because of the racial overtones of the word “lynch.”

The building is named after Clyde A. Lynch, who was president of Lebanon Valley College from 1932 until his death in 1950.

Students want school officials to either rename the building entirely or add Lynch’s first name and middle initial, saying the word recalls the public executions of black men by white mobs in the late 1800s and early 1900s.

It was included on a list of demands that students presented to the school on Friday. Other demands include a more diverse curriculum, more sensitivity training for staff and regular surveys of the racial climate on campus.

School spokesman Marty Parkes said Tuesday that President Lewis Thayne is considering all of the demands and will address them at a forum next month.

Wait the students JUST started protesting and presented a list of demands on Friday? What did news of Missouri and literally every other campus in America just reach Lebanon Valley by postman on horseback or something? Sorry guys, hate to break the news to you but you totally missed the boat on this whole thing, we’re on to a whole other news cycle.

Anyway I’ve never heard of Lebanon Valley College so I’m not really familiar with their syllabus, do they cover the difference between proper nouns and verbs at any point? Just curious. Doesn’t mean I don’t disagree with the students here…in fact I think they kind of make a great point. Protesting offensive speech is so played out. Time to up the stakes a little bit and protest words that can possibly be offensive, when taken in the wrong context, and used as the wrong part of speech. Or actually just any word with any sort of ties to something even somewhat offensive – ban it. Get rid of it. Stick it in the trash. For example any sort of Martin Luther King reference, gotta scrap it – “King” reminds me too much of colonialism and western supremacy, and the cultural genocide and oppression that comes along with it. Think that’s a good place to start.

All I know is this bum Clyde Lynch has to go. What has he ever done for the school anyway, besides have his name serve as a trigger warning?

…A recent graduate of the college, said “It’s the last name of a very generous donor who probably helped fund many of these students.”

According to its website, Lynch led the college through the Great Depression and World War II, helping to raise $550,000 for a new physical education building which was named for him following his death.

The building, which housed the college’s basketball court for more than 50 years, was “revitalized” into an all-academic center in 2003, now known as Lynch Memorial Hall.

Calling Lynch a “very important figure” in the history of the college, Parkes said officials want to avoid “doing anything that would denigrate his memory or his legacy here.” [PennLive]