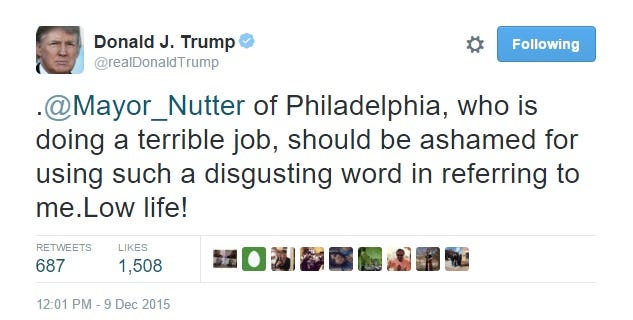 Yesterday wasn’t exactly a great day in the office for Bully Trump and it was all capped off by getting stuffed into a locker by soon-to-be former Philadelphia mayor Michael Nutter. Here’s Mikey da Kid busting a nut all over Trump’s face yesterday during a press conference.

Philly.com – A day after Republican presidential candidate Donald Trump said he would ban all Muslims from the country, Mayor Nutter said he wants to ban Trump from Philadelphia.

Nutter decried Trump’s words, saying “nothing more vile or ignorant” could be said and accusing the candidate of taking “a page from the playbook of Hitler.”

“Certainly if I had the power to do so, the only banning that should be done is that of that person not being allowed in the city of Philadelphia.

Now here’s the thing. Michael Nutter is out of office in a month. He’s pretty much as irrelevant as it gets to Trump. Trump is trying to rule the world right now. Michael Nutter is in charge of a city for a couple more weeks. But he’s so shook by the Nutty Professor right now that he’s turning his trigger fingers into Twitter fingers. He’s so shook, in fact, that he’s tagging the wrong person in that tweet. 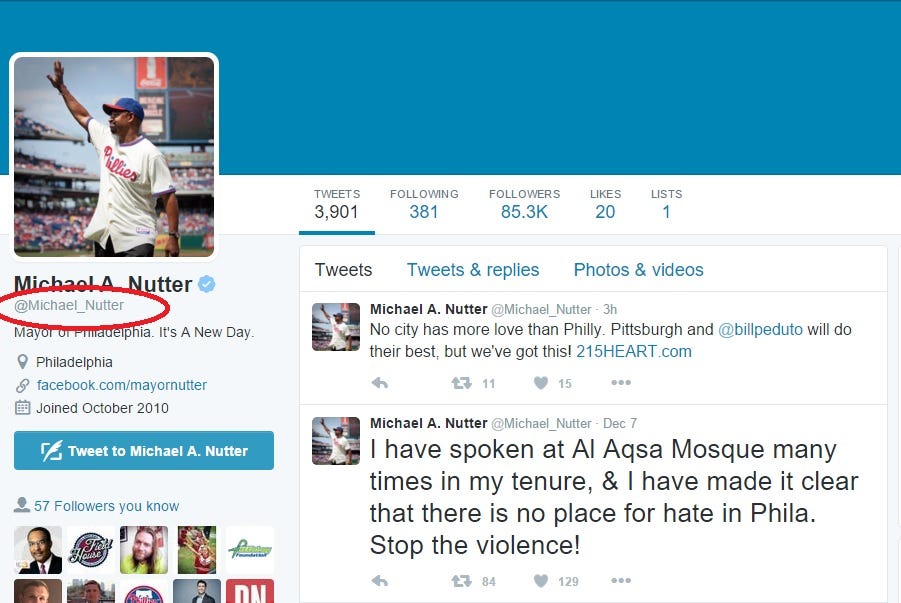 I thought that Donald Trump was supposed to be the Bad Boy of Politics. I thought he was a part of the “Only rule is that there are no rules” club. The kind of guy who shoots first and asks questions later. Yet here he is shaking in his boots over some guy calling him a dirty word. And why is he so scared? Because he knows that We’re From Philadelphia, And We Fight. He knows he doesn’t want to get into a war with the people of Philly right now. Because there’s not much else that we have left to cheer for these days. He knows that we’re thirsty for blood. And he knows that if there’s one city in the world that can put his ass to sleep, it’s the City of Brotherly Love.

You just watch. Years and years from now we will all look back to this very moment that Donald Trump tried to get into a Twitter fight with a Mayor as the moment that ended Donald Trump for good. Now somebody cue Michael Nutter’s music.