Listen, let’s not make this a whole thing about a thing. I’m not going to get crazy here. I’m just simply going to say this, if I, as a red blooded American were ever to be attacked by a bald eagle named Uncle Sam, I would deport myself immediately. You can’t be an American and have the most American thing ever be pissed off at you. You just can’t. It’s like how dogs can sniff out sketchy people. Or when an earthquake is coming and all the animals start acting weird. This bald eagle knew, that’s just animal sense, it’s the most powerful sense there is. You think it’s a coincidence that animals can see ghosts? Yeah right. All I’m saying is if you don’t trust animal sense telling you that Donald Trump is a dickbag then you are being an ignorant slut. 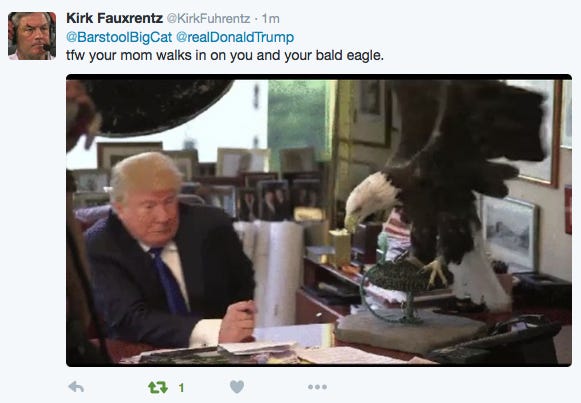