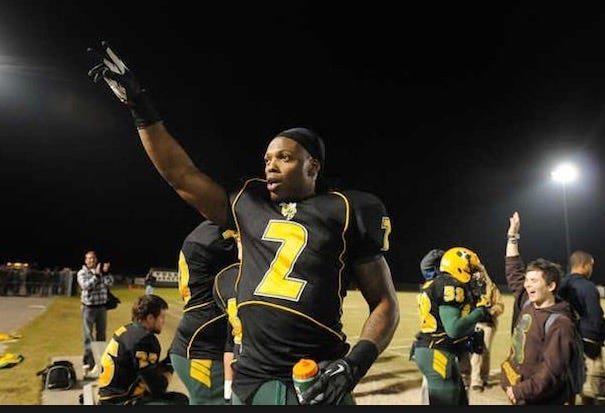 Sweet baby Jesus. Look at those numbers! Look at them! 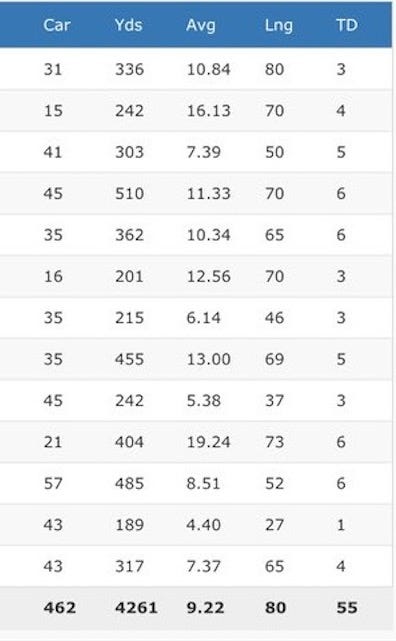 Feel like Derrick Henry’s senior year of high school stats should be considered in his Heisman campaign. Yeah they were years ago and have absolutely no bearing and McCaffery and DeShaun probably have some of the same, but like…those stats are insanity.

Props to East Gadsden for holding him to only 189 and 1 TD (his lowest production of the year). Must be like the ’85 Bears of high school football. 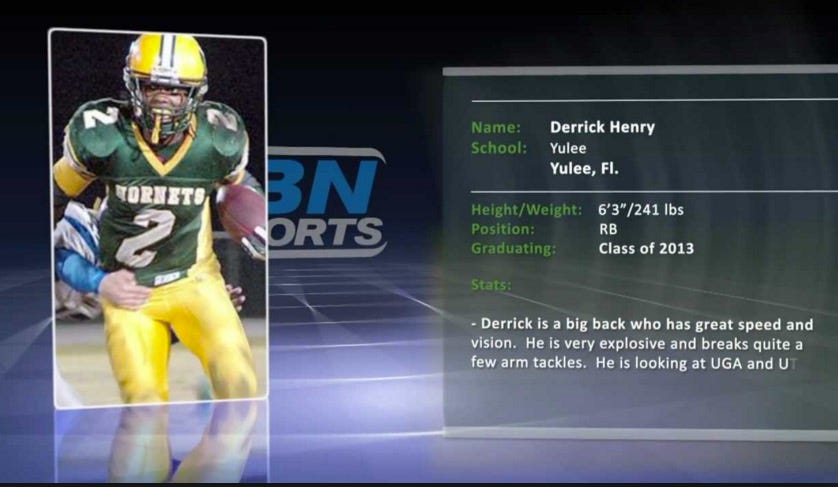 Taking a look at those carry totals, adding in the fact Saban is running him 40-50 times a game, we’re looking at an NFL shelf life of what? 1.5 seasons?