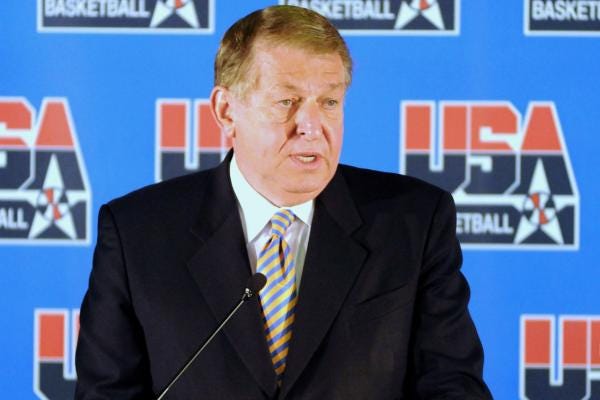 ESPN – Since the summer of 2014, NBA owners have been lobbying the league’s front office to step in with regard to the direction of the Philadelphia 76ers, sources told ESPN.com on Monday night. It was that effort that helped lead to the hiring of Jerry Colangelo to a senior position earlier Monday, the sources said. NBA commissioner Adam Silver was instrumental in forming the partnership between Colangelo and 76ers owner Joshua Harris, according to the sources.

HA! Joke’s on you, owners and reality. Go ahead and give force one of the best basketball minds out there with unlimited, big time connections to the greatest players on Earth on the Sixers. Within 2 years Jerry will hereby force his old balls on every major free agent in the land and convince them Philly is the place to be. Combine that with 2 potential lottery picks in 2016 (HELLLO BEN SIMMONDS), Saric, and a possibly living/breathing Embiid and guess what? This team has it made in the shade for a decade+. Thanks!

As for the Sixers looking like a CYO woman’s team last night to the Spurs, who cares? They already got a W under their belt. Might as well drop the rest of them this year. Again, this is the final season in the Trilogy Of Tank. Might as well make the best of it before they dynasty begins.