You want me to get white guys to run the basepaths? LOL! 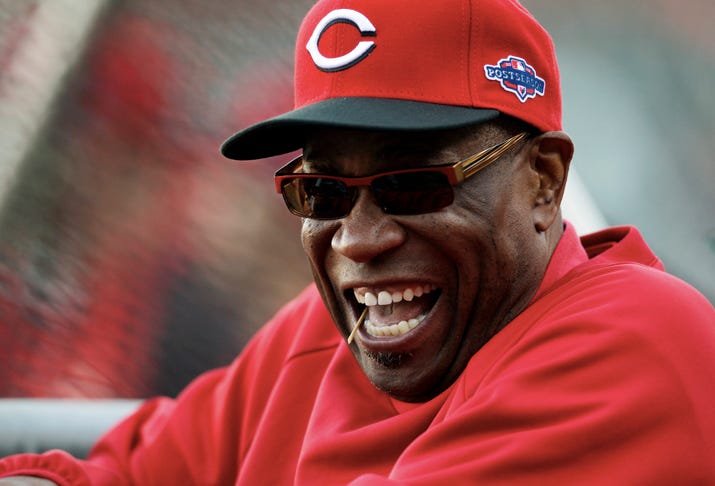 First of all, as Tyson Fury did, Dusty made it clear that he’s not being offensive. Secondly… well, this time he’s not actually being racist. White people are slow. That’s literally just how it is. If you had to name the fastest people in the MLB off the top of your head, how many whiteys make the list? One? Aside from Mike Trout it’s absolutely all people of color. You’ve got Billy Hamilton, Carlos Gomez, Dee Gordon, Jose Altuve, Jarrod Dyson, Lorenzo Cain. Maybe I put Brett Garnder on the list but I hate giving that guy props so I won’t. That’s a pretty colorful list. And, more importantly, you can’t be racist when you’re being complimentary. Saying black people can jump high or run fast isn’t insulting, it’s really nice. Not racist at all. So do your thing, Dusty. If you want a speed team then you absolutely should not be targeting white people. I’m a white man and I approve that message.

Update: I gotta apologize to Nate. I should have left this for him. I totally forgot the Nationals hired Dusty and assumed he was just hanging out at the Winter Meetings for the free drinks. That’s probably not a good sign for a manager.