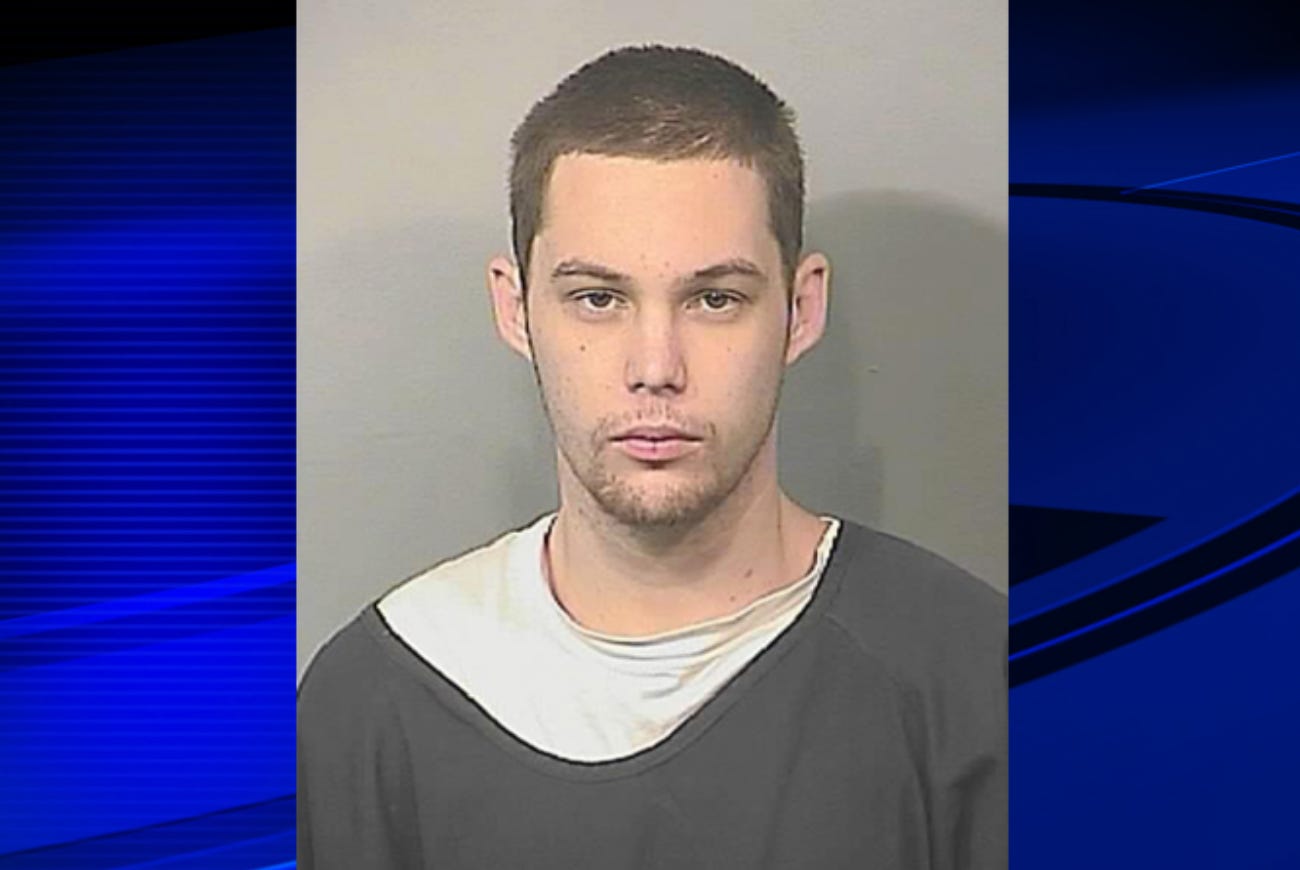 BAREFOOT BAY —  An accused burglar is dead after Brevard County deputies said he hid in a pond while on the run and was killed by an 11-foot-long alligator. Matthew Riggins, 22, of Palm Bay was reported missing Nov. 13. His body was found 10 days later floating in a pond near Latan Court and Barefoot Circle, in Barefoot Bay. Investigators said it had the makings of a gator attack. Shortly before Riggins was reported missing, he called his girlfriend and told her he’d be in the area breaking into homes, deputies said. “He was going to do burglaries in the Barefoot Bay area with another individual,” said Maj. Tod Goodyear, with the Brevard County Sheriff’s Office. Neighbors reported to authorities that they saw two men dressed in black lurking behind homes. Deputies began searching the area and were later joined by more deputies, K-9 units and a sheriff’s helicopter. Investigators said Riggins then called his girlfriend to tell her they were being chased and lying low. “Do you still hear them hollering, or did they hunker down?” deputies could be heard saying on radio traffic. Deputies called off the search that night, but then Riggins’ family reported him missing less than 24 hours later. “He probably went into the lake to hide from the officers and the dog, and came across that gator,” Goodyear said. “To hide somewhere to try and get away, and then meeting up with an animal like that, no, I’ve never had that happen before.” “He hid in the wrong place,” said Laura Farris, a Barefoot Bay resident.

Piss poor luck right there.  Even worse since it sounds like he found the one place where the police couldn’t find him.  Even the police dogs gave up.  That’s how you know it’s a good hiding spot as a criminal.  When the dogs can’t even find you.  Then what happens?  Oh whoops there’s a giant 11-foot alligator waiting for this guy in the lake and it eats him. Brutal. Guy couldn’t catch a break to save his life (literally).  First the police interrupt him from making a dishonest living so he runs away to find the perfect hiding spot then gets munched on by an alligator and winds up dead. How awesome must that of felt by the way?  Not the getting eaten by an alligator part, the part where the cops throw up their hands and say, “We can’t fucking find him.  He disappeared”?  That’s like back when you’d hide inside of the clothes rack at stores and your Mom would have a legit meltdown thinking she lost her small child. That was the GOAT hiding place. Alligator-less lake would be the #2 spot. Lesson learned for future robbers I suppose.