Had a pretty solid optimal lineup this weekend…but couldn’t quite break through to the big time.

Two biggest regrets from the weekend: 1, putting Donte Moncrief in my optimal lineup. 2, out of five lineups I entered into the Millionaire Maker, Allen Robinson was in 4. Take a look above and see which one he didn’t make it to.

Overall pretty good week though – out of those 5 lineups, I had 3 cash, and had a lot of exposure to the high scoring guys like A-Rob, Antonio Brown and Mariota. As usual let’s break down my main, optimal lineup listed above.

QB – Mariota was my featured blog play, and I was thrilled when lineups locked and I saw him sitting at 3% owned. That’s huge. Even huger, dropping a 41 spot – breaking 100 yards rushing was a nice little touch. Think I nailed that game pretty well overall – my exact quote was “not a game anyone wants to watch live, but plenty of fantasy goodness to go around.” You had Mariota going nuts, Bortles and Robinson going nuts, high scores all around.

RBs – Doug Martin was a guy I knew I wanted against the Falcons, but I was expecting a bigger game to be honest – he finally punched in a TD, but ending up at 95 yards was a kick in the balls. Jonathan Stewart was also an easy play for me, and the 19.3 points was solid. Finally, I said I’d probably be fading David Johnson, but at the end of the day I just flat out ran out of money – when you only have $3.5K left in salary and you got a starting RB available, kind of have to take him. He paid off, and 36% owned is at least better than those early Gurley days of 60-65%.

WRs – I was deadset on using Antonio Brown no matter how popular he was going to be – from the second that pricing came out I knew he was easily my favorite play. A nationally televised night game against a shitty defense = time for Antonio to shine. AJ Green was a last minute switch off of Alshon Jeffrey simply because I thought Jeffrey was going to be crazy owned – he was, but AJ’s 20% wasn’t exactly under the radar. And finally, Moncrief seemed like a solid contrarian place to look – coming off a 23 pointer, one of Hasselbeck’s favorite targets in a game that was going to be a shootout. Turns out it was, but only for the Steelers.

TE – Pairing up Delanie with Mariota was a no brainer. As was taking the Bengals D after that bum not named Johnny Football was given the start.

Now for this weekend’s plays – as usual, I’ll give some featured guys at each position who are my most solid plays, followed by some other risk/reward tournament plays that caught my eye.

Also with the bad news coming out of NYC this morning, really need to make this Sunday count…. 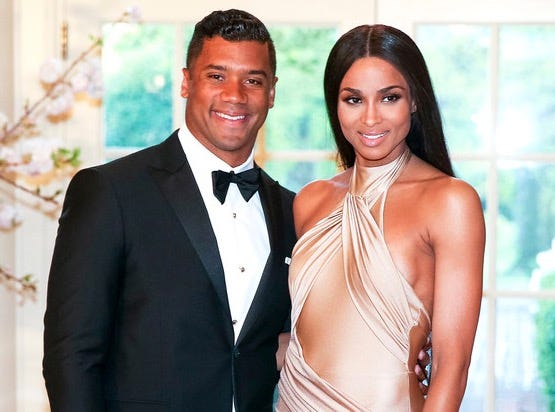 After my Mariota call last week I gotta stick with the running QBs right? Ok, it may seem like chasing points after 2 huge games, but I really think Russ has a shot at a third here. Despite their awful season and stats, the Ravens D still scares me, whether it’s reasonable or not. But Russ is playing like he heard all the criticism, heard teammates say he’s a “celebrity QB” now, and wants to make a point – despite all the God and Ciara and Recovery Water bullshit, he’s still a really, really freaking good quarterback. If he’s playing to prove something that’s even better for us, and if he’s running the ball a lot that’s double better for us. I expect the “safer” guys I like this week – Roethlisberger, Dalton, and Cam – to go highly owned, while Russ is rarely ever popular. It’s slightly risky obviously, but if Russ drops another 38 pointer, you’ll be riding high.

Others to consider: Roethlisberger and Dalton are both great plays in what should be a shootout. Gotta like Cam running around the dome, and Brady pissed off after 2 losses in a row is always a good bet. For some sneakier plays – Blake Bortles might not win you games in real life, but he can win you fantasy tournaments, and Jameis has a nice little matchup with the Saints D. Even sneakier? Tyrod Taylor has quietly been putting up good stat lines, and Philly is giving up the most FP to QBs over the past 3 weeks.

Also…Anybody have the guts to roll with Tannehill? 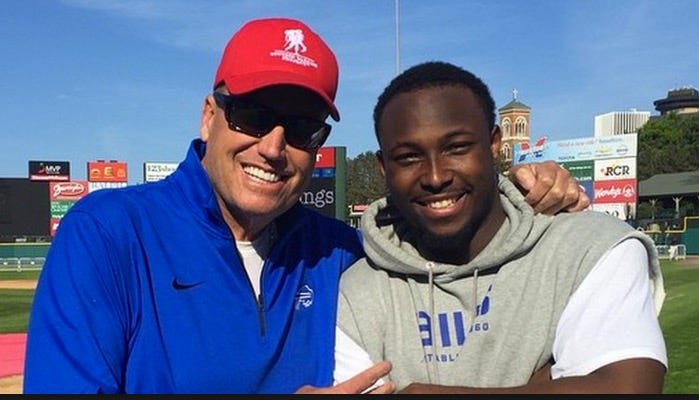 Normally I would take narratives and storylines and stuff like “revenge games” for what they are – fun stuff to focus on, make the games more interesting, try to convince yourself in your mind that it’s an actual real life advantage. But I have to say, I think the revenge factor for LeSean McCoy this week 100% applies to his fantasy outlook. I mean the guy hates Chip Kelly. He’s enraged at how the Eagles treated him. He’s got a massive chip (no pun intended) on his shoulder which is already motivating him. Now the kicker? His coach is Rex Ryan, who feeds into stuff like that more than anyone in league history probably. Making certain people captains for each game just to screw with the other side. You know he’s going to gear his entire offensive game plan around getting Shady his. Oh, and for the record, his actual production lately outside of all the narrative talk has been rock solid. So the only downside I see here is ownership levels possibly being too high (the early #s I’ve seen have Rawls as the #1 owned RB of the week) – something I’m definitely wary of, but less so considering the price is just too good.

Others to consider: I really like Buck Allen this week, and considering the Seahawks will be the most popular Defense, there’s a great shot he goes low owned. The Ravens have to get SOME yards, and Allen catching 10-12 balls out of the backfield is their only chance. Doug Martin is a good play but chalky – to get sneakier, I love paying up for Matt Forte despite the committee, and don’t look now but TJ Yeldon is bringing the heat. 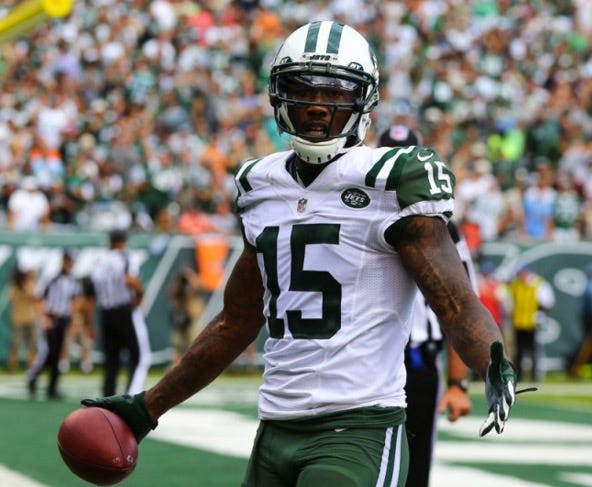 Your top two WR plays of the week are Antonio Brown and OBJ. That’s just a fact. I roster Brown every chance I get because nobody is more consistent and puts up 40 point games as easily as him, and OBJ is finally getting targeted by Eli the way he should be. But they’re also the 30-40% owned chalk plays, so for the sake of the blog I’m giving Brandon Marshall the feature spot. For some reason B-Marsh is always underowned in every tournament I ever play, despite always putting up good games. He’s very safe which makes him an ideal cash game play, but the reason I like him for tourneys this week is the upside that the Titans defense gives him. They got SHREDDED by the Jags #1 guy last week, and now it’s Marshall’s turn. Eric Decker is also a good play, but his price is finally creeping up and has a little less upside. My concern here is a slow pace and the Jets not needing to air it out that much, but the price-upside-matchup combo here has me all over B Marsh.

Others to consider: Like I said, Brown and OBJ are 1 and 2. I like Alshon Jeffrey for a bounce back game, and Mike Evans against that atrocious Saints D. For sneakier plays – I’m always looking at Travis Benjamin when JFF is at QB. He’s the perfect tournament play – always low owned and capable of putting up a massive game. Careful with his shoulder injury though, monitor his status.

Sammy Watkins is a boom or bust guy with huge BOOM potential, Doug Baldwin has been on fire, and Allen Hurns is a very sneaky high upside guy I like a lot.

TE is tough this week. You can pay up for Greg Olsen – tough matchup, but he’s been as safe as it gets lately. Mariota loves Delanie Walker so I do too. There are the usual suspects – Kelce, Barnidge, Eifert – but I don’t love any of them so it’s basically a dart throw. I’d have to say my favorite options are Jordan Reed sitting way down at $5.1K who has stayed healthy and been pretty solid, Scott Chandler filling in for Gronk again…or going a little nuts and springing for a true boom or bust value play like Sefarian-Jenkins or Will Tye. Will probably be a last minute call.