Click here to get automatic downloads for Daily Mail 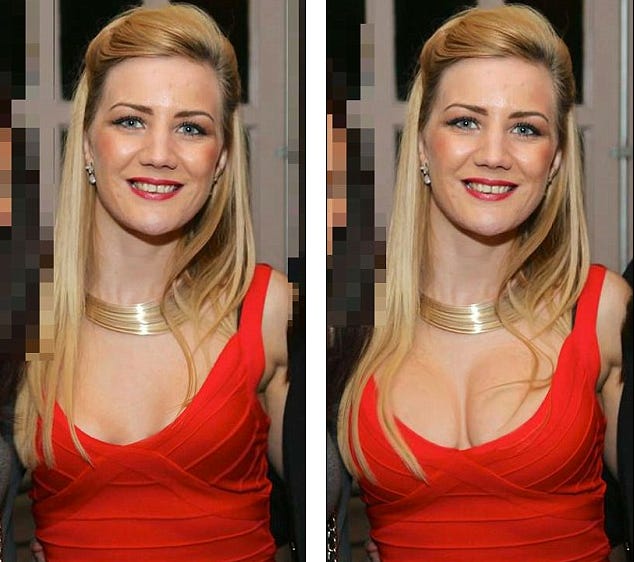 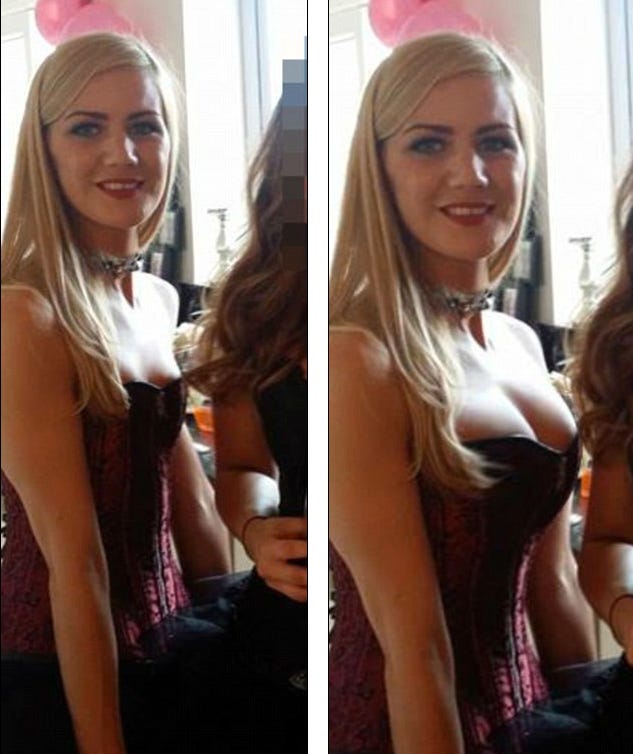 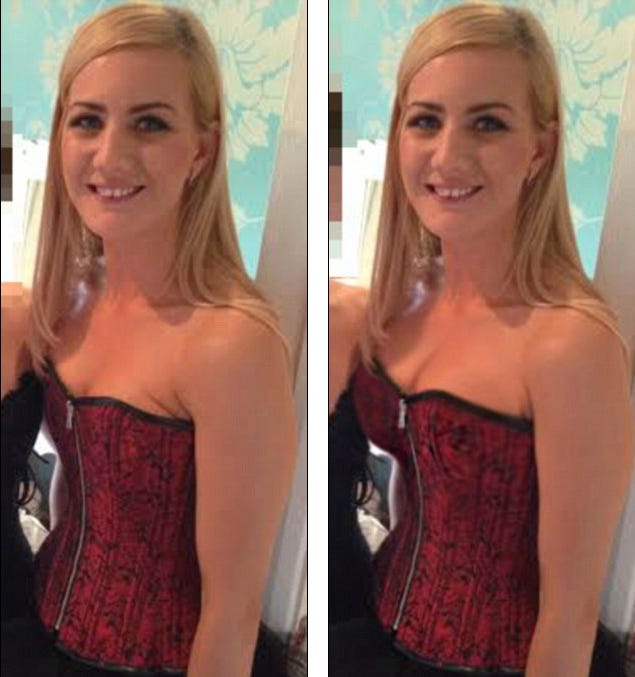 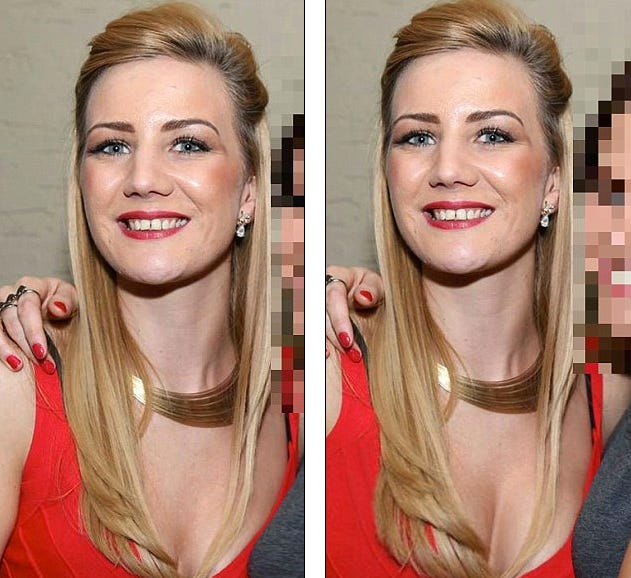 Daily Mail - If you’re a woman looking for love, it seems that size really does matter after all.  An experiment has found that a woman with DD-cup breasts got 34 per cent matches on the dating app Tinder compared with an identical profile for the same girl with an A-cup. And a selection of the responses from her would-be suitors showed they were more likely to make a comment on her appearance in the DD-cup photos.   They used Photoshop to enhance her cleavage from an A-cup to a DD-cup in a series of photos.  Her main profile showed Carla wearing a plunging red bodycon dress that allowed her to flaunt her cleavage.  Researchers then indiscriminately swiped right on 1000 men’s profile as both A-cup Carla, and DD-cup Carla. And their results showed that the bustier Carla was over a third more popular. Her profile with bigger breasts got 809 matches – 207 more than her flat chested twin.   Comparing a selection of the messages she received from her matches also showed a difference between the profiles.  While nobody mentioned her generous cleavage, men were more likely to make a comment on Cara’s appearance in the profile where she has bigger breasts.

Stop the presses! Dudes on Tinder like titties! You cant photoshop your personality on Tinder. Can throw a filter on your intelligence on Tinder. But what you can do is give yourself an awesome fucking rack. As you should. Why not? I mean this chick shouldnt have stopped there. She should have fixed those choppers: 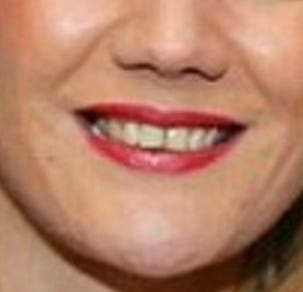 Because I couldnt even get to the tits once I saw that dead tooth. And the reality of the matter is this chick is still hot enough that once you meet in person and realize she’s flat and has George Washington teeth, it doesnt really matter. Sure, guys will be like, damn, I wanted to TF that chick and now I cant. Or like, damn, I usually dont hook up with chicks who have wooden teeth. But most of them will be like “Whatever fuck it.” I’m not saying you’ll find true love, but you can get away with it. Tits are sneaky too. Theres all sorts of tricks you can do with your rack. So I’d be more inclined to just say its a push up bra or my eyes are playing tricks on me than accuse you of doctoring your pics. Remember, at the end of the day, we’re still trying to get laid and will let you get away with almost anything to do so.

?We also got the dude eaten by an alligator hiding from police in a pond, first US penis transplant is about to go down, NJ gas station owner charges 2x as much for his gas and DGAF, Georgia woman puts up an ad on Craigslist for “unwanted babies.” Plug in juice up.