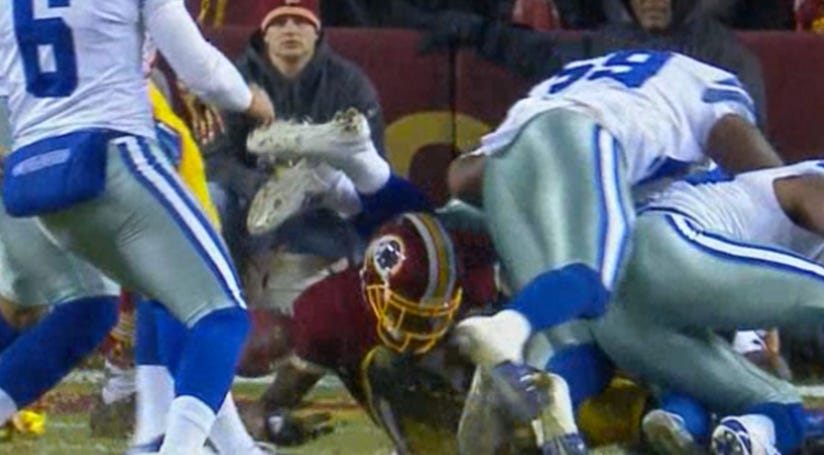 Sigh. Sigh, sigh, sigh. The Skins had every opportunity to win last night and gave it away. Gave it away 500 different times and with 500 different mistakes. The Skins came out passive, mistake-prone, and ugly. They could have stepped up and punched the Cowboys in the mouth with blitzes, with deep balls to DeSean, with play action passes, with Cousins rolling out of the pocket…and they did none of that. They barely got to Matt Fucking Cassel at all, and the playcalling on offense was atrocious. It was the most boring, pussy-played game I’ve seen in a long time. Run up the middle, run up the middle, incomplete pass, punt: the story of the first quarter/basically the entire game if you had to summarize the playcalling. On both sides of the ball there was no creativity, there was no taking advantage of the Cowboys’ weaknesses and the Redskins strengths…just mundane, boring, and bad all around.

And then special teams. We can talk about DeSean running a punt from the 20 back to his own end zone, and then fumbling, until the cows come home. Horrific, awful, terrible, every adjective in the book. And we can talk about Dustin Hopkins as well. Missing a field goal, and then not kicking the ball through the endzone with under a minute left. He was brought in specifically to kick touchbacks on kickoffs, and he couldn’t do it. Which led the special teams blunder of allowing the kick to be run back to the 40. Props to the Cowboys Dan Bailey for nailing a 54 yarder on our field–not sure that’s ever been done before, as our field resembles a mine field in Afghanistan by the end of the night.

The Redskins had 3 fumble recoveries that left them with a short field and got 3 points from those. That’s not a way to win football games. When I talk about the Skins just not quite being there, this is what I mean. From the DC Sports Bog: “Over the last two games, the Redskins have now forced six turnovers. They’ve turned them into a grand total of three points. That virtually screams “5-7 team.”

Good football teams don’t have special teams blunders like the Skins. They don’t commit 9 penalties for 73 yards. They get pressure on Matt Cassel and make him throw bad balls. They average more than 2 yards per carry on the ground. And they don’t run punts back to their own god damn end zone.

Somehow, someway, the Skins can still make the playoffs. It’s nuts. Last night was pretty much what the Skins are. I’m optimistic for the future of the team, but I’m comfortable with what we are- a meh team with lots of good pieces, but still a while to go. The playoffs are still a possibility though, and we’ve seen that when the Skins don’t make bad decisions, don’t have all sorts of blunders, and play their best, they are dangerous. So who knows what they are capable of this year, but more importantly, beyond.